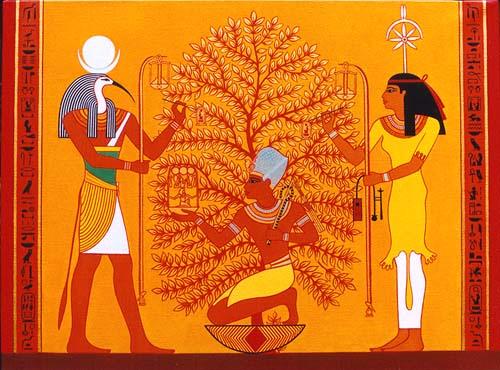 In this episode Justen and Cris compare popular pagan claims about Christmas, with corresponding contradictions in historical documentation. The adventure includes controversial alternative views, as well as answers the question “Should Christians divide over Christmas?”. Join us tonight for these and much more! This is one broadcast you won’t want to miss!

Christmas on December 25th is not from Paganism!

If you frequent social media, then you’ve probably been inundated with smarty pants pseudo scholars calling Christmas a “pagan holiday.” These under-informed accusers believe they have the goods with bold claims like Christmas trees are forbidden in Jeremiah 10 (a passage about the manufacture of Canaanite idols) and that the date of December 25th was adopted from the pagan holiday of Saturnalia (actually December 17th). The best way to respond to these claims is to ask them what evidence they have (from source documents). Most of the time this question will cause them to change the subject or elicit the chirping of crickets.  The truth is most of the claims are dubious and have no actual evidence.  Even if there were other holidays on the same date, it does not mean that they were even aware of each other. Correlation does not necessarily imply causation. The leaps in logic are prohibitive and there is no source claiming the Christians appropriated pagan days until the 12th century! In the real world. reputable ancient source documents lay waste to the popular pagan origins theory concerning December 25. Biblical Archaeology Review is a serious journal respected by real biblical scholars. The article How December 25 Became Christmas provides ample evidence debunking the pagan origins myth, showing how it actually began, and even demonstrating how 12-5 was decided to be the date of Jesus’s birth. This dates back to the second century ( I challenge pagan theorists to antedate it).

Around 200 C.E. Tertullian of Carthage reported the calculation that the 14th of Nisan (the day of the crucifixion according to the Gospel of John) in the year Jesus diedc was equivalent to March 25 in the Roman (solar) calendar. March 25 is, of course, nine months before December 25; it was later recognized as the Feast of the Annunciation—the commemoration of Jesus’ conception. Thus, Jesus was believed to have been conceived and crucified on the same day of the year. Exactly nine months later, Jesus was born, on December 25.[1]

Of course, I am a nerd with Logos Bible Software and a searchable database of ancient documents including Tertullian. I verified the claim from the original source documents, Tertullian wrote:

And the suffering of this “extermination” was perfected within the times of the lxx hebdomads, under Tiberius Cæsar, in the consulate of Rubellius Geminus and Fufius Geminus, in the month of March, at the times of the passover, on the eighth day before the calends of April (March 25)[2]

The belief was that he died on the same day he was conceived. They believed the conception was on March 25 which became the Feast of the Annunciation, commemorating the angel’s appearance to Mary:  “In the sixth month the angel Gabriel was sent from God to a city of Galilee named Nazareth” (Luke 1:26

) This idea appears in an anonymous Christian treatise titled On Solstices and Equinoxes from fourth-century North Africa:

The rationale was innocent enough, just add nine months to date of conception to determine when He was born and it lands on December 25th.  It’s that simple. Paganism had absolutely nothing to do with it. Note:  Due to so may folks missing the point, I do not think Jesus was born on Dec 25th; the point of this post is that the early church did not chose the date based on a pagan holiday but rather when they assumed he was conceived (mistaken or not). [1]Andrew McGowan, “How  December 25th Became Christmas ” Biblical Archeology Review, 08/12/2014 http://www.biblicalarchaeology.org/daily/biblical-topics/new-testament/how-december-25-became-christmas/#location1 [2] Tertullian, “An Answer to the Jews,” in Latin Christianity: Its Founder, Tertullian, ed. Alexander Roberts, James Donaldson, and A. Cleveland Coxe, trans. S. Thelwall, vol. 3, The Ante-Nicene Fathers (Buffalo, NY: Christian Literature Company, 1885), 160. [3] De solstitia et aequinoctia conceptionis et nativitatis domini nostri iesu christi et iohannis baptista  as cited by Andrew McGowan, “How  December 25th Became Christmas ” Biblical Archeology Review, 08/12/2014  http://www.biblicalarchaeology.org/daily/biblical-topics/new-testament/how-december-25-became-christmas/#note11

Is it wrong for a Christian to celebrate Christmas?  Are our Christmas traditions mired in pagan symbolism?  Is Christmas a day that once belonged to an assortment of sun gods?  Can a Christian celebrate the birth of Jesus Christ on December 25th in spirit and truth?  Should we?  Where did these “Pagan Christmas” ideas come from? These are the questions we’re taking on in this very important Christmas episode of Beyond Extraordinary. (A couple of spots during the interview have some audio interference due to a troublesome connection)

Beyond-Extraordinary-Christmas-Cliff-Garner.mp3 Articles mentioned in the introduction: Incredible True Story of ‘O Holy Night’ Defending Christ the King – Refuting the Pagan Roots Lie Articles by Cris Putnam: Christmas on December 25th is not from Paganism! Christmas Trees Are Not Pagan!

Some calculations on Christmas….
http://theroadtoemmaus.org/RdLb/31JdXn/Christnty/SpLf/ChYr/ChristmDat.htm#More_Dating_on_Christmas_-_2
Why not celebrate Christmas? http://joyfullygrowingingrace.wordpress.com/2013/12/03/christs-birth-why-its-okay-to-celebrate-2/
The 354 calendar…
http://www.tertullian.org/fathers/chronography_of_354_06_calendar.htm
Games not instituted Dec. 25, but by Aurelian. Some issues. http://www.answering-islam.org/pagan/christmas.html
1965 article that tends to prove Dec. 25 date
http://nabataea.net/birthdate.html