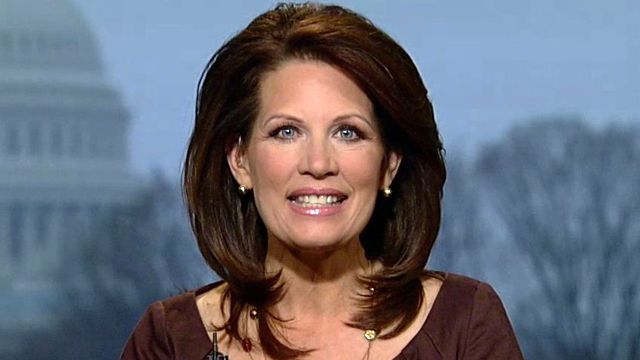 Rep. Michele Bachmann (R-MN) has been an outspoken voice against the infiltration of the Muslim Brotherhood into the halls of the United States federal government, and she has taken the shots against her, even by those who claim they are on her side. Recently, the Minnesota congresswoman was interviewed by Tony Perkins of the Family Research Council (FRC) and told him that Barack Obama has embraced “the agenda of Islamic jihad,” and that agenda includes both the destruction of Israel and converting the “United States into an Islamic Caliphate.”

“While the president continues to say that this is not about the religion of Islam,” Bachmann said in an interview on a radio show produced by the Family Research Council. “This has everything to do with the tenets of Islam… it is a new state that is being put together for the purpose of destroying Israel and to turn the United States also into an Islamic Caliphate… I have been very surprised to see the president of the United States at every turn… embrace and lift up the agenda of Islamic jihad.”

Bachmann was referring to a report in the Wall Street Journal that stated President Obama wrote secret letters to the Iran’s Supreme Leader Ayatollah Ali Khamenei about having a shared interest in fighting the Islamic State and reaching an agreement on Iran’s nuclear program.


“Now when in the world — and by that, I mean the goals of the Islamic State, the fact that they want their own state. Our president, we know now, is writing secret notes to the Ayatollah in Iran; there’s a recent report that the president is trying to have private meetings with the Ayatollah in Iran. Iran is very clear about their goal — their goal is to have a nuclear weapon. They’ve said, unequivocally, they will use it against the United States and against Israel.”


Bachmann said she used time at the White House Christmas party earlier in December when members of Congress take photos with the president to tell him to “please end their nuclear program.”


“I used that time to talk to him about a nuclear Iran, and I asked him to please end their nuclear program, because we have the capacity to end it. And I said, ‘Mr. President, this will be on your watch.'”


Bachmann said the president spoke to her condescendingly when he answered.


“And he laughed at me condescendingly, and he said: ‘Well, Michele, it isn’t that easy. But that’s okay.’ Like patting me on the head, like I didn’t know what I was talking about. And I looked back at him, and I said: ‘Mister President, if Iran has a nuclear weapon, it will be on your watch. And the history of the world will change, because of your failure to act.'”


Some may claim that Bachmann is “out to lunch” on this and is merely an “Islamophobe” for making such claims. However, as Ben Barrack has said, “The claim is only outrageous when viewed in a vacuum, not when viewed in the context of Obama’s background, decisions while president, and people he has in his administration.”

Unless we forget, Obama stood and engaged in taqiyyah when he told the American people that the Islamic State was neither Islamic nor a state. Other examples of the Obama administration standing with Islamists include his State Department’s recent working alongside a designated terrorist organization in order to whitewash their terrorist connections, and John Kerry’s taqiyyah claim that “The real face of Islam is a peaceful religion based on the dignity of all human beings.”

Barack Obama poked America’s veteran’s in their eyes, while at the same time committing treason by funding, supplying arms and military equipment to America’s enemies, the Muslim Brotherhood. He traded known five known Islamic Taliban terrorist leaders for one American deserter, and one of those leaders has already vowed to fight the US.

As for Bachmann, earlier this year, after putting forward legislation that would label the Muslim Brotherhood a terrorist organization, much like the United Arab Emirates did, she warned that Obama would be granting amnesty to Islamic terrorists, and it seems that no one is listening. However, history will demonstrate that Mrs. Bachmann was right in doing what she did.
Read more at http://freedomoutpost.com/2014/12/michele-bachmann-obama-embraces-agenda-islamic-jihad-convert-united-states-islamic-caliphate/#HgwjhqbI6SMfPeED.99