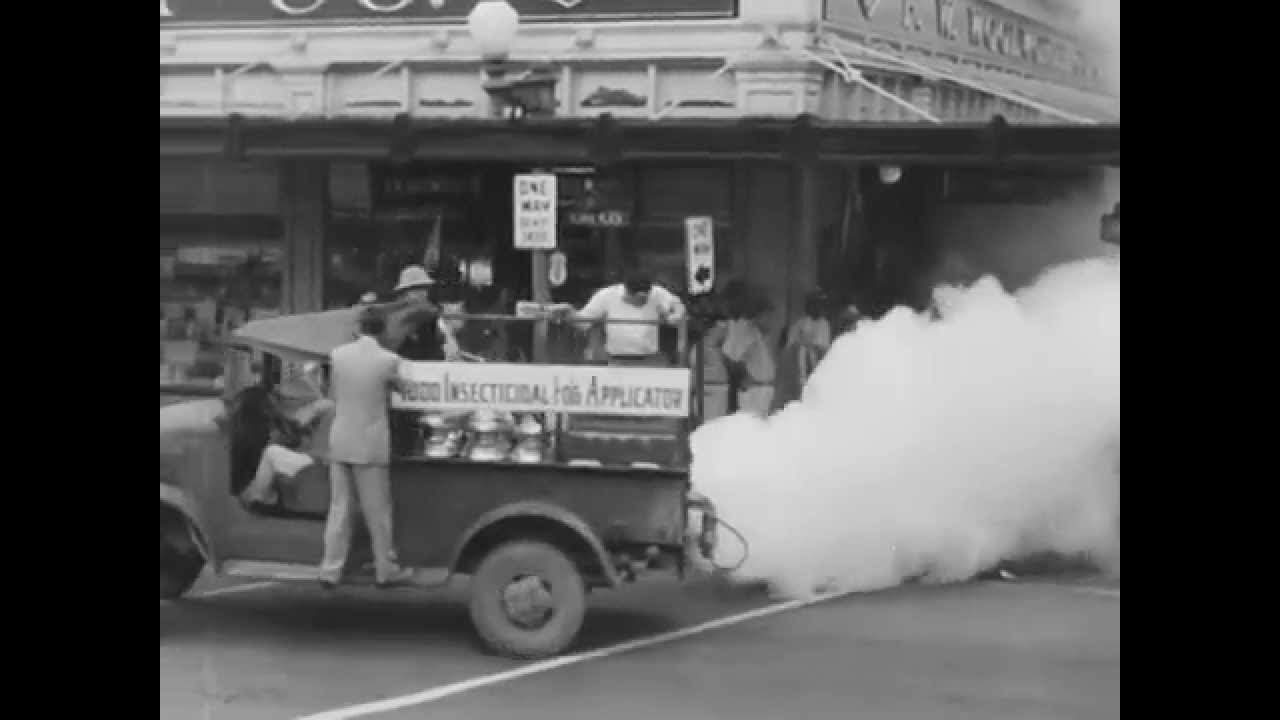 The following article Pesticides and Polio: A Critique of Scientific Literature, is by Jim West (abridged). It was first published in The Townsend Letter for Doctors and Patients, June 2000, then republished as a 2nd edition in 2002 by The Weston A. Price Foundation, with additional material and the editorship of Sally Fallon. The article summarizes his book, “DDT/Polio”, which he had attempted to publish in 1998. This is a 3rd edition, August 14, 2015.

Pesticides and Polio: A Critique of Scientific Literature – Jim West

The following statement appeared in the Handbook of Pesticide Toxicology, 1991, edited by Wayland J. Hayes and Edward R. Laws:

“It has been alleged that DDT causes or contributes to a wide variety of diseases of humans and animals not previously recognized as associated with any chemical. Such diseases included. . . poliomyelitis, . . . such irresponsible claims could produce great harm and, if taken seriously, even interfere with scientific search for true causes. . .”1

Hayes and Laws were informing their readers about the heretic, Dr. Morton S. Biskind. In 1953, when Biskind’s writings were published, the United States had just endured its greatest polio epidemic.

The entire public was steeped in dramatic images–a predatory poliovirus, nearly a million dead and paralyzed children, iron lungs, struggling doctors and dedicated nurses. The late president Franklin D. Roosevelt had been memorialized as a polio victim who was infected with the deadly poliovirus near the beautiful and remote island of Campobello.

The media was saturated with positive images of scientific progress and the marvels of DDT to kill disease-carrying mosquitos. Jonas Salk was in the wings, preparing to be moved center stage. 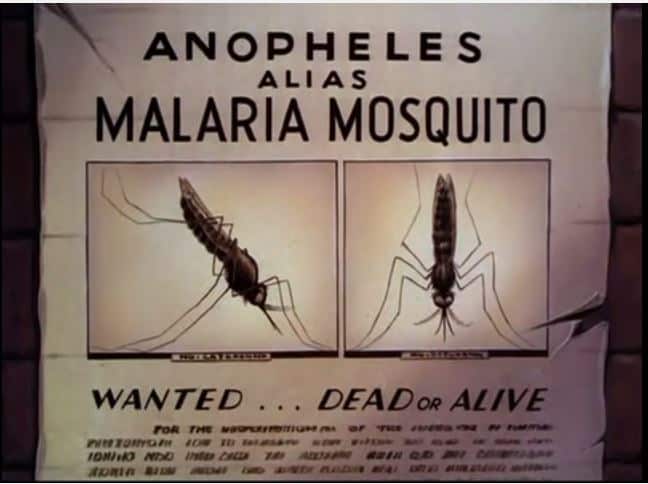 Through this intellectually paralyzing atmosphere, Dr. Biskind had the composure to argue what he thought was the most obvious explanation for the polio epidemic:

Today, few remember this poignant writer who struggled with the issues of pesticides, issues that Rachel Carson would be allowed to politely bring to public awareness nine years later, as the lead story in The New Yorker magazine and then as a national best seller, by limiting her focus to the environment and wildlife. Biskind had the audacity to write about human damage.

What could possibly have motivated Hayes’ and Laws’ biased genuflection towards germ theory? Such offerings, commonly written into the final paragraphs of scientific articles, are usually done with an appearance of impartiality.

With great anticipation, I went to a medical library and found Biskind’s 10-page 1953 article in the American Journal of Digestive Diseases. Presented below are excerpts regarding polio from the article.

“In 1945, against the advice of investigators who had studied the pharmacology of the compound and found it dangerous for all forms of life, DDT (chlorophenoethane, dichlorodiphenyl-trichloroethane) was released in the United States and other countries for general use by the public as an insecticide. . . .

“Since the last war there have been a number of curious changes in the incidence of certain ailments and the development of new syndromes never before observed. A most significant feature of this situation is that both man and all his domestic animals have simultaneously been affected. In man, the incidence of poliomyelitis has risen sharply. . . .

“It was even known by 1945 that DDT is stored in the body fat of mammals and appears in the milk. With this foreknowledge the series of catastrophic events that followed the most intensive campaign of mass poisoning in known human history, should not have surprised the experts. Yet, far from admitting a causal relationship so obvious that in any other field of biology it would be instantly accepted, virtually the entire apparatus of communication,lay and scientific alike, has been devoted to denying, concealing, suppressing, distorting and attempts to convert into its opposite, the overwhelming evidence. Libel, slander and economic boycott have not been overlooked in this campaign. . . .

“Early in 1949, as a result of studies during the previous year, the author published reportsimplicating DDT preparations in the syndrome widely attributed to a ‘virus-X’ in man, in‘X-disease’ in cattle and in often fatal syndromes in dogs and cats. The relationship was promptly denied by government officials, who provided no evidence to contest the author’sobservations but relied solely on the prestige of government authority and sheer numbersof experts to bolster their position. . . .

In acute exacerbations, mild clonic convulsions involving mainly the legs, have been observed. Several young children exposed to DDT developed a limp lasting from 2 or 3 days to a week or more. . . .

“Simultaneously with the occurrence of this disorder [X-disease], a number of related changes occurred in the incidence of known diseases. The most striking of these is poliomyelitis.

In the United States the incidence of polio had been increasing prior to 1945 at a fairly constant rate, but its epidemiologic characteristics remained unchanged.

Beginning in 1946, the rate of increase more than doubled. Since then remarkable changes in the character of the disease have been noted. Contrary to all past experience, the disease has remained epidemic year after year.”

“Particularly relevant to recent aspects of this problem are neglected studies by Lillie and his collaborators of the National Institutes of Health, published in 1944 and 1947 respectively, which showed that DDT may produce degeneration of the anterior horn cells of the spinal cord in animals. These changes do not occur regularly in exposed animals any more than they do in human beings, but they do appear often enough to be significant.”

He continues, bearing his exasperation in trying to make the obvious plain.

“When the population is exposed to a chemical agent known to produce in animals lesions in the spinal cord resembling those in human polio, and thereafter the latter disease increases sharply in incidence and maintains its epidemic character year after year, is it unreasonable to suspect an etiologic relationship?”

American DDT literature as a whole intends to convey that DDT is not dangerous except with regard to its general environmental effects due to persistent bioaccumulation, and that the physiology of acute DDT poisoning is therefore trivial.

“Conspicuous histological degeneration was, however, often found in the central nervous system. The most striking ones were found in the cerebellum, mainly in the nucleus dentatus and the cortex cells. Among other things an increase of the neuroglia and a necrotic degeneration and resorption of ganglionic cells was found. The Purkinje cells were less seriously affected than the other neurons. Also in the spinal cord abnormalities of a degenerative nature were found. . . . such changes were not found invariably. . . there is neither an obvious relation between the size and spreading of the lesion and the quantity of DDT applied. . . . information of adequate precision about the nature of the anomalies is lacking.”

The cerebellum and the spinal cord are especially affected by DDT.

More recently, in the works of Ralph Scobey, MD,it was found that from ancient times to the early 20th century, the symptoms and physiology of paralytic poliomyelitis were often described as the results of poisoning. It wasn’t until the mid-19th century that the word “poliomyelitis” became the designation for the paralytic effects of both severe poisoning and polio-like diseases assumed to be germ-caused.

Today, various other forms of the word “polio” are still used to describe the effects of neurotoxins, although usually with regard to paralysis in animals.

In contemporary Britain, a farmer turned scientist, Mark Purdey, has found substantial evidence that mad cow disease, a form of polio-like encephalitis, was caused by a government mandated cattle treatment consisting of organophosphate pesticide and a compound similar to thalidomide.

Unlike most scientists, Mark Purdey became legally embroiled with the government during his research, and

” . . . was shot at, blockaded in his home to prevent him giving a lecture, and saw a new farmhouse go up in flames the day he
was due to move in.”

Morton S. Biskind had the courage to write about humans. His views fell into disfavor after the introduction of the polio vaccines, which was a grand act that proved in most people’s minds that polio was caused by a virus.

By October, 1955, Biskind, whose works had been published in established medical journals and who testified before the Senate on the dangers of pesticides, was forced to self-publish his writings. A scan of MEDLINE finds no other works by him except for a very tame article in 1972, warning that diseases incurred during a patient’s stay in a hospital are not necessarily due to microbes. He died not long thereafter, in his late 60s.

Governmental hearings, including those with Biskind, Scobey and others, brought about greater awareness of DDT dangers, as well as better labeling and handling methods. Due to public governmental debate in 1950-51 and numerous policy and legislative changes afterward,8,9,10,11 DDT production figures after these dates do not correlate with US usage or exposure to DDT.

After 1950, DDT was continually incriminated until its registration cancellation in 1968 and ban in 1972.

So 1950 marked a point of increased public awareness, changes in legislation and policy, voluntary phaseout, labeling requirements and discouragement from use in dairy farms. Much of the usage in the US may have moved over to forestry applications, placing less DDT directly into the food chain.” Jim West

This article first appeared in the Fall edition of Wise Traditions in Food, Farming and the Healing Arts, the quarterly magazine of the Weston A. Price Foundation.