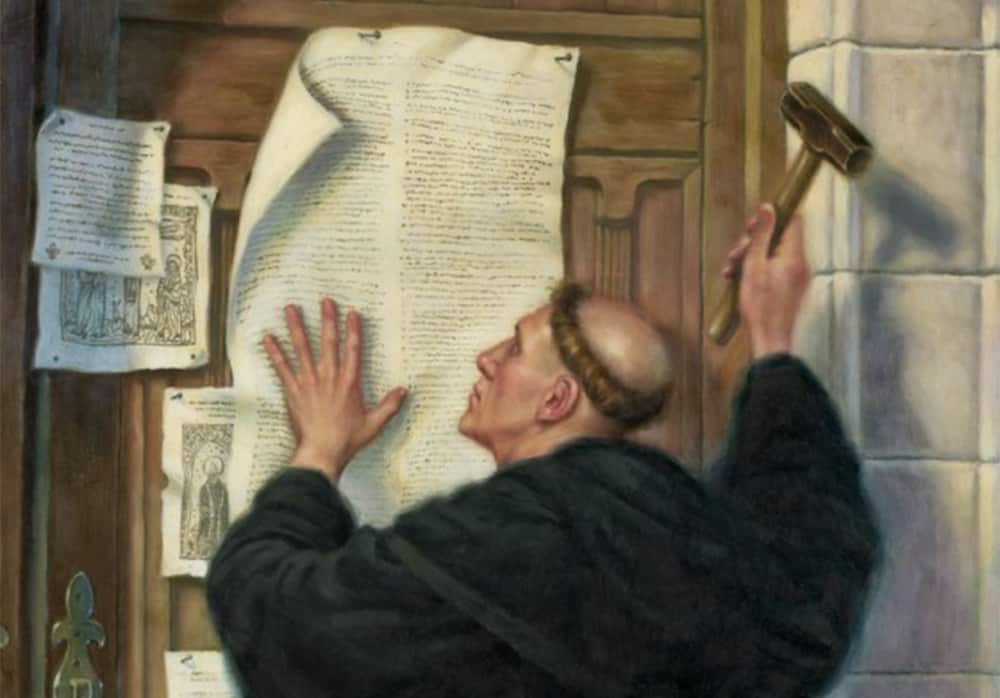 “I am the LORD your God, which brought you forth out of the land of Egypt, that ye should not be their bondmen; and I have broken the bands of your yoke, and made you go upright.” (Lev. 26:13 KJV)

Make no mistake about it: it was a real deliverance. It was real bondage; real slavery; real tyranny; real whips; real chains; real beatings; and real death. And while there is certainly a spiritual correlation between the deliverance Christ extends to the soul and the deliverance of the children of Israel under Moses, let’s not forget that The Exodus recorded in the Old Testament book named after the event was a literal, physical, and, yes, political reality. Real men and women were taken out of real slavery and given real freedom. It was not merely spiritual freedom; it was physical and political freedom. Men and women didn’t just march out of Egypt in their hearts; they marched out of Egypt on their feet.

Is there any professing Christian today who would disparage what the children of Israel did when they walked out of Egypt? Who is the pastor or church leader who would dare question the legitimacy and rightness of what Moses did in bringing the Hebrews out of bondage?

For that matter, all of the Old Testament events that are lauded and extolled by New Testament writers as being “ensamples” for us, were literal events. There is certainly nothing wrong with making spiritual correlations to these events but not at the expense of denying or denigrating the literalness of the events. David used a real sling and killed a real giant and took a real sword and cut off his real head. Gideon, Barak, Jephthah, and Samson led real revolts against real oppressors. Queen Esther violated a real law and risked her real life to intercede for real people. After Esther’s real bravery, the Hebrews were given real swords and real spears and successfully defended themselves against real enemies really intent on killing them. The list is endless.

I say all of this, because it seems that the vast majority of pastors and Christians today do not equate the real-life stories of Biblical history with practical reality in modern life. Everything is spiritualized away. But Bible history is the story of one exodus after another, one separation after another.

Martin Luther walked up to the Castle Church in Wittenberg and used a real hammer and nails to post a real 95 Theses on a real church door.

Martin Luther walked up to the Castle Church in Wittenberg and used a real hammer and nails to post a real 95 Theses on a real church door. Zwingli took a real sword into a real battle and died a real death in defense of real liberty. The pilgrims walked out of one European country after another until they climbed into real boats that sailed over a real ocean and landed in a new land in search of real freedom. Our patriot forebears wrote a real Declaration of Independence and fought a real revolutionary war in order to bequeath to their posterity real liberty. Dietrich Bonhoeffer separated from the German Church and formed a real protest movement known as the Confessing Church and collaborated with a real conspiracy to rid a real tyrant from his country. Again, the list is endless.

To, again, quote Bonhoeffer, “Silence in the face of evil is itself evil: God will not hold us guiltless. Not to speak is to speak. Not to act is to act.”

Then there are those who think that the spiritual message somehow trumps everything else. As long as their pastor preaches “the Gospel,” nothing else matters.

Many Christians have written me in an attempt to justify them remaining in churches that refuse to take a stand for liberty. For some, it is a matter of tradition. For the life of them, they cannot imagine themselves separated from their liturgies or denominations–as if somehow their acceptance before God depends on them. It doesn’t! For others, it is an unwillingness to separate from friends. To them, church is mostly a social institution. Still others are addicted to programs. They have been deluded into thinking that somehow religious programs equals spirituality. They don’t! Then there are those who think that the spiritual message somehow trumps everything else. As long as their pastor preaches “the Gospel,” nothing else matters. Of course, many of these same people have jumped from church to church over any number of issues: music, children’s programs, youth programs, building programs, the pastor didn’t visit them when they were sick, etc., etc., etc. Yet, when it becomes obvious that their pastor will not take a stand for liberty, they continue to support the pastor because “he is preaching the Gospel.”

And I have had sincere believers approach me saying that they are willing to overlook their pastor’s silence, because they believe the pastor is simply ignorant and just doesn’t understand the issues. I will admit that this is a valid point. All of us were enlightened at different rates of speed. None of our eyes were opened to these things overnight. But the real question is how open is your pastor to the truth? Is he open at all? Or, does he dismiss out-of-hand any attempt to make him aware of reality? The sad truth is the vast majority of pastors seem to be “willingly ignorant.” Not only are they not aware of what’s going on; they don’t want to be aware of what’s going on.

How long are you going to wait for your pastor to wake up? How many links must be added to the chains of oppression before you decide you might need to find a pastor and church that are engaged in the liberty fight? How long are you going to support your pastor’s indifference and ignorance? Let me be blunt: as long as your pastor is preaching to a packed church, as long as the offering plates are full, as long as his ministry is “successful,” you are going to be waiting for a long, long time for him to awaken. As far as he is concerned, God is blessing his efforts. The church is full; the offering plate is full; new buildings are planned; he is popular. You can give him all of Chuck Baldwin’s video sermons you want; you can urge him to listen to Alex Jones all you want; you can give him all of the DVDs and articles you want. He won’t read or watch them, and if he does, he won’t act on them. Why? He is content to be ignorant. Life is too good.

Without the patriot-pastors in Colonial America, there would have been no Lexington Green, Concord Bridge, Bunker Hill, Declaration of Independence, US Constitution, or United States of America.

Folks, I know I have said this before, but I say it again: until Christians by the droves remove themselves from these establishment churches that refuse to join the liberty fight, there is little hope for freedom. Without the patriot-pastors in Colonial America, there would have been no Lexington Green, Concord Bridge, Bunker Hill, Declaration of Independence, US Constitution, or United States of America. It was the combined efforts of pastors such as Jonas Clark, John Witherspoon, Ebenezer Baldwin, and James Caldwell as much as it was the efforts of political figures such as George Washington, Thomas Jefferson, Sam Adams, and Patrick Henry that brought the American colonies out of British bondage.

It is not the presence of political parasites that are destroying our country; it is the absence of patriot-pastors.

Moses and the children of Israel literally walked out of bondage. So must God’s people today. If your pastor and church are content to let you and your family live in bondage, walk out. If he is unwilling to engage the liberty fight, walk out. God’s command to Abram to “Get thee out of thy country” was no less painful than the Holy Spirit’s command to us to “Get thee out of thy church.” And one of the final appeals of Heaven to believers is, “Come out of her, my people.” The “her” here is the Babylonian world system, of course. But need I remind readers that the Babylonian world system is a system that enslaves people? It always has; it always will. So, why would a believer stay in a supposed church that refuses to resist the Babylonian world system that seeks to enslave them? Why?

The Gospel is more than the death, burial, and resurrection of Christ. The Gospel is “the whole counsel of God.” We would have a very thin Bible if the only verses in it were those which specifically deal with Christ’s death and resurrection. If that’s all the Gospel God wanted us to know, why did He give us the rest of Holy Writ?  And why do we have the law of God “written in our hearts”?