“And I saw a great white throne, and him that sat
on it, from whose face the earth and the heaven
fled away; and there was found no place for them.
And I saw the dead, small and great, stand before
God; and the books were opened: and another
book was opened, which is the book of life: and
the dead were judged out of those things which
were written in the books, according to their
works. And the sea gave up the dead which were
in it; and death and hell delivered up the dead
which were in them: and they were judged every
man according to their works. And death and hell
were cast into the lake of fire. This is the second
death. And whosoever was not found written in
the book of life was cast into the lake of fire.”
(Revelation 20:11-15)

I came across a meme the other day that pointed out three islands off the coast of Antarctica with some interesting names. 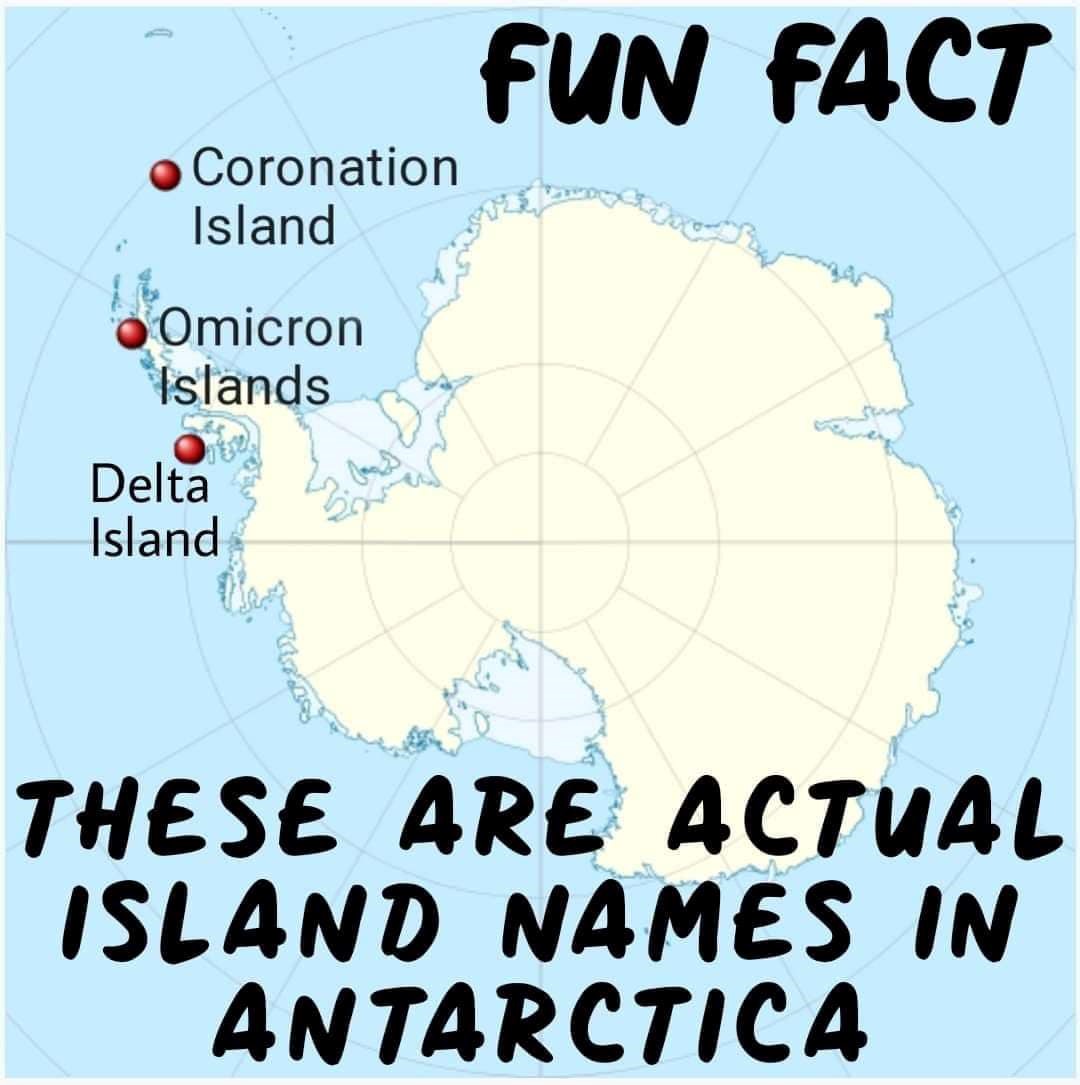 Well, I had to check that out. So I went to Google maps and pulled the area up. Here’s what I found:

Is it just me, or does that look like a big, poisonous serpent head? All the way down to the EYES!

I mean, what are the chances? 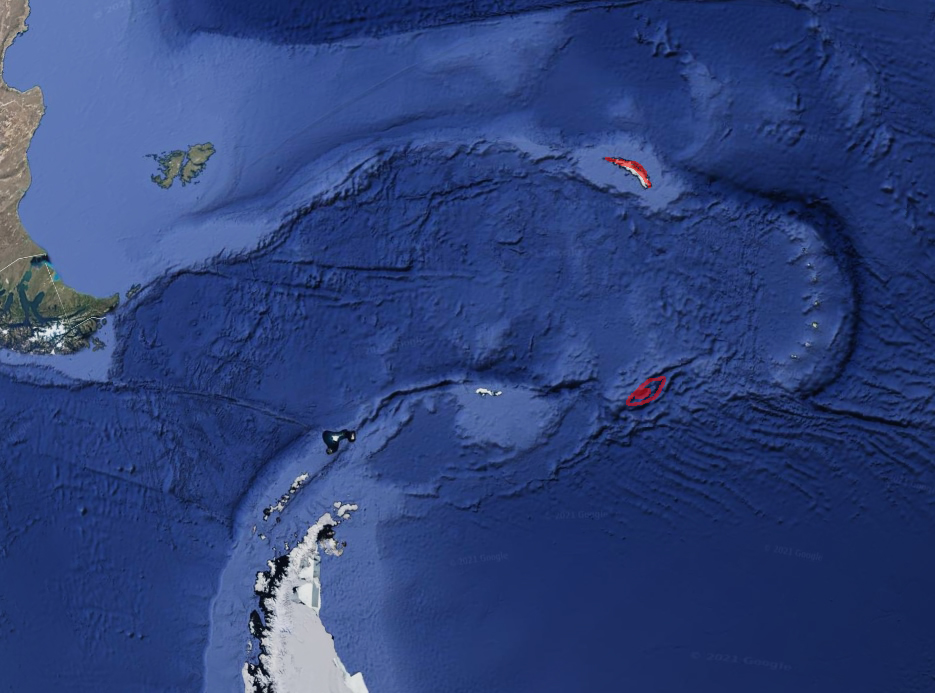 “Omicron Islands is a group of small islands and rocks which lie close southeast of Omega Island in the Melchior Islands, Palmer Archipelago.” (Wikipedia)

Lamba is a less publicized “variant”

So, we’ve got a string of Islands with the same names as the “virus” and it’s “variants.” We have “Omega” Island, Omega being the final letter in the Greek alphabet, meaning “end,” and Rothschild Island. All lining the head and neck of what looks like a great big serpent in the sea.

Serpent heads seem to be popping up everywhere, don’t they?

The god of this world certainly seems to want to make himself known.

But getting back to our “Island Variants,” he also seems to want our attention drawn to Antarctica.

I got to wondering about the topography (great big serpent) and found that older maps of the world don’t show nearly the distance between the tip of South America and Antarctica as modern day maps.

For instance, the image below is from an 1587 map of the region (This was around Magellan’s time.) If you click on the image, I’ve linked it to the entire map. The outermost of edge encircling the world, is curiously lacking ice. In fact, if you click on the image to open the entire map, you’ll see that the entirety of the encircling land is ice free. Magellan named the land off the tip of South America Tierra del Fuego, or “land of fire” because he saw smoke rising from it. He believed that it was the southmost continent. Mystical writings describe the biblical “lake of fire” being in the “west,”  which would refer to this location on a flat earth map.

Wikipedia tells us that Tierra del Fuego is a group of islands “off the southernmost tip of the South American mainland, across the Strait of Magellan.” Wikipedia 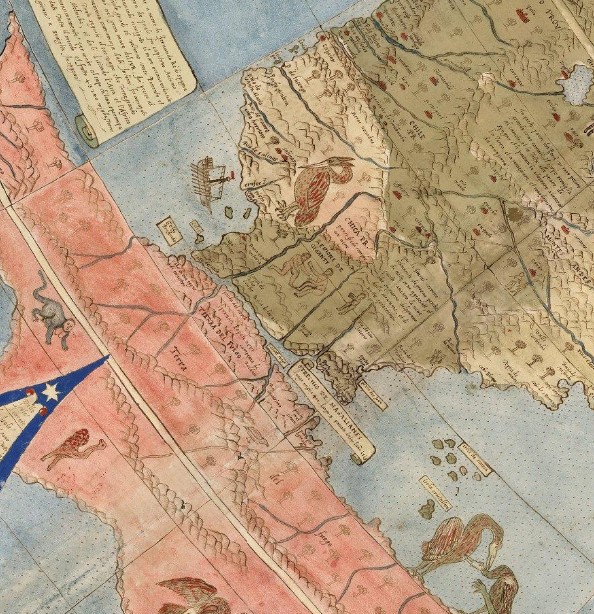 So the question becomes: Was Antarctica actually unfrozen only a few hundred years ago? Or: Had early explorers perhaps not yet discovered it? And: Why are the elite so focused on and want our attention drawn to Antarctica? I’ll get into all this in my next post! But for now, I’ll leave you with these verses:

“If ye then be risen with Christ, seek those things which are above, where Christ sitteth on the right hand of God. Set your affection on things above, not on things on the earth. For ye are dead, and your life is hid with Christ in God.” Col 3:1-3

“The Lord is not slack concerning his promise, as some men count slackness; but is longsuffering to us-ward, not willing that any should perish, but that all should come to repentance.” 2 Pet 3:9

“He that goeth forth and weepeth, bearing precious seed, shall doubtless come again with rejoicing, bringing his sheaves with him.” Psalms 126:6

“The fruit of the righteous is a tree of life; and he that winneth souls is wise.” Proverbs 11:30