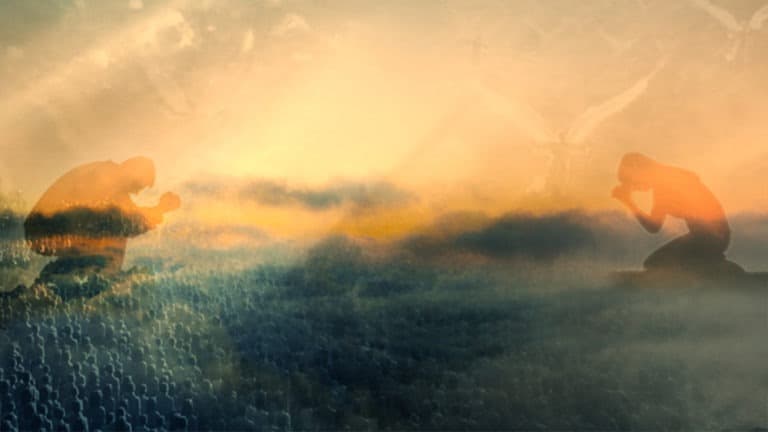 In January 2011, during surgery to remove a large benign meningioma (brain tumor), I awoke to myself in another realm. It was a glorious place unlike I anything I’d ever known. What I had is popularly called a “Near Death Experience” (NDE). After my illness and the experience I was suddenly aware of things that I’d never noticed before. I felt like a stranger in this world that now looked dark, as though someone had switched off the lights. It seemed as if, somehow, I saw the devastation of the fall and could almost hear the creation “groaning” in anticipation of the revealing of the sons of God. All I longed for was to be back in that place where there was nothing but God’s presence; where my sins had never existed and never would exist; where I was loved by my Father with a love that was so all encompassing, so complete, that seemed to be the atmosphere. There is nothing in this world that can compare.

Beginning with noticing a chemtrail when I was able to go out and walk my dogs again, I slowly became aware of how tangibly distinct from God’s creation “the world” was and just how literally it is under the control of the serpent our first parents met in the Garden. I began to research the labyrinth of manipulations and deceptions that have deviously been woven to hide the truth about God, obscure the gospel of His Son and keep man’s eyes fixed on this fallen world as the only thing that’s real. I started to unravel the great conspiracy that many are becoming aware of in our time.

While I can confirm that these experiences are absolutely real, I see them being used as part of the great deception that’s currently underway, a counterfeit spirituality with empty promises. The quest to sort it all out culminated in my book and this website.

Here is my 2014 interview with Gonz Shimura on (Canary Cry Radio). 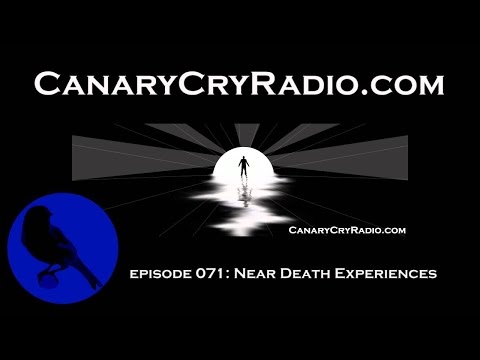 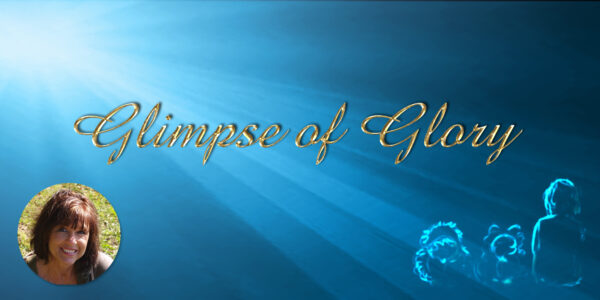 A personal slideshow I put together:

I believe that, as Christians, the most important truth is the gospel of Jesus Christ. Without that, nothing else matters. Jesus said,

“Go into all the world and preach the gospel to every creature” (Mark 16:15).

I also believe we should expose evil (Eph 5:11) and be “salt and light” in the world. (Matt 5:13-16) We live in a day of unparalleled deception, but with the Holy Spirit’s help, we can see through it. It has been my journey to sort through the lies and get a firm handle on the truth.

Working as ‘admin’ for the website, Geoengineering Watch, I learned that the ideals and goals of those behind the geoengineering/chemtrail programs and greater New World Order agenda are spiritually based. The people who work behind the scenes of world governments and are represented by such organizations as the UN, Council on Foreign Relations, Club of Rome, the Papacy, Bilderberg group and others, are Luciferians.

While many things are recently coming to light, what is happening is not new. What we are seeing is the final rise of the mystery of iniquity spoken of in scripture (2 Thess 2:7), working through layers upon layers of economic, political and spiritual deceptions, including the highest levels of the organized church. (2 Cor 2:11 , Matt 10:16, 1 Jn 4:1.)

As Christians, we need to be knowledgeable. If we are unaware of the devices of the enemy, we will be vulnerable to his deceptions, and if Christians won’t openly discuss these things, others will. (2 Cor 2:11 , Matt 10:16, 1 Jn 4:1)

Christianity is unique from all other religions in that it is not a means of man working to achieve goodness, but God reaching down to man, doing what is impossible for man through his only son, Jesus Christ. If you want to know more about how to know God, please visit this link.

~ The Bible is the inspired, inerrant Word of God 2 Tim 3:16. Written by 40 authors over the course of 2000 years, maintains perfect consistency.

~ We are trifold beings; body, soul and spirit, the spirit of man having died at the fall. At the point of salvation, we are made alive in the spirit, making us a new creature, alive in a way we were not before. (2 Cor 5:17)
~ This world is not our home. When we are born in the spirit through Christ, our true citizenship is in heaven. (Phil 3:20)

~ A believer is eternally saved. A person cannot lose his salvation and be spiritually “unborn”. But we are to be checking our lives against God’s Word to be sure that we are in Christ. (2 Pet 1:10) (Phil 2:12)

~ I do not believe in cessation of the gifts of the Holy Spirit, but that they are greatly being counterfeited today. (1 Jn 4:1)

~ Our lives as believers are lived out as response to the great gift of love we have been given. (Eph 3:14-19)

~ I hold to a Historical view of eschatology. That means that I do not believe in a “seven year tribulation” period, but I believe that the vision given to John in the book of Revelation covers the entire church age, the persecution and tribulation of the saints accelerating and culminating in a final act of deception and evil by satan. I believe that we are living in that final time of deception and evil. I believe that Zionism and Zionist Dispensationalism are part of a deception created by the masterminds of the New World Order to mislead and misdirect the church to a physical interpretation of prophecy, leading believers to look to a physical restoration of the temple in Israel and a coming thousand year reign of Christ. (1 Cor 3:16) This physically focused belief is causing fear, race hatred (as in the case of Palestinians) and complacency toward world events. (2 Tim 1:7)  You can read more about dispensationalism here. But eschatology (the interpretation of prophecy) is not a salvation issue.

~ Much of science, including the heliocentric model, has been created as an enormous deception that is intended to hide God. While disinformationists abound in the “flat earth movement”, the facts are compelling that this great deception serves to create a foundation for the Kabbalah-based-lie of the big bang and evolution as well as the alien deception.

~ The Hebrew Roots Movement is a return to the LAW (Gal 3:1, Eph 2:14, Rom 10:4, Jer 31:31-34…), and is an extension of Zionism and Zionist Dispensationalism in the church. This very dangerous movement is luring believers away from the cross and into the greatest deception of our time.

~ The Sacred Name movement (Calling the son of God by his “Hebrew name”, etc..) is a false teaching originating in Kabbala and popularized through the Masoretic text by the Catholic church.

~ I don’t know anyone who would argue the fact that the book of Enoch is corrupt, and I think we should be very cautious before using it to fill in places where scripture is silent or vague.

~ While the Bible is clear that there were giants, I believe the creation fallen angel / human hybrids through a physical act of procreation is false and a Kabbalist deception. I think it’s more likely that these beings came to be through some sort of an alchemical process. You can read my thoughts abut it in my Fallen Angel series.

OUR RESPONSE TO WORLD EVENTS

~  (Matt 22:37-39), Loving our neighbor includes telling the truth about God, scripture, and shining light (truth) on the enemy’s deceptions within and without the church, as well as warning them of physical dangers.

I agree with Chuck Baldwin’s positions on the following: