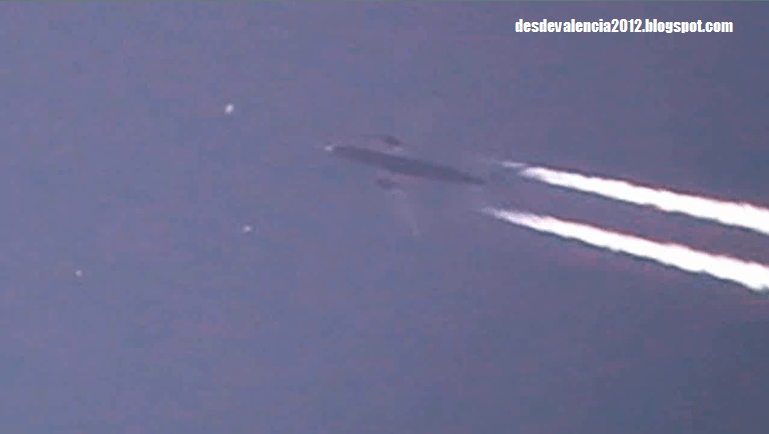 The fallen angel/human hybrid interpretation of Genesis 6 has become so prevalent that it’s unpopular to challenge it. Yet it is the core of much error today, from Christians being initiated into Kabbalah to believing the Nephilim are returning. The teaching also supports the idea of DNA modification being pushed today, where, as I showed in my DNA series, DNA is NOT a merely biological substance that can be scientifically manipulated in the manner we’re being told they are able to.

I originally posted this series about 6 years ago and am currently working on a video series.

From Chemtrails to Fallen Angels
By Yvonne Nachtigal | CO 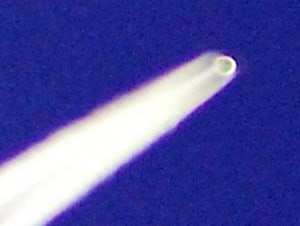 These balls of light, or “orbs” have been spotted near chemtrailing jets as well as other places. Some appear to be along the lines of “UFO” phenomenon, and others, closer to earth, appear to be almost apparition-like. 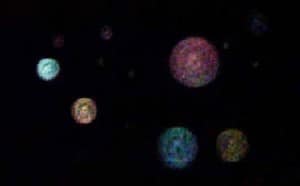 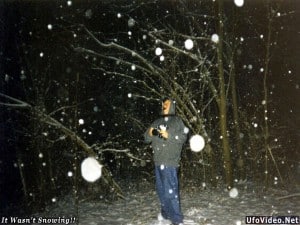 I’ve heard that the metallic looking “orbs” seen near jets are the product of some highly advanced technology, and that might be the case, but it doesn’t explain the more up-close-and-personal ones. We could write the images above off as hoaxes, but I’ve actually witnessed one of these things personally, so I’m here to testify that whatever they may be, they do exist.

These orbs, rising behind a neighboring home, were filmed from a neighbor’s front porch in 2014.

With all the conditioning from Hollywood about “aliens,” as well as “insiders” talking about high level military contact with extraterrestrials, people are naturally making the connection between orbs and aliens. 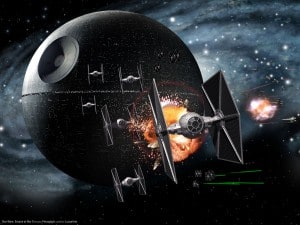 From movies to pop music, the alien agenda is everywhere. It’s pretty clear that the global elite’s “end times” script involves the acceptance of “extraterrestrial” life.

The Catholic church has mentioned several times how it would deal with the beings from other worlds.

“Just as there is a multiplicity of creatures on earth, there can be other beings, even intelligent, created by God. This is not in contrast with our faith because we can’t put limits on God’s creative freedom”. Why can’t we speak of a ‘brother extraterrestrial’? It would still be part of creation” answered Vatican Observatory director, José Gabriel Funes, when asked about the role of extra-terrestrial life in the catholic faith.”[6]

I don’t believe for one minute that there are aliens trying to “make contact.” Many Christians rightly conclude that orbs (particularly the up close and personal ones) are spiritual, supernatural entities; fallen angels or demons. On that note, it’s interesting that the Bible calls angels “stars” in Job, and Revelation. But, from there, modern prophecy teachers are answering the “Ancient Aliens'” claims by bringing us myths about Fallen Angels intermarrying with human women in the pre-flood world, resulting in a species of giants known as the Nephilim. We’re told that the return of the Nephilim is near. That it will be “as in the days of Noah.” We’re led to believe this is something that’s recently been uncovered with the resurfacing of the book of Enoch. In reality it’s a story that’s as old as time. 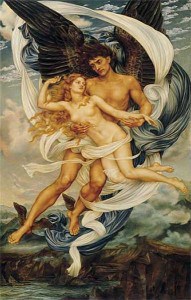 PROBLEMS WITH THE STORY

Let’s get some perspective on all this. In the midst of mass poisonings, false flag terror, man-made weather disasters, advanced technologies, an exponential rise in occultism and a raging quest toward world tyranny by a powerful group of elites, Christians are being presented with what amounts to ear-tickling sensationalism. Ever increasing advances in technology as well as what appear to be supernatural phenomenon have left us in a state of cognitive dissonance, making it easy to slip away from what’s real and true, into mysticism. I believe that there is a meticulous design behind our being distracted from the advancement of world tyranny as well as sound doctrine.

If you’re not already familiar with it, the popular story of the fallen angels tells us that in the days of Noah there were giant angel/human hybrids who were the physical offspring of a sexual union between fallen angels and human women. As the story goes, this forbidden union corrupted the ‘seed’ of man, his DNA, to the extent that it was necessary for God to send a great flood to wipe out not only all of mankind, but the entire world. Only Noah and his family were spared (with a specific number of animals). We’re told that Noah and his family were spared because their DNA had not been affected.

“Noah was a just man and perfect in his generations, and Noah walked with God.” Genesis 6:9 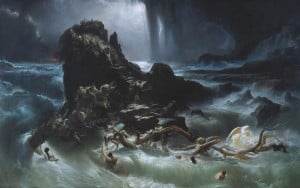 Here’s a little back story to shed some light as to why I was initially taken in by this teaching, as well as why I think it’s important to scrutinize it. Having come through a life threatening illness (a brain tumor) I had a life changing experience while undergoing brain surgery; a “near death experience” (vision) which you can hear my talk about on my “about” page and I’ve written a book about that you can find in the sidebar. I “returned,” to find myself aware of this world in a whole new way. It was as if a ‘spell’ had been broken and I was able to “see” through the many things you find on my website now. I started this topic out with chemtrails because that was one of the first thing I noticed that I’d previously been oblivious to. The very first thing I noticed was that the world was dark, as if someone had unplugged a ‘Lite-Brite,’ but the first evidence of the nefarious evil at work in the world that I noticed was chemtrails.

I began looking into chemtrails and questioning the agenda behind them…

“How could anyone be doing this? What on earth was their intent? How was it possible that they’d been invisible to me before and were still invisible to most people?”

In search for answers I ended up building and working as admin and chief “data miner” for geoengineeringwatch.org for 2 years.

When you research the agenda behind chemtrails you quickly end up reading about alleged ‘extraterrestrial’ giving highly advanced technology top level military personnel. That leads to people like David Icke and others who offer a New Age perspective and solution (which is to ‘transcend’ this realm or spiritually ‘evolve’.) That didn’t line up with scripture, so I kept digging for answers. Meanwhile, my Christian friends were oblivious to the aerial spraying or any of this, which brought me to my next question:

“If we (Christians) are the ones with the truth, why don’t we know what’s going on?!”

As if to answer my questions I came upon the Fallen Angel /Human Hybrid story. The people who presented it were aware of chemtrails, so I was excited to have found fellow believers who were “awake” and aware. Here was the answer to “ancient aliens,” I thought! Here was the answer to the existence of highly advanced, surreal technologies as well as an explanation for the exponential acceleration of evil in the world. It seemed to make everything fall into place, but then I started to see some problems with it. For example:

• The teachings of fallen angels being responsible for Noah’s flood removes man’s personal responsibility for sin; drastically altering the Biblical story of the flood of Noah as being the result of the sin of mankind.

•It convolutes and diminishes the gospel.

•This mystical teaching is found throughout pagan and occult literature as well as the Catholic Church, while it is not clearly presented in the Bible.

• There is no mention of angels being given “seed” in the Biblical account of creation.

• DNA was never the issue in the coming of Jesus the Messiah.

• The people teaching it are Zionists and Freemasons, perpetuating the “End Times” script of Roman Catholic Futurism.

• It is very similar to the racist “serpent seed doctrine,” and has dangerous potential, since the “Nephilim” are allegedly born ‘damned mutations and unredeemable.’

Right from the start, having come into this from an “activist” mindset, it seemed odd to me that Tom Horn, LA Marzulli and others, were so light-hearted and apparently unconcerned about the advancement of World Tyranny (The New World Order) as they chatted about fallen angels and the Nephilim.

We need to take a serious look at the fact that this teaching is capturing so much of the Christian community, like myself, who are asking real questions, and subtly redirecting their focus to a narrative that inspires fear and helplessness. I’ve heard some say the Fallen Angel narrative is the Hegelian dialectic answer to Zecharia Stitchin. I happen to agree with them. 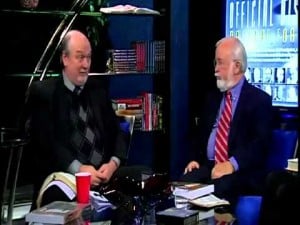