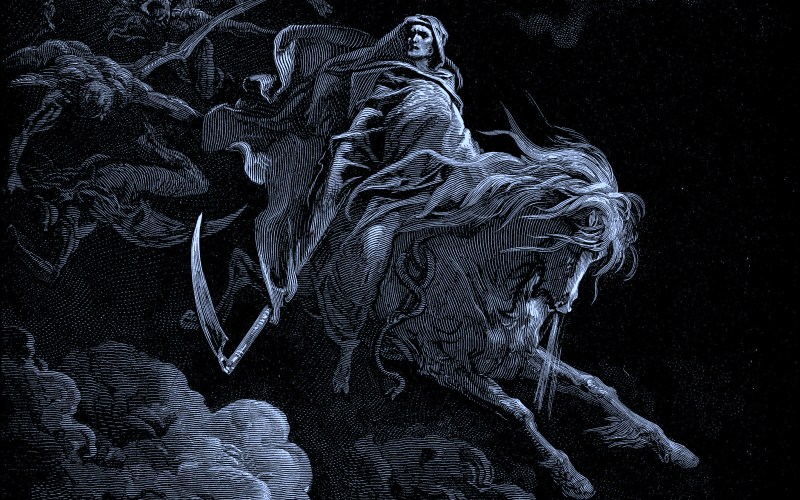 A Time, Times, and a Half a Time

Karen Armstrong, an apostate nun and Alliance of Civilizations High Level Group personality, has much to say about religious “fundamentalists”. Her tone often is one of disdain and marginalization towards the adherents of the monotheistic faiths. One such example may be found in a UN press release where,

“she observed that the three major religions — Judaism, Christianity and Islam — were rooted in a dread of annihilation. For example, it was a common view of Protestant Christians that the liberal society wanted to “wipe them out”; or, in the case of Islam, that western mores were a “lethal assault” on Islamic societies. When attacked, such people became ever more extreme.”

What about Armstrong’s assessments? Are monotheists’ fears unfounded? The very movement that Armstrong advances– the spiritual work of Lucis Trust and the United Nations— has made it clear that “cleansing actions” are part of an evolutionary process that cannot be stopped. Lucis Trust labels people it “cleanses” as the “resistant form”. Writings such as these have weighed heavily on my mind and set me at watch for the rise of an agent that would be willing to carry out such deeds. I found that the writings of the New Age visionaries reinforce those of Lucis Trust’s. It is the Alliance of Civilizations that I found to be a likely implementation partner.

Lucis Trust labels people it “cleanses” as the “resistant form”.

It was in the mid part of the 1980s that I first learned of the New Age. At first I thought of it as a style—music, literature, etc. As time went on, I realized it to be something quite different. It became hard to ignore that the movement was bombarding us with messages on how to get in touch with our inner selves, how to meditate, and all sorts of unusual things I personally considered to be nonsense. I became concerned as people around me were adopting this mindset. This massive indoctrination campaign, I later read, was what new agers referred to as an initiatory process being conducted upon the masses by a spiritual hierarchy. I began to search out books both in Christian and New Age bookstores. The two I found most helpful were The Hidden Dangers of the Rainbow by Constance E. Cumbey and New Age Almanac. Both books beautifully laid out the New Age Movement but came from very different perspectives. The almanac had a page devoted to Constance Cumbey identifying her as an enemy of the movement. By this time, I knew I liked her. The almanac had two sections that caught my interest, those concerning the foundations of the modern New Age Movement and a section devoted to the visionaries. It was the visionaries section that brought me to the works of Barbara Marx Hubbard. One title of Hubbard’s books, The Book of Co-creation, sparked my interest.

I was not able to immediately locate The Book of Co-creation but found a smaller book that contained excerpts from it. That book was entitled Happy Birthday Planet Earth. As I read, I could not believe the words it contained. I learned that, according to Hubbard, a “selection process” was about to take place on earth. A portion of the population had evolved to a higher species Hubbard called homo universalis, and the species would become divine once it transcended through a process she called the “quantum transformation”. Those of us who were weeded out of the collective whole were to face personal extinction. Now I really wanted to read more. I contacted the publisher requesting a copy of The Book of Co-creation, The Revelation. At first they denied the book existed. I expressed my disappointment as I had seen it was available in New Age Almanac. I was then allowed to order the manuscript. It arrived as a bound photocopied booklet. The words on those pages were even more incredible than the ones I had read earlier.

“Out of the full spectrum of human personality, one-fourth is electing to transcend…One-fourth is ready to so choose, given the example of one other…One-fourth is resistant to election. They are unattracted by life ever-evolving. One-fourth is destructive. They are born angry with God…They are defective seeds…There have always been defective seeds. In the past they were permitted to die a ‘natural death’…We, the elders, have been patiently waiting until the very last moment before the quantum transformation, to take action to cut out this corrupted and corrupting element in the body of humanity. It is like watching a cancer grow…Now, as we approach the quantum shift from creature-human to co-creative human—the human who is an inheritor of god-like powers—the destructive one-fourth must be eliminated from the social body. We have no choice, dearly beloveds. It is a case of the destruction of the whole planet, or the elimination of the ego-driven, godless one-fourth who, at this time of planetary birth, can, if allowed to live on to reproduce their defective disconnection, destroy forever the opportunity of Homo sapiens to become Homo universalis, heirs of God…Before this stage of power can be inherited by the God-centered members of the social body, the self-centered members must be destroyed…Fortunately you, dearly beloveds, are not responsible for this act. We are. We are in charge of God’s selection process for planet Earth. He selects, we destroy. We are the riders of the pale horse, Death. We come to bring death to those who are unable to know God…The riders of the pale horse are about to pass among you. Grim reapers, they will separate the wheat from the chaff. This is the most painful period in the history of humanity…”

When I first read this piece, “Out of the full spectrum of human personality, one-fourth is electing to transcend”, I remembered a passage from a book that I had long ago read called The Nazi Doctors: Medical Killing and the Psychology of Genocide by Robert Jay Lifton. Lifton writes:

“Part of the cure is the experience of transcendence: of a psychic state so intense that time and death disappear. The cure must maintain, or at least evoke periodically, that psychic experience. One’s own sense of transcendence merges with the image of the endless life of one’s people. In that experience—or promise—of ecstasy, one may be ready to kill, or at least to sanction killing.” ( page 473)

Other visionaries had very similar writings. I found that the belief of a new species or super human was not uncommon. Enlightenment Magazine featured an article entitled Towards Homo Noeticus specifically about this evolutionary process. The Theosophical Society has long taught of a Coming Race. (Many thanks to Dorothy Margraff for sharing this with me.)

Within one month of the AoC High Level Group’s release of its final report, the Aquarian Age Community published a piece entitled “Aspiring Humanity and the Spiritual Work of the United Nations” where it announced that the AoC initiative emphasized the truth of the “One Humanity”. The community expects that the work of the AoC will bring the “One Humanity” into recognition of its divinity.

Clearly, Lucis Trust and the New Age visionaries have planned for our destruction. I personally believe that Karen Armstrong is well aware of this plan to “wipe us out”. Ultimately, it is those who elect to transcend who have a much bigger problem. 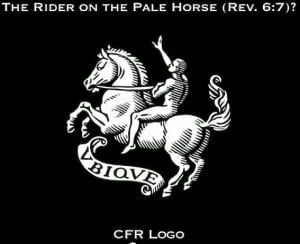 If the name Lucis Trust is familiar to you, they are the publishers of the New King James Bible. Here are some important points on that topic: NKJV and Lucis Trust: Ready For One World Church

NKJV and Lucis Trust: Ready For One World Church