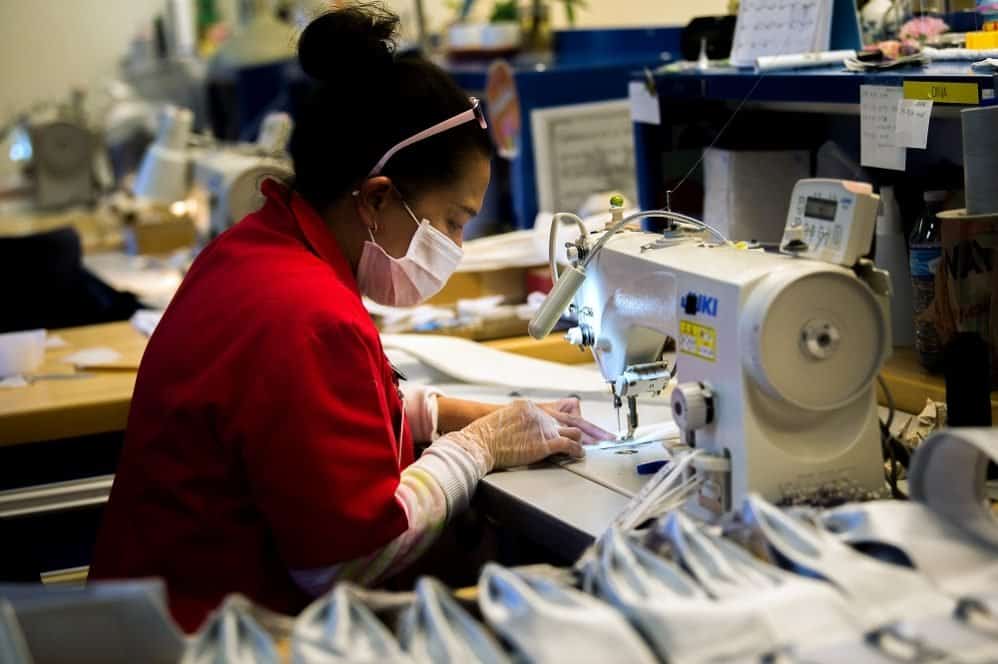 I’m sure most of you have already made your maiden voyage out into the stores since that ominous day back in March when we all woke up in the Twilight Zone. “Non essential” stores have been open in Tennessee for about 4 weeks now, but yesterday was the first time that I set out to do some shopping and encountered the newly implemented “safety” measures. It was like a scene out of a movie.
A designated employee stood near the door wiping down carts and counting the number of customers entering and exiting the store. One store had a limit of 5 customers at a time and, in a scene looking like something straight out of a communist documentary, we had to wait in line to be allowed to enter.
Roughly half the people in the stores were wearing masks, half weren’t, and there was a distinct tension in the air between the two groups.
Arrows were taped to the floor indicating which direction to roll our carts down any given aisle and kindergarten-reminiscent “social distancing” spots told us how far we should be from other customers at all times. This is entirely impractical for shopping, of course, since people need to stand near to (not to mention hold and handle) items in order to examine them for potential purchase, and waiting 6 feet away to look at something near them is something virtually no one has the patience for. Standing in line exposed the absurdity of it all, as everyone clumped together to check out like they always do, but upon their turn encountered gloved, pathetically masked & suffocating cashiers behind plexi-glass shields.
What an incalculably expensive sham!
The scene was surreal. I felt anger, outraged that this level of control has successfully been achieved over so many, not in communist China, but in our own beautiful country; in America(!) and particularly in the kind and friendly south.
I considered defying the arrows and going whichever way I darn-well pleased down the aisle but felt a mild fear as I thought better of it; “Is it worth it?”
Fear gave way to heartbreak as the realization washed over me. The world I’d spent the bulk of my life in was gone. As I watched two children playing in the clothes racks I struggled to imagine what kind of world they will be growing up into.
“Father!”

On May 26, Virginia’s Gov. Ralph Northam announced that wearing masks outside one’s home will be mandatory effective May 29. He first hinted he might issue a masking order a week ago, likely to test the water.