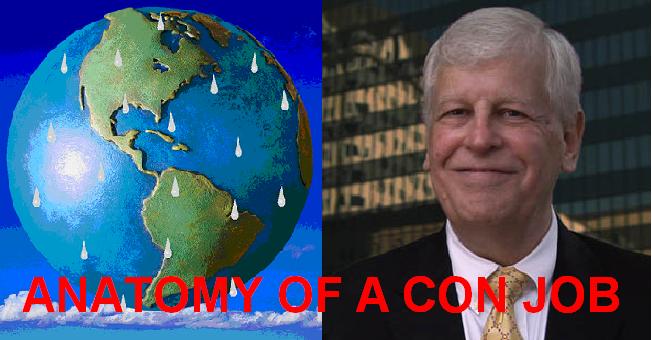 [Editor comments: Mr Wolf does an excellent job explaining how this ‘environmental crisis machine’ was constructed. For those who think it wouldn’t be possible to buy off all so many players, follow the money!]

“In times of universal deceit, telling the truth will be a revolutionary act.” —George Orwell

If you look with your understanding, the crimes against humanity are written across the rotting visages of Henry Kissinger and Zbigniew Brzezinski.Like a couple of aging prostitutes, these leading architects of twentieth-century evil still sell their wares to those with an insatiable lust for the power of the crown.

THE CLUB OF ROME

Birth Mother of the Environmental Movement

The moldy twosome have something else in common. Both have been active members of an international think tank from the dark side of the force called the Club of Rome. Founded at the Rockefeller’s estate in Bellagio, Italy, in 1968, some of the other fraternity brothers and sisters include Al Gore, David Rockefeller, Queen Beatrix of the Netherlands, and Mikhail Gorbachev.

And there is no one better to give you the short version of the Club’s agenda than Gorby himself:

“The threat of environmental crisis will be the ‘internal disaster key’ that will unlock the New World Order.”

Who let this guy out of Lubyanka?

Their more precisely stated goal is population control. The solution? Create an environmental catastrophe like, oh, say, “global warming” and blame it on the planet’s most heinous villain—man himself.

But I should let them tell it:

“In searching for the new enemy to unite us, we came up with the idea that pollution, the threat of global warming, water shortages, famine and the like would fit the bill. . . . But in designating them as the enemy, we fall into the trap about which we have already warned, namely mistaking symptoms for cause. All these dangers are caused by human intervention and it is only through changing attitudes and behaviors that they can be overcome. The real enemy, then, is humanity itself.”

In 1972, the Club took the world stage with the publication of a book they had commissioned to be written by a group of MIT scientists. It was called The Limits to Growth. Examining the planet’s population growth in relation to available resources, the report concluded that the planet would run out of resources sometime in the next 100 years, resulting in a catastrophic decline in population and industrial production.

As one reviewer put it, the authors examine

“. . . the impact of humanity on the world ecology and of steps taken toward remediating the accelerating approach to a train wreck that is mankind’s ill-managed and uncontrolled ‘footprint’ on this planet’s environment.”

Still, these trends and their consequences could be altered, it argued; we had to be less, do less and have less. The brand for this Orwellian path to planetary salvation was sustainable development.

Heavily promoted, the book reached opinion leaders in political, scientific and economic circles as it exploded around the planet like the Harry Potter of environmentalism. It sold 12 million copies in thirty languages despite the fact that the research had all the scientific rigor of a plagiarized term paper for a freshman biology class.

“An error does not become truth by reason of multiplied propagation, nor does truth become error because nobody sees it.” —Mohandas Gandhi

Assailed by top scientists, the research was shoddy in the extreme. Population expert and author Professor Julian Simon said, “The Limits to Growth has been blasted as foolishness or fraud by almost every economist who has read it closely or reviewed it in print.”

Yale economist Henry Wallich reviewed the book saying, “. . . the quantitative content of the model comes from the authors’ imagination, although they never reveal the equations that they used.”

But it is a PR world and with the publication of this book, the modern environmental movement was born. Midwifed to life in a blanket of deceit, it was yet hailed as the savior, not of mankind, but of the planet it claimed was being fried to a crisp by humanity’s toxic binge of carbon dioxide.

The scientific fraud is its own malice, but few were able to see the underlying strategy—that the book would serve as the foundation of a global public relations campaign that would mesmerize legislators, educators, and countless organizations of goodwill and would eventually set the stage for the biggest rip-off in human history. But I am getting ahead of myself.

This then was Con #1: The scientific basis of the book that launched the environmental movement calling for “sustainable development” and a reduction of man’s leper-like carbon footprint on the planet was, and is, a scam, a hoax, a falsehood—environmental snake oil.

“Every violation of truth is not only a sort of suicide in the liar, but is a stab at the health of human society.” —Ralph Waldo Emerson

Which leads us to the second piece of the puzzle, Con #2. Who’d have thought that . . .