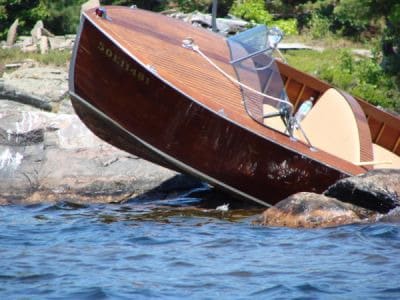 That should be Headline News, don’t you think?

Of course not. It doesn’t fit their fear/pandemic hype. It doesn’t justify quarantining people, stripping them of their rights without a word of complaint from model citizens who are obediently practicing their social distancing while shaming others who don’t! It doesn’t keep people safely out of eye-shot of all the places they’re installing their murderous 5G military grade weapons, most notably, SCHOOLS. It doesn’t qualify their fallacious need to implement a New World Order totalitarian control system under the rule of law – Noahide Law. And yet…

It IS coming out that this “pandemic” is a hoax. It’s reminding me of an old wooden boat my dad bought when I was a kid that he affectionately named “Hope It Floats”.  He and my uncle took Hope It Floats out in the Redondo Beach Harbor after many years of it being out of the water. Their theory was that the boat’s wooden planks would swell from contact with the salt water. Anyone who knows anything about boats knows how well that worked. Hope It Floats was going down so fast that my dad and uncle ended up running it aground on Redondo Beach amidst the surfers, sunbathers and swimmers. The virus story is kinda like that. There is no question it’s sinking. The truth is leaking. There’s no stopping it.

But the guys behind this circus are the modern day Pharaohs, right? They’re the 1% of humanity (and I use the term loosely) that has 90+% of the world’s wealth. They’ve got economists & sociology experts out the wazoo. Didn’t they know the truth would eventually come out? Of course they did.

I’m not saying they don’t miscalculate, because they certainly do (for one thing they always manage to underestimate God). But you can bet they have a plan that includes the truth about the virus coming out. I’ve got a hunch that’s what’s behind the rumors of the movement of military vehicle (Except in SA – it’s a confirmed fact there.) Maybe Henry Makow’s newest article is right. Maybe this Corona-mania is all a drill. One thing we can be sure of is that we’re in for even worse deceptions in the near future. Draw close to Jesus, friends!

Turn the Economy Back On!

Dr. Anthony Fauci, the US front man for managing the “pandemic,” has just written an article that ought to be titled: I WAS WRONG AND THIS IS MY CONFESSION.

“If one assumes that the number of asymptomatic or minimally symptomatic cases is several times as high as the number of reported cases, the case fatality rate may be considerably less than 1%. This suggests that the overall clinical consequences of Covid-19 may ultimately be more akin to those of a severe seasonal influenza (which has a case fatality rate of approximately 0.1%) or a pandemic influenza (similar to those in 1957 and 1968)…”

In case there is any doubt, those “pandemic influenza seasons” of 1957 and 1968 did NOT result in any lockdowns. People went outdoors. They mingled. They sat in stadiums. They went to their jobs.

SO TURN THE ECONOMY BACK ON NOW. End the insanity. read more…