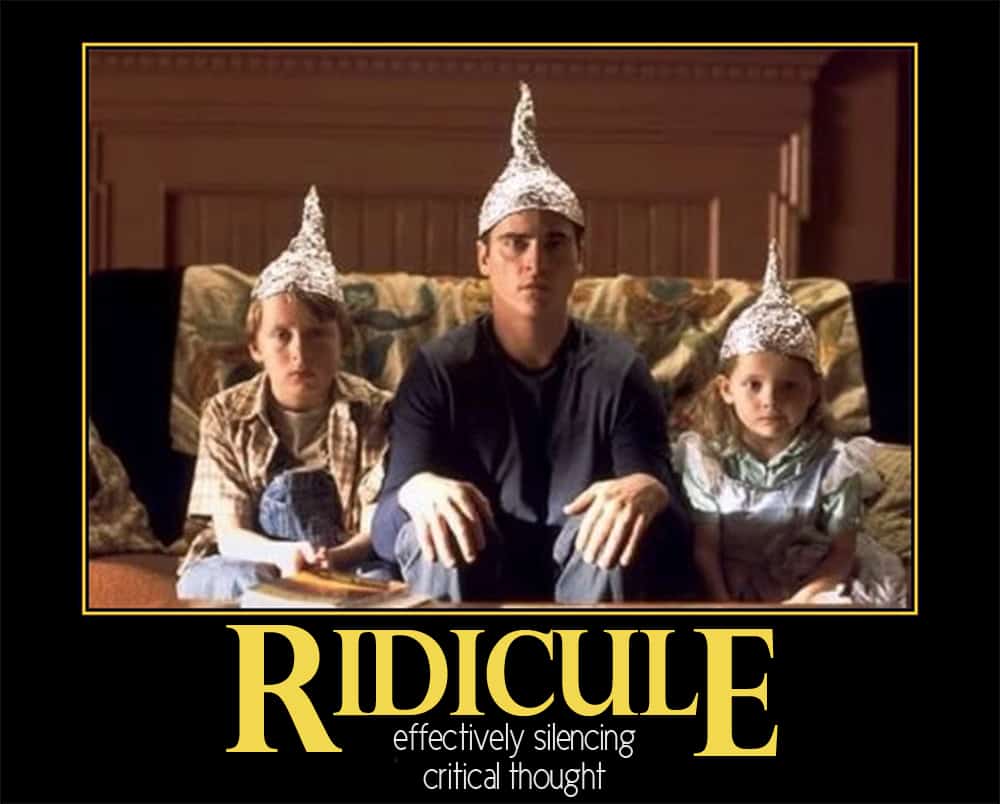 The reality is that there is an immense propaganda machine at work causing people to believe a certain way. Sound conspiratorial? Well, here’s a news flash: Conspiracies are real.

It is a little-known though well-documented fact that the origin of the campaign to ridicule research into conspiracies was initiated by the CIA in 1967 to undermine the credibility of those who questioned the official claims of the Warren Commission regarding the so-called facts of the Kennedy assassination. 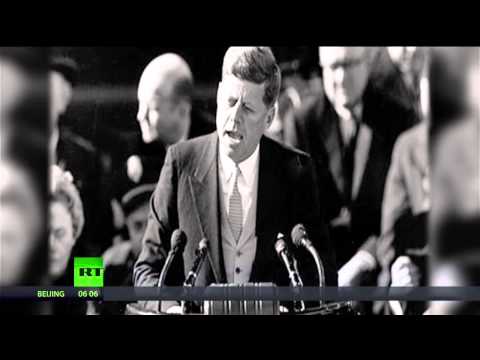 I have seen many otherwise intelligent people close their minds to credible information as soon as the term “conspiracy” is evoked — even though America itself was founded on what would now be called a “conspiracy theory.” After all, the American Revolution was fought on the basis of the alleged “conspiracy” of King George of England to control and unfairly tax the new world.Conspiracy theories are such a threat to the status quo that infiltration, censorship and bans have even been proposed. In 2008, Cass Sunstein, the former Administrator of the Obama Whitehouse Office of Information and Regulatory Affairs and former Professor at the University of Chicago, wrote a paper on “Conspiracy Theories”. His prescription for dealing with ‘conspiracy theorists’? … “cognitive infiltration of “extremist” groups, and, if it gets bad enough, possible censorship of free speech. He actually suggests that the US Government use such tactics as:

Ban conspiracy theorizing.
Impose some kind of tax, financial or otherwise, on those who disseminate such theories.

This is especially interesting given that even Sunstein admitted that some “conspiracy theories” are actually true — including Operation Northwoods, a plan by the Department of Defense (DoD) to simulate acts of terrorism and to blame them on Cuba to falsely justify invasion. That one, fortunately, President Kennedy discovered and shut down.

One of the ways conspiracies are philosophically justified by those who perpetrate them is through the notion of the “noble lie”. This term was coined by Leo Strauss, who was the philosophical grandfather of the Neo-conservative movement and who advocated state political propaganda and covert actions to protect a society’s traditional beliefs from “unrestrained inquiries” — or in other words — “conspiratorial theorizing.” He believed that scientific criticism of official accounts of important historical events, even when those criticisms were true, “undermined respect for the nation’s laws and traditional beliefs.” “Weapons of Mass Destruction” and “regime change” are examples of “noble lies” — untruths put forth to achieve an end goal that could not be achieved without manufactured evidence to sway public opinion.

Remember, it was the neo-conservative PNAC — the Project for a New American Century — that called for “a new Pearl Harbor” to justify invading the middle east — a noble lie used to dismantle the US Constitution (Patriot Act, Military Commissions Act, NDAA etc). This ended up being the major turning point in leading the US and the world toward police state tyranny, under the overarching “noble lie” of defending against “terrorism.”

Today, critical thinking and overcoming the stigma of “conspiracy theory” can help us keep from getting duped into being poisoned by schemes like GMOs to solve hunger, chemtrails to solve global warming, toxic vaccines to prevent disease, fluoride to prevent tooth decay, and radiating smart meters to lower our electric bills — to name just a few.

Intelligence takes many forms: intellect, knowledge, cleverness, wit and intuition for example. But perhaps what is most called for in this era of massive deceit is open-mindedness — coupled with common sense and rigorous discernment. Critical thinking, evidence, fact checking, logic, research, and the ability to say “MAYBE, I don’t know” while we consider new information is imperative. Without it, we can fall prey to truly sinister and dangerous effects.

So, if you haven’t already, I invite you to step out of the “hassle-free” zone as if your life depends on it — because it does. Here are some key steps:

Some conspiracies that have been proven include:

Additional articles on “conspiracies” that turned out to be true:

Don’t buy into unsubstantiated attacks. Critics of conspiracy theory often resort to attacks, instead of facts. This lures people away from the evidence presented, and puts the focus on the peoples’ personalities and associations, which reinforces negative stereotypes of conspiracy theorists. Avoid personality attacks and stick to the facts. Apparently, according to a recent study, more commentators on the Internet are intelligently addressing conspiracy analysis and fact than are disputing it.

Here are a couple of video clips that show the desperation of conspirators to demean conspiracy analysts:

If we allow ourselves to have our critical thinking stopped by the threat of being associated with “conspiracy,” I believe we make ourselves easy to dupe, manipulate, divide and conquer. We lose the power we can have when instead we share our insights and transparently and respectfully explore our different perspectives to encourage bold, honest inquiry into what is going on and what we can do to create a world where everyone has the chance to thrive.

While I do not hold the same spiritual views as Foster Gamble, yet he well understands the dynamics of conspiracies, the “conspiracy theory” label and it’s crippling effects on critical thinking in our country and our world.