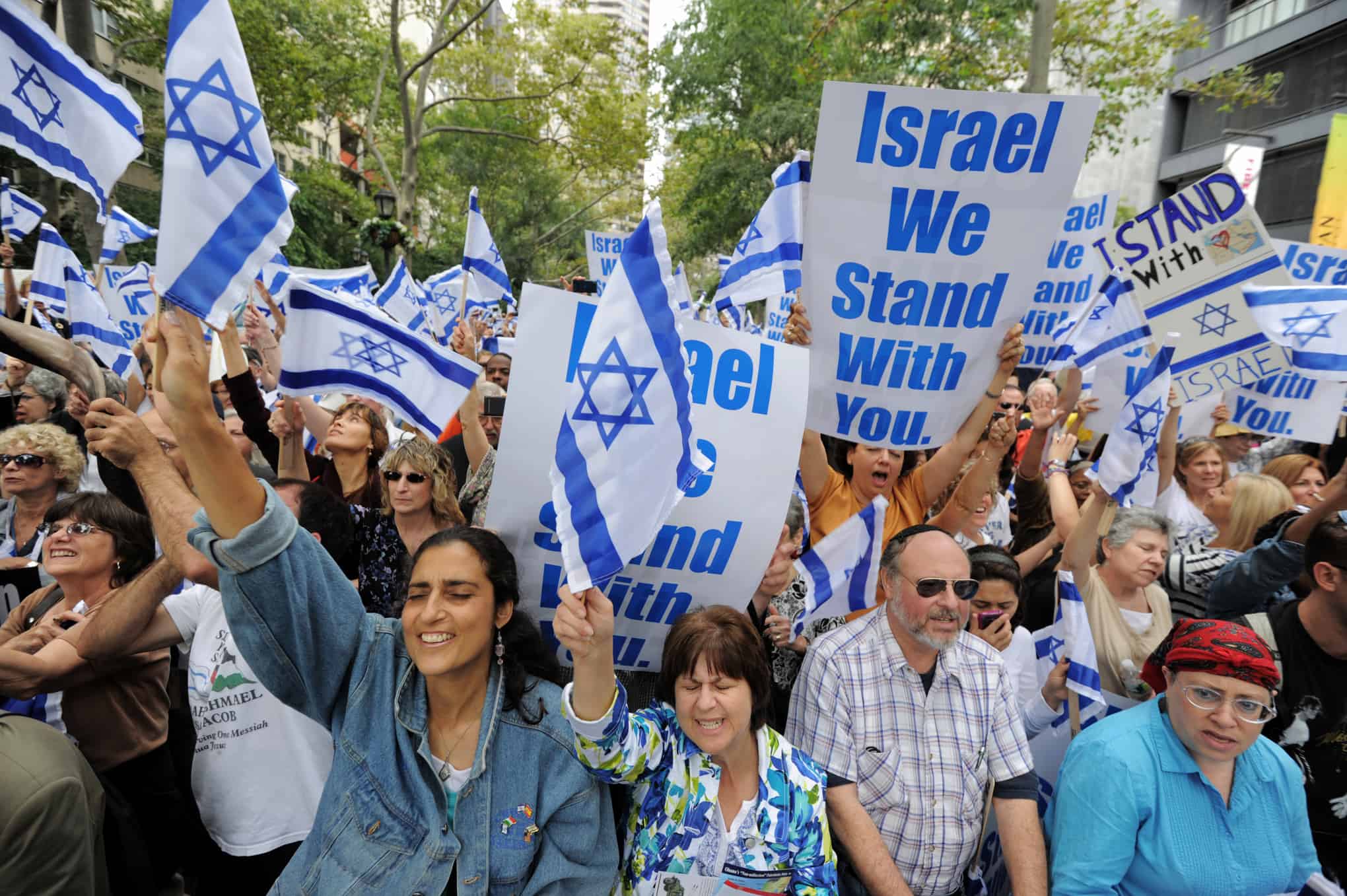 While many Christians are celebrating political, British Israel, some even taking it a step further to embrace the “Hebrew Roots” teachings, (which is modern Judaizing, Gal 3:1-9) there’s an ugly anti-Semitic sentiment on the rise, evidenced by Eric Dubay’s sympathy for Hitler and a recent “Unite the Right” rally in Charlottesville. All of it is by design, I’m sure, to blur the line between the (satanic) bankers and cultural Jews, making it increasingly difficult to implicate the true criminals, probably much like they did pre-WWII. My hunch, through the way they’re playing both sides, is it’s all intended to create the chaos they need to bring in their real New World Order (satanic “order from chaos”) with a fake “Maschiach” and “Millennial Reign”.

To gain our bearings, here is biblical scholar William Hendriksen’s article; “What is Meant by “Israel”?

According to scripture, what is meant by “Israel” Is it true that the blessings promised to Israel are for the Jews, not for the church?

A recent issue of a religious periodical contains the statement: “It seems evident that there is no reason to speak of the church as Israel.”

Language of this kind has been heard before. In a thesis for the Th.M. degree, written many years ago, the writer of this treatise has quoted a good many statements by various authors who take this position.1

Is there any truth in it? There is, indeed, some, but the proposition needs to be carefully qualified. It is true that it is wrong to identify Israel, that is, the Jews considered as an ethnic entity, with the visible church of the new dispensation, or with the invisible church of either or both dispensations. There are numerous passages in the Old Testament in which the term Israel refers to the Jews as a nation or people, a theocracy. We read that the children of Israel murmured against Moses and Aaron in the wilderness (Exod. 16:2); that a census was taken of the people of Israel (Exod. 30:12); that the people of Israel were made to drink the pulverized golden calf (Exod. 32:20); that the people of Israel offered willingly to Jehovah (Exod. 35:29); that the Lord gave his statutes and ordinances to Israel (Ps. 147:19), and so forth. The Old Testament contains divine promises which, in their literal application, were meant for the Israelites, that is, for the Jews. Blessings of a temporal character are promised to Abraham; for example, “To thy seed will I give this land” (Gen. 12:7). Also, the promise of Israel’s return from captivity was meant and fulfilled literally, as has already been indicated.

But alongside of this literal use of the term there is, from the beginning, also a figurative use. Those who say, “the church is not Israel” frequently fail to give this fact its due. Yet the very first occurrence of the term “Israel” in Scripture already implies that a true Israelite is not a person who belongs to a certain nation, or one who is able to trace his ancestry to Abraham, but rather a person who prevails with God and with men (Gen. 32:28). Note also Psalm 73:1, “Surely God is good to Israel, even to such as are pure in heart”; and Psalm 125:5, where the term “Israel” is contrasted with “those who turn aside to their crooked ways.” We are told that Jehovah will lead the latter forth with the workers of iniquity. There follows, “Peace be upon Israel.” Moreover, even the land promised to Abraham typifies Canaan above (cf. Heb. 11:10, 16). The seed in which all the promises are focused is Christ (Gal. 3:16).

It is precisely in harmony with such figurative usage that Paul in Gal. 6:16 pronounces peace upon “the Israel of God,” a passage that has already been explained. See Chapter III. That the apostle is not thinking solely of Jews when he uses the term “the Israel of God” follows also from the immediate context (verse 15), which reads: “For neither is circumcision anything, nor uncircumcision, but a new creation.” The one and only thing that really matters, says Paul as it were, is “the new creation,” the life of regeneration which the Holy Spirit brings about in a person’s heart (cf. John 3:3, 5; Rom. 2:29). “Faith working through love” (Gal. 5:6) is what counts, not whether a person happens to be Jew or non-Jew. Cf. I Cor. 7:19; II Cor. 5:17. Hence, for Paul the church, consisting of Jews and Gentiles who have accepted Christ as their Lord and Savior, is indeed Israel. We see, therefore, that the proposition, “The church is not Israel,” is too absolutely, too bold. As Paul sees it, the dividing wall between Jews and non-Jews has been broken down through the blood of Christ (Eph. 2:14). The two former mutual enemies have been “reconciled in one body to God through the cross” (Eph. 2:17). What right have we to rebuild the dividing wall?

But one does not even have to be a physical descendant of Abraham to belong to “the Israel of God” (Gal. 6:16; cf. Rom. 9:24). John the Baptist, too, was fully aware of the fact that physical descent from Abraham does not guarantee being a true son of Abraham. But he also knew that apart from such descent God can give sons to Abraham (Matt. 3:9; Luke 3:8).

Now if, therefore, the unqualified statement, “The church is not Israel,” is an error, then it is also wrong to affirm, without qualification, that the blessings promised to Israel are not for the church, only for the Jews. The view that blessings formerly promised to the Jewish people are now given to “the Israel of God,” namely, to the church of Jew and Gentile, is in harmony with Christ’s own teaching. He taught that the privileges which once belonged to the ancient covenant people have been transferred to this new nation. This is the nation that brings forth the fruits (Matt. 21:43). Many will come from east and west, and will sit down with Abraham, Isaac, and Jacob in the kingdom of heaven; but the sons of the kingdom will be hurled into outer darkness (Matt. 8:11, 12). The vineyard is leased to other tenants (Matt. 21:41). When the invited guests slight the invitation, others from everywhere are brought in (Matt. 22:1-14).

Similarly, Paul plainly states that distinctions pertaining to race, social position, degree of culture, and/or sex, no longer have any significance: “If you belong to Christ, then you are Abraham’s seed, heirs according to promise.” “Christ is all and in all” (Gal. 3:28, 29; Col. 3:10, 11). Peter stresses the same truth by saying, “You are [God’s] elect race, royal priesthood, holy nation, own people” (I Peter 2:9). In other words, the old titles once given to the covenant people of the old dispensation now belong to you.

No one surely will deny that every spiritual blessing is promised to the church (Eph. 1:3). That church is Christ’s bride (Eph. 5:23, 27, 32). And that bride is at times likened to a beautiful city, Jerusalem the Golden (Rev. 21:2). Yes, the bride is the city (Rev. 21:9, 10). Moreover, upon the gates of that city are written the names of the twelve tribes of Israel, and upon its foundation-stones are inscribed the names of the twelve apostles of the Lamb (Rev. 21:12, 14). Is not this the same as saying that all these blessings are now being bestowed upon the one universal church, the church into which elect from every nation are gathered?

The fact that one day Israel would include the elect from the Gentile-world and that in this world-wide “Israel” God’s promises would be fulfilled had already been revealed to the prophets, though not as fully as it was made known to Paul, and so forth, later on (Eph. 3:1-6). The restoration of “the preserved of Israel” (Isa. 49:6) is fulfilled when the gospel is brought to the Gentiles (Acts 13:47). The enlargement of Zion’s tent (lsa. 54:1-3) is fulfilled when the Gentiles accept Christ (Gal. 4:27). The new covenant promised by the Lord through his servant Jeremiah (Jer. 31:31-34) is the one which guarantees complete salvation to every believer — whether Jew or Gentile — through simple faith in Christ, apart from all ceremonial ordinances (Heb. 8:8-12; 10:16-20). The symbolism of Ezekiel’s healing waters (Ezek. 47; cf. lsa. 44:3; Zech. 14:8) is fulfilled on the day of Pentecost when the Holy Spirit is poured out (John 7:37-39). The prediction according to which those “not pitied” would one day be “pitied,” and those who had been called “not my people” would be called “my people” (Hos. 2:23; cf. 1:9, 10) was fulfilled by means of the establishment of the church, considered as the body of those who are called, not from the Jews only but also from the Gentiles (Rom. 9:24-26). The raising up of David’s tent (Amos 9:11 ff.) is fulfilled when God visits the Gentiles, to take out of them a people for his name (Acts 15:14 ff.). It is clear, therefore, that there is a sense in which it is entirely proper to say, “The blessings promised to Israel are for the church.”

In other words, when a prophecy is destined to be fulfilled in the new dispensation it is fulfilled according to the spirit of that new era. Hence, these Old Testament prophecies are fulfilled in the Spirit-filled church, and there is not the slightest indication anywhere in the Old or New Testament that at some future time the clock will be turned back. Let us begin to breathe the air of the new dispensation. Let us live and think as New Testament people should live and think. Not “Back to Jerusalem!” should be our slogan, but “From Jerusalem into all the world!”

1. See The Premillennialistic Conception concerning Israel and the Church, a copy of which was placed in Calvin Library, Grand Rapids, Mich.

Dr. William Hendriksen was a very well known Bible commentator who’s writings have grown in popularity over the years. He held degrees from Calvin College (A.B.), Calvin Seminary (Th.B. and Th.M.), and Princeton Theological Seminary (Th.D.). He served as pastor of several large congregations of the Christian Reformed Church in Zeeland, Muskegon and Grand Rapids, Michigan from 1927 to 1942. He also held the position of Professor of New Testament Exegetical Theology at Calvin Seminary. He authored many books, among them were The Covenant of Grace, The Bible on the Life Hereafter, The Sermon on the Mount, More than Conquerors, Bible Survey, and the most popular, The New Testament Commentary series.