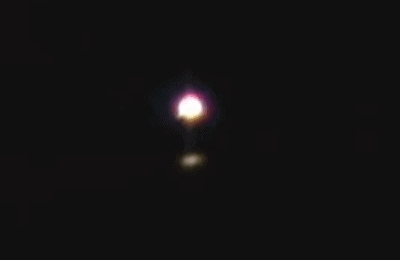 Last night I was out walking my dogs (interesting, since Gonz Shimura, below, was doing the same), and I suddenly saw a bright, aqua light in the sky. It’s size and appearance was much like the ones in the video below. (I didn’t have my phone with me so didn’t get a photo, the photo above is just from a Google Search). The “orb” that I saw came straight down out of the sky quite quickly and disappeared from view into the woods. My response was understated, like “Hm, that’s interesting, an orb.” I looked around to be sure no one was doing fireworks or anything, but I knew what it was both instinctively, and from many I’d seen in videos. Interestingly, the orb I saw was in the general area, within about 10 homes, of a sighting that my neighbors had several months ago. Here is the video they took with an Iphone.

Sightings are becoming more frequent all the time and many believe that we are being prepared for a not so far off ‘disclosure’.

In case you haven’t seen any of my other posts about orbs and other UFO’s, I do not for an instant believe these to be ‘extraterrestrial’ in nature.  They are ‘extra-dimensional’. See Gonz’ “Age of Deceit” below, or in the sidebar. Another very informative source on the subject is Tom Horn’s book “Exo Vaticana”.

UPDATE: I was made aware of This Article which posted today. However, as I recall, the sightings that stayed lit for quite some time (as in the video below) suddenly became less bright, and were lit for less time later in the hour, even seeing them drift. This leads me to believe that perhaps they were using different flares, or the military explanation/activity is some kind of greater cover-up. You decide.

Last night (8-25-2014), I was out walking my dog like I do every night. While walking on the side of the community complex which sits on top of a slight hill next to the neighboring community, I heard a loud “Boom!” I looked towards the sound and I saw two large bright orange orbs in the sky. I pulled out my camera phone and began filming. What you see in the video is the footage captured.

The sighting consisted of several orbs appear and then two more appear as the first two disappeared. This continued to occur for another hour or so. I called a friend and asked him to film from where he sat less than 10 miles northeast of where I was. And he certainly was able to catch the same footage. This is also included in the video.

Perhaps the most bizarre thing about this sighting was not the orbs itself, but the fact that the random person I called over to see it also happened to be someone aware of these issues that I’ve discussion in my films. Perhaps this was not a coincidence, but it was quite startling to meet someone of this elk, especially under such strange circumstances. He said that they will reveal themselves soon, and that they will call themselves “the travelers.”

UFO sightings of this type have been common in Orange County, California as of late. Below is a video from a news report of a similar sighting just a month ago. 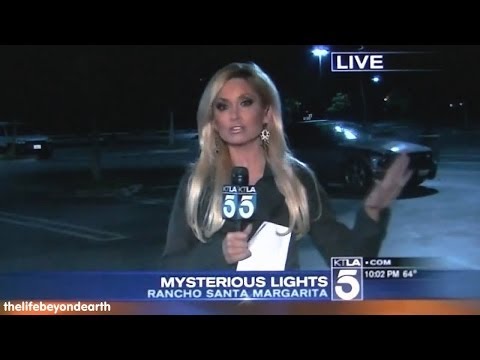 What are these UFO Sightings? Are they just flares? Are they some kind of military craft? Are the demons? Are they the manifestation of fallen angels? In my opinion, they were just high level flares that may or may not be declassified. However, the possibility still exists that they were something more. Even if they were just flares, it would raise the question of why the military were using them in an area that has never really seen them before? Some things to consider.

1) Camp Pendleton Marine Bse is situated just south of where I was, in between Orange County and San Diego.

Perhaps they are preparing for marshall law? Or preparing some sort of false flag event to hit southern California? What are your thoughts on what these orbs were? And have you had your own UFO sightings in Orange County, CA? If you have, leave a comment below, or link to a video you shot.

Check out my video: AGE OF DECEIT: Fallen Angels and the New World Order that discusses my general theory of UFOs and ET’s from a Biblical perspective.