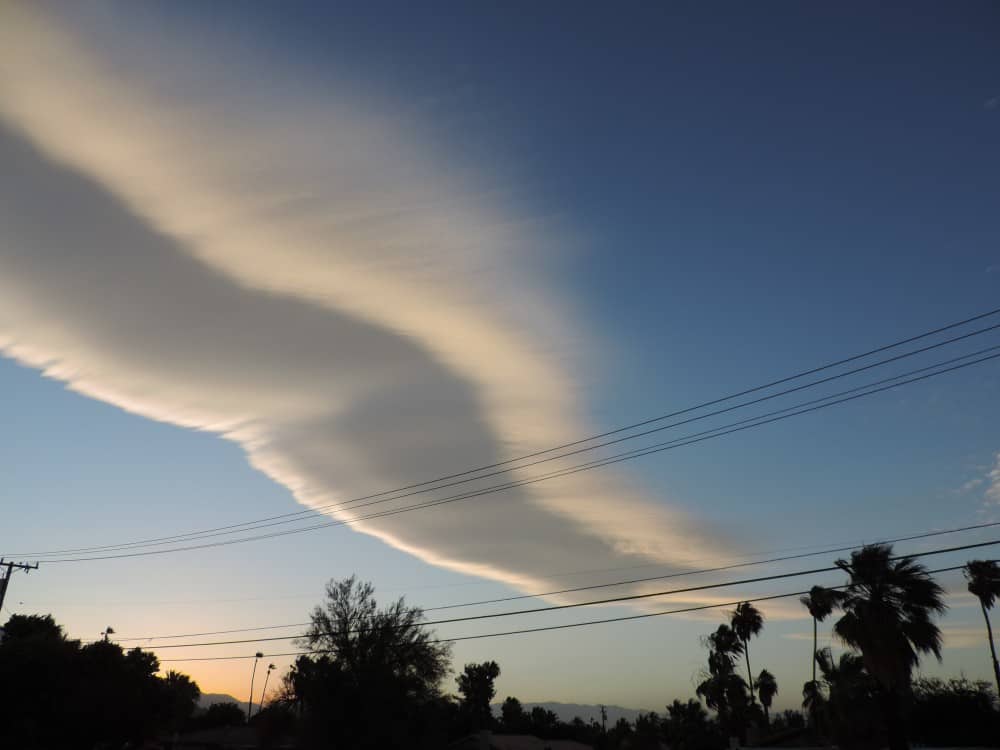 I took these pictures on Monday, June  16 starting at 10:00 am PST.  Air force 1 just left Palm Springs airport, supposedly with Barack and Michelle aboard, but I have my doubts that they were even here.

Back to my original post of the “ little cloud that would not be blown away,” later that day at sunset, even by 40 mile an hour winds.

If you care to view the pictures in my dropbox, it tells the story.

The jets were turning on their  “contrails” just before they would enter the “cloud.” I don’t know about anyone here at the OL, but I have never seen a cloud not moved by 40 mile an hour winds! Well, not until 2 years ago when they decided to use the Coachella Valley as a starting point for the geoengineering that is talking place across our country. And, for that matter, the entire globe!

I have observed this so-called “natural phenomenon” many times before now. The cloud that just won’t move phenomenon.  I will just say, there is technology that has been around for a century that can do just what can be observed in my pictures. Nikola Tesla was no idiot; his research is now being used to control the planet’s weather.

Some may call me a “Conspiracy Theorist” that’s fine with me, but I know there is nothing “natural” about the cloud in my pictures that was sprayed by jets, using a toxic mixture (that we are all breathing) administered through aerosol spraying devices, located near the jet engines.

Decide for yourself or believe the disinformation lies!

I will end with this. All the catastrophes that will happen in the book of Revelation could very easily be brought on by man himself, with maybe the exception of the Wormwood comet, or whatever it is. I truly believe geoengineering will play a huge role in those judgments of God in the last 3 ½ years of the Great Tribulation!

(the one picture of A 1 is a reference, I did not take it, but all the others I did)

The cloud that would not blow away