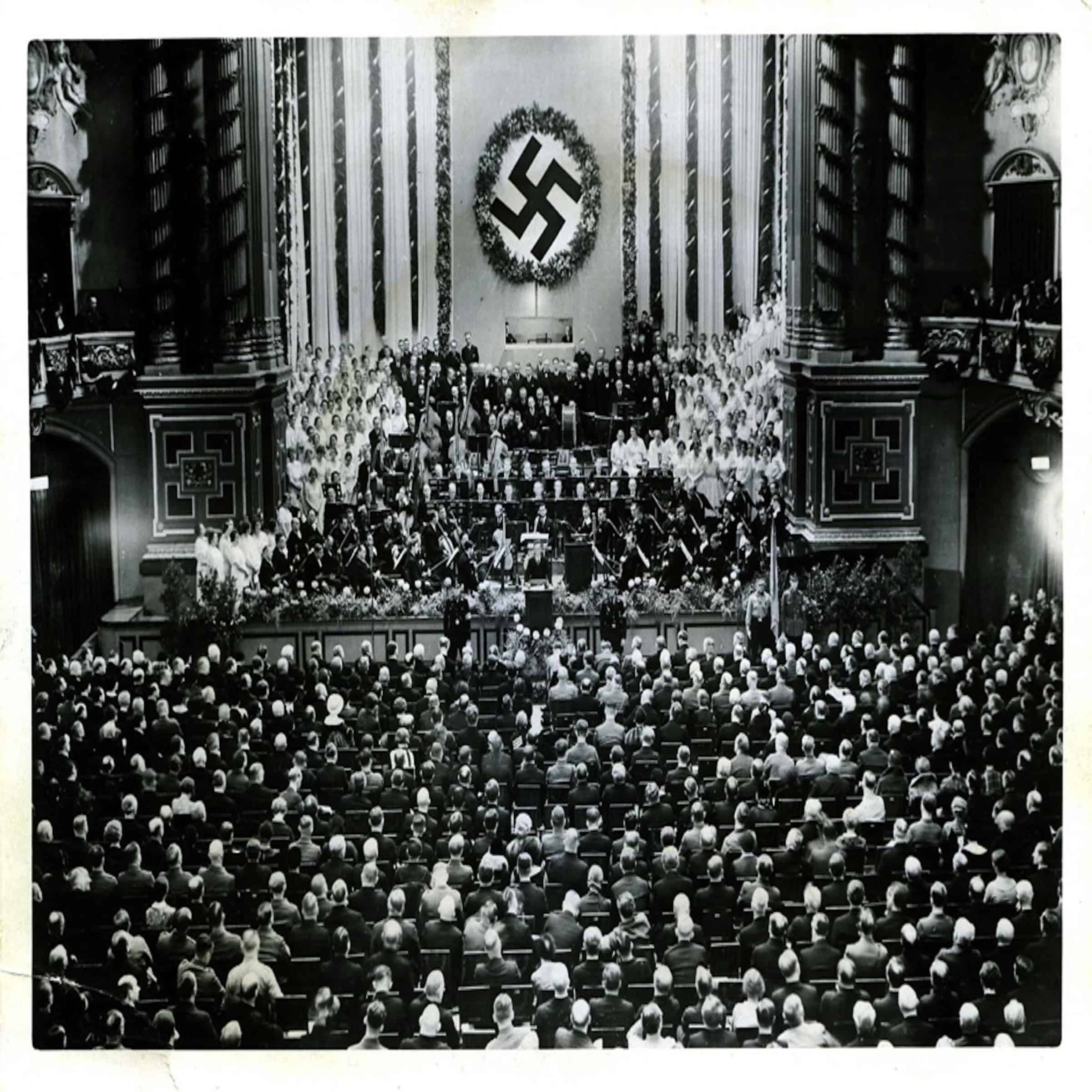 On a recent History Channel special I watched a documentary on how Adolph Hitler and the Nazis seduced a nation, and the psychological dynamics that go along with that process. One of the first steps is that ordinary people begin to lose their innate power to discern good from evil in people. As a young boy growing up in New York City, my atheist mother, a card carrying member of the ACLU, taught me how to read people by what their faces and eyes projected. There was a time in America when this was just plain old common sense.

We now live in a world where people do not seem to be able to recognize the strong messages that our cultural, religious and political leaders are sending us through their facial countenance. To be blunt, most often when a person looks evil they are evil, plain and simple.

But I think this basic truth goes deeper than that. I believe there is a direct relationship between the incremental moral choices people make, their openness to spiritual energy and what might be called interdimensional beings. Quantum physics and String Theory tell us that we live in a multi-dimensional universe that consists of something like vibrating strings. Some physicists believe that it is this vibration which creates what we call the material world. Perhaps the words in Genesis 1:3, And God said, Let there be light: and there was light, is not as farfetched as some people think it is; the idea that some kind of great consciousness, which the Bible defines as the Personal Living God, used His Word as some kind of vibrational command to create matter and energy. To speculate further (and this is nothing more than speculation on my part), sound is a longitudinal vibration in air or other matter, and light is a transverse vibration in space, in the ether. Perhaps God’s word is a strange kind of longitudinal vibration in the ether…a kind of sound and a kind of light all at once, both the Light and the Word of Truth. Perhaps God’s Word is the ether, an ether that is a matrix of waves. 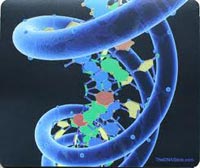 Both biologists and physicists are telling us that our DNA is actually transformed by emotion and thought. In addition, when people are healthy they actually glow because they produce bio photons within them. What if evil people and good people live on different vibrational frequencies and the energy they project is based on that specific vibrational frequency? The Bible tells us that we are the temple of the Holy Spirit, which means that our physical body holds not only the Third Person of the Trinity, but some kind of vibrational frequency.

Dr. Leonard G. Horowitz, author of “Musical Cult Control: The Rockefeller Foundation’s War on Consciousness Through The Imposition of A=440 Hz Standard Tuning,” believes that ancient religions like Christianity and Judaism used music to elevate man spiritually. The original Solfeggio music scale, which was equivalent to the note “C,” was 528 Hz. According to Horowtiz, in September 1939 Rockefeller and Illuminati financial interests dictated that the standard tuning for the note of “A” above middle “C” would be precisely 440 cycles per second.
The British Standards Institute adopted A=440 Hz in 1939, promoted by the strange consortium of Rockefeller Foundation influence and the Nazi government. Ironically, the British adopted a tuning standard promoted by the Third Reich, just as both went to war. While 440 Hz had been rejected by British musicians only three months prior, Josef Goebbels persuaded the BSI to adapt 440 Hz, saying it was of extraordinary importance.

Dr. Leonard Horowitz writes “Music bioenergetically affects your body chemistry, psycho neuro immunology, and health. Your body is now vibrating musically, audibly and subliminally, according to an institutionally imposed frequency in harmony with aggression and in dissonance rather than vibrating in harmony with Love.” If you think Horowtiz’s research is something out of a science fiction movie, do a little research into the background of the musical scales of the Grateful Dead.

What people do and what people are in terms of good and evil creates vibrational energy. If you were to invite many of the political leaders of either political party into your home, you might be impressed with their charm as an adult, but your little children would begin to cry, your dogs would growl, and your cats would hiss. Why? Because they are not being seduced by their attire or charm; they are reacting instinctively to their vibrational energy. It almost seems as if our world has been invaded by grotesque interdimensional beings who disguise themselves as human. On any given night these psychic vampires appear on our television screens as celebrities, politicians and media personalities feeding off what is left of the energy of the goodness of the American people. This is a metaphor that has been explored by numerous writers and filmmakers.

In John Carpenter’s 1988 science fiction cult film, They Live, the hero discovers the ruling class are really aliens who disguise and hide their true appearance to look human. They take control over all aspects of society by using a signal mixed with a television broadcast and subliminal messages transmitted by mass media. John Whitehead, a constitutional expert and founder of the Rutherford Institute says:

“They Live, which I explore in greater detail in A Government of Wolves, assumes the future has already arrived. John Nada is a homeless person who stumbles across a resistance movement and finds a pair of sunglasses that enables him to see the real world around him. What he discovers is a monochrome reality in a world controlled by ominous beings who bombard the citizens with subliminal messages such as “obey” and “conform.” Carpenter makes an effective political point about the underclass (everyone except those in power, that is): we, the prisoners of our devices, are too busy sucking up the entertainment trivia beamed into our brains and attacking each other to start an effective resistance movement.”

“Carpenter, as author John Muir writes in his insightful book The Films of John Carpenter, sees the government working against its own citizens. This theme features prominently in the films I explore in my new book, A Government of Wolves: The Emerging American Police State, which examines how writers and filmmakers have used science fiction to forecast the future, hold up a mirror to the present, and most important of all, engage their audiences in a critical dialogue about what happens when power, technology and militaristic governance converge. Yet even among a pantheon of dystopian films such as Minority Report, Nineteen Eighty-Four, The Matrix, and V for Vendetta, Carpenter’s work stands out for its clarity of vision.” 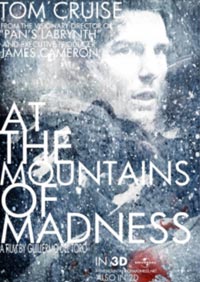 Guillermo Del Toro “At the Mountains of Madness” film.

What is interesting is that John Carpenter’s films were influenced by H.P. Lovecraft; in fact, the screenplay of They Live was written by Carpenter under the pseudonym of Frank Armitage, a character in one of Lovecraft’s novels, The Dunwich Horror. In John Carpenter’s The Thing an alien creature is discovered under the ice of Antarctica. The Thing is a remake of the 1951 Howard Hawks film The Thing from Another World, which was also based on a short story by John W. Campbell called “Who Goes There?” The Thing, with its Antarctic setting, acknowledges H.P. Lovecraft’s At the Mountains of Madness, which is currently being made into a major motion picture by Hollywood. 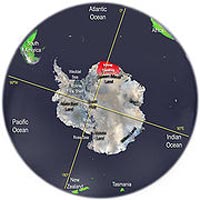 What happened in Nazi Germany with Adolph Hitler takes us into far deeper dimensions than simply being able to read people and recognize the power of evil at work. H.P. Lovecraft’s novella was written in 1931 and it borrowed from the myths of secret German occult societies that spoke of a super race of god-men that came from the stars and settled on the island of Thule (which some believe was Atlantis) and then escaped into a deep underground civilization in a frozen region called Hyperborea. 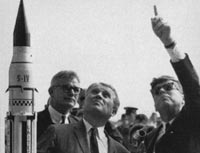 The Nazis quest to conquer “Neuschwabenland” and the Nazi creation of UFO-type technologies, which was perhaps based on the clairvoyant contact of beings from another dimension by the Vril maidens, centers around the Nazi stronghold built under Antarctica. One could dismiss all this as nonsense except for the fact that the Nazi rocket scientists under the leadership of men like Werner von Braun, who helped to found NASA, were far beyond America and the rest of the world in their technology, and the Nazi rocket scientists took these legends seriously.

America is currently under a spell, and that spell is based on vibrational energy. There are people who appear nightly on our television screens who are actually monsters. They are frightening and scary and most of all they are evil, but most Americans are like the citizens in John Carpenter’s They Live… they are in some kind of trance state and cannot see the obvious. Find a pair of those sunglasses and lend it to them, because as Carpenter said with the title of his movie, They Live!