A Common Core teacher took nearly a minute to solve a simple math problem which could easily be solved by children in a few seconds. 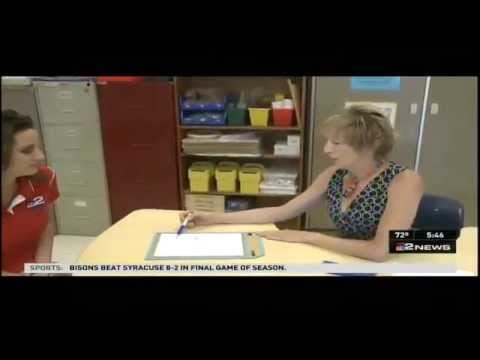 In a “Homework Helper” video filmed for a Buffalo, N.Y., news station, the teacher, Ilene Ryan, takes 56 seconds to explain how to add 9 plus 6.

After the video was uploaded on YouTube, viewers were quick to criticize her lesson.

“Let me explain why this is bad,” wrote pastorart1974. “The young Marine, on the battlefield, knows his rifle has a 15 round clip; he has fired six rounds already, and his sergeant asks how many rounds he has left. During the Vietnam War, the Marine replies, nine!”

“In our next war, by the time our young Marine figures out the answer, he and his sergeant would have been killed by the enemy.”

“I learned this kind of trick to do mental math long after I’d already mastered basic arithmetic the proper way – repetition,” he stated. “Until you’ve got a fundamental groundwork, this kind of trick is a total waste of time, but it’s intentional.”

“With everything they do they are ‘all wise’ and they ‘will take care of us’ and ‘people are stupid and they don’t care and they are not responsible and that’s why you have to have government to take care of everybody and protect them from themselves,’” former Congressman and education expert Dr. Ron Paul said. “In this case the government argues that we have to do this [Common Core] to protect the children against the parents because the parents are irresponsible.”

“I believe those who think they’re superior want the population, the populace, to be as obedient as possible in case they need to send them off to war, in case they want them to work and pay taxes.”

But not only is an obedient population, dumbed down through Common Core, easier to control, they are also unaware of their rights, which allows the federal government to grow without restraint.

“The whole thing is that ‘the state is sacred’ and in order to have a state, the government, continue to grow, it’s always at the expense of liberty,” Dr. Paul added.