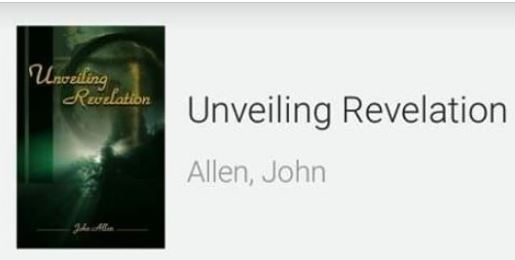 Historically speaking, the “1,000 year” period comes from Gnosticism and Zoroastrianism. Here are some insights from John Allen from his book “Unveiling Revelation”.

“Did the testament writer know anything about a ‘millennium’?

Not even Paul, to whom so many wonderful secrets were revealed! Except for Rev.20, where we read, not of a millennium, but of ‘1000 years’, there is not one other reference in the whole of the New Testament, or, for that matter, the whole Bible, to this paltry science-fiction of confused eschatology. Jesus never mentioned it, neither do Matthew, Mark, Luke, John, Paul, Peter, James, the writer to the Hebrews or Jude. Can they all have been so totally ignorant of such an important event? Were they all further from the truth than our 20th century ‘end-time’ enthusiasts?

Quite aside from the above, we find in the very grammar of Revelation something that proves beyond a shadow of a doubt that this ‘1000 years’ is symbolic, not literal. In Rev.20:7 (‘and when the 1000 years are completed..’), the Greek word for when is ‘hotan’, correctly translated in the Nestle and Marshall Greek Interlinear as ‘whenever’. This word, according to Thayer’s Greek-English Lexicon, is used of events which are assumed will really occur, but the time of whose occurrence is not definite (from our point of view). Strong’s Concordance says that ‘hotan’ implies more or less uncertainty (time-wise), a typical New Testament example being 2 Cor.12:10, where Paul says ‘when I am weak, then I am strong’. No time limit, or period, is indicated: simply, whenever he is weak, then he is strong. Yet there is nothing uncertain about when a literal period of 1000 years is going to end: if it is literal, it will end after 1000 years! In Rev.11:7, speaking about a symbolic period of time (1260 days), the text reads ‘..when (whenever) they have finished their testimony.., indicating that the literal time period is uncertain, although its symbolic length is stated. In Rev.20:7, where the symbolic period is 1000 years, this same word is used: whenever.

If the time-span was certain and/or literal in either or both cases, there is a choice of up to 13 other Greek words to select from. Thus the grammar itself tells us, even if nothing else did, that this ‘1000 years’ cannot be a literal period of time, but must be symbolic. John uses the only word that does not refer to a definite period of time: why would he do so if the period was definite?” (Unveiling Revelation by John Allen)