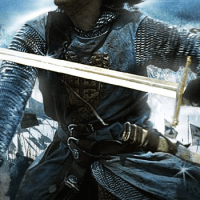 “My kingdom is not of this world. If it were, my servants would fight to prevent my arrest by the Jewish leaders. But now my kingdom is from another place.”

The Reconstructionist is guilty of allegorizing scripture; this is when you take a literal meaning or a simple meaning of scripture and transform it into a fable. They also do this with the book of Revelation. The history of this teaching is best described in a book titled “Road to Holocaust” by Hal Lindsey:

“By the time Augustine (A.D.354-425), the famous Bishop of Hippo, Origen’s system of interpretation dominated the Christian scene. (sic) But it was Augustine who systematized the allegorically based teachings into a cohesive theology that would dominate the Church for over a thousand year’s.(sic) Even the Reformers continued to hold most of his views, including his allegorically based, unrefined eschatology. The Roman Catholic Church, using Origen’s system of interpretation and Augustine’s theology, soon applied and instituted the teaching that they were the inheritors of Israel’s promised to Israel and therefore must take ultimate authority over the political powers of this world. At one point during the Middle ages, the Church held authority over virtually all the Middle Ages, the Church held authority over virtually all the rulers of Europe. History witnesses that this was one of the most oppressive periods of Christianity, both toward Christians and those outside the Church.” pp 9-10

As many know the Church during this time believed they had divine authority over Scripture; simple man could not understand it. Today the teaching of Reconstructionism is flourishing especially with the onslaught of Reconstructionist books and Newsletters. The most influential book (text book) today for the movement is “The Institutes of Biblical Law” by R.J. Rushdooney published in 1973, 800 pages long. Rushdooney came from a long line of Armenian immigrants and did have a Masters degree from the University of California and later received his Ph.D. He founded the Chalcedon Foundation in 1965 and had a newsletter he published. Rushdooney is now deceased but his books and materials live on. Rushdooney was a student of Cornelius Van Til, a Princeton University Theologian. Van Til was not a Reconstructionist himself but laid some groundwork that was not correct and the Reconstructionist continued from there. Also, John Calvin is popular among their ranks; the Reconstructionists see themselves as the political heirs of Calvin’s doctrine. His doctrine is a model for them politically that was created in Switzerland in the 1500s. Rushdooney also happens to be the man who launched the home school movement. It is important to scan those books as well for Reconstructionist jargon.

Briefly the Reconstructionist teaches that it is the Church that must change the politics of our country and then institute those laws upon man. The law must be founded on the Mosaic Law; of course that is Old Testament. Sounds refreshing compared to what we have today; however, then they define their law! That law would include the death penalty for juvenile delinquents, pagans, and those of us that believe in the rapture of the church, just to name a few. I had to ask a question at one of their meetings I attended in the early 1990s: “Where do pre-trib Christians who believe in the rapture fit in?” The answer was: “They are pagans!”

The Reconstructionists want a third political party believing the Republican Party (and us the “Christian Right”) has abandoned them, so they want another party. What they will call it is unknown but it should be labeled the “Theocratic Party”.  Once the theocratic political government is in place the faithful Dominionist Charismatics will carry out their agenda. Ah, the foot soldiers are already training the congregants to move forward! These are your Latter Rain dominionists. They refer to this as “The Day of the Lord”, or “Joel’s Army”. These self proclaimed prophets believe it is the will of God for them to execute judgment on the world as well as the Church. They are waiting for that “divine” call from their “Unholy” Spirit, which they have confused as the Holy Spirit. In fact one day I was driving in Orange County and stopped into the Vineyard Church (at that time it was pastored by John Wimber).  Anyway, I decided to visit their bookstore and these tapes by Jack Deer caught my eye so decided to buy them. On the way home I listened to the tapes and the offenses, militant tone and words were shocking. My husband and I pulled the car off the road. It was so bad that we wanted to make sure we were hearing him right.

The following is a transcribed version out of a booklet titled “Joel’s Army” by Discernment Ministries. I highly recommend everyone get a copy. They quote Jack Deer:

“How is God going to bring judgment upon His Church and then judgment upon the land after His Church? He’s going to do it with a large and mighty army. Now what is this army like? He says, first off in verse 3, well, first of all He said that this army is totally unique. This army, there’s never been one like it, and there never will be one like it in ages to come… When this army comes, He says it’s large and it’s mighty. It’s so mighty that there’s never been anything like it before… “Begin the slaughter and begin it in the temple and begin it with the elders, the leaders of my people.” And they walk through the land and they start and they begin to slaughter and, you know God has already started that? He has already started with the biggest names in His household? He has already started the slaughter… and it is coming now among the Church. He’ll start with the leaders, but He’ll move out into the Church. That’s why, when He says in verse 2, “It’s a day not of rejoicing and happiness, it’s a day of darkness and gloom. It’s a day of clouds and blackness, like dawn spreading across the mountains.” You really want the Day of the Lord to come? Woe to you, woe to you who long for the Day of the Lord. That Day will be darkness, not light.” (Jack Deere, “Joel’s Army,” Vineyard Ministry International, audio cassette, 1990) [Emphases added]

This same rhetoric is being played out across this land and other countries as well.

One of the most horrible offenses of the Reconstructionist teaching is that God is done with the Jew and has cast away Israel. They believe that the church is now Israel and the descendants of Abraham, Isaac, and Jacob have no future. The Bible says differently.

That is pretty clear I think!  Israel is a nation that belongs to the Lord it is His timepiece. God never breaks a promise to anyone.  The Reconstructionist has flooded the church with their twisted facts that God has abandoned Israel.

This kind of teaching is called Replacement theology it is anti-Semitic and a complete heresy. This teaching is one of the worst offenses of this movement; in fact, it is Nazism all over again. Sometimes this teaching is referred to as Spiritual Israel. Remember, Hitler believed that the Jews had no place; that God had abandoned them.

Gary DeMar; another prominent leader in the Reconstructionist movement, writes in  “The Reduction of Christianity”:

“A clear example of Christ’s rule over the nation for His church was the destruction of the Jewish state that persecuted the early church (Matt.24; Luke 21; cf. Acts 6:8-15). In destroying Israel, Christ transferred the blessings of the kingdom from Israel to a new people, the church.”…Some of the other leaders that have developed the spreading of such messages are:

Ray Sutton:  “That You May Prosper”

There are many others, but these as well as Rushdooney are prominent. Of course let’s not forget to mention Gary North, the son in law to Rushdooney who wrote the preface to David Chilton’s “Days of Vengeance”. North has been upfront and has left his soiled spots across the Church inroads.

The following is taken from his book titled “The Judeo Christian Tradition”:

“Jesus came as the final prophet, the very Son of God, to call Israel to final repentance. He delivered God’s final covenant lawsuit against Israel, a final threat of divorce. The Jews as a covenanted nation refused to listen. Instead, they killed Jesus – divorce through execution. They submitted their own final divorce papers to God by killing the Bridegroom. To their shock and horror, the Bridegroom returned from the dead to issue the final divorce decree to Israel Jesus issued this divorce decree in private, after His resurrection, but prior to His ascension. He did this by announcing the annulment of the covenantal requirement of the mark of circumcision, and the substitution of a new mark, baptism. “Then the eleven disciples went away into Galilee, into a mountain where Jesus had appointed them. And when they saw him, they worshipped him: but some doubted. And Jesus came and spake unto them, saying, all power is given unto me in heaven and in earth. Go ye therefore, and teach all nations, baptizing them in the name of the Father, and of the Son, and of the Holy Ghost: Teaching them to observe all things whatsoever I have commanded you: and, 10, I am with you always, even unto the end of the world. Amen” (Matthew 28:16-20). From that point on, Israel could not return as a nation to be God’s Bride.”

God is a perfect God and this is so blasphemous that I cannot even wrap my spirit around it, let alone my mind!

I have noted some ministries have tried to expose the Dominionist/ Reconstructionist movement, but cleverly leave out the movement’s heresy on replacement theology. This leaves the ministries suspect in my book! I personally know of one such gentleman who told me he agrees that the church is Israel, but later I saw an article on his website about Dominion theology. At first I thought, “Oh wow maybe he changed”, but then I noticed that he left out the most important heresy! Sometimes it is good to see what is missing instead of what is there. I want to end with the Scriptures:

Romans 11:25 For I do not want you brethren to be uninformed of this mystery-so that you will not be wise in your own estimation-that a partial hardening has happened to Israel until the fullness of the Gentiles has come in; v 26 and so all Israel will be saved; just as it is written, The Deliverer will come from Zion, He will remove ungodliness from Jacob,”v27 This is My covenant with them, When I take away their sins.” v 28 From the standpoint of the gospel they are “enemies for your sake, but from the standpoint of God’s choice they are beloved for the sake of the fathers; v 29 for the gifts and the calling of God are irrevocable.”

Did you get that? Irrevocable!- Lantte Roessler