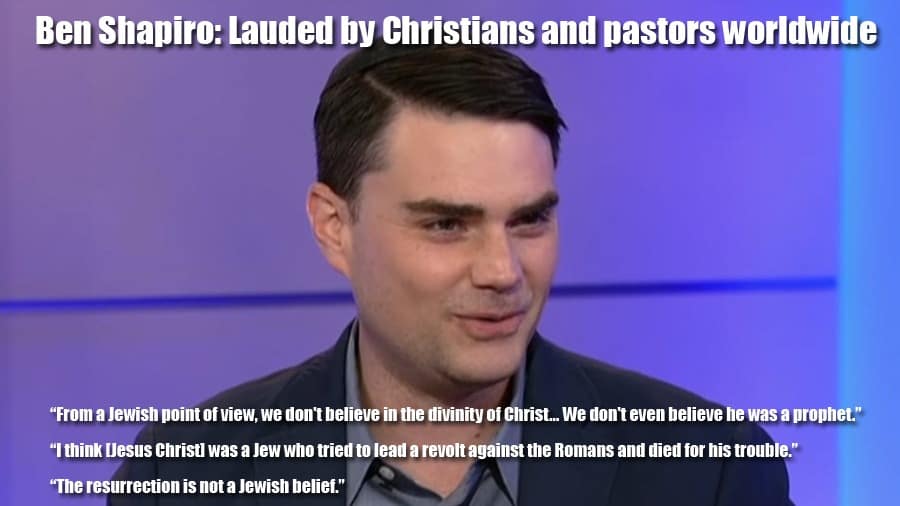 In this video, Dr. Baldwin exposes Ben Shapiro, a man who is adored by Christians and preachers worldwide as a conservative. The interview with Shapiro that Baldwin presents exemplifies the deception the church is under in its blind support of Israel through the false eschatological view of Dispensationalism.

What Zionist/political/physical state of Israel supporting Christians must understand is that the elite Jews hate Jesus Christ! Just as the Sadducees and Pharisees hated Jesus Christ and had him crucified. If Jesus were to come today, this Talmud/Kabbalah following group would have him crucified him all over again!

The organized church’s support of Zionist Israel is an endorsement of heresy against Jesus Christ, our Savior and King! This should not be! As the Apostle Paul wrote in 2 Cor 6:14:

“Do not be unequally yoked with unbelievers. For what partnership has righteousness with lawlessness? Or what fellowship has light with darkness?” 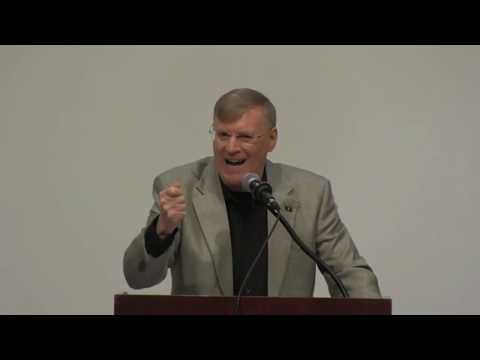 Shapiro: “From a Jewish point of view we don’t believe in the divinity of Christ. There we can make an argument that the gospels which were written…”

Host: “So he became legend in story and became a bigger and bigger deal as time went on…”

Shapiro: “Yea, he had a group of followers and then that gradually grew and then there was a…”

Host: “Do you think he was resurrected?

Shapiro: “No, that is not a Jewish belief.”

From the description of the video:

This 8-minute video clip is taken from Pastor Chuck Baldwin’s message to Liberty Fellowship in Kalispell, Montana, on Sunday April 14, 2019. During this message, Pastor Baldwin plays a brief video clip of Jewish Zionist Ben Shapiro as he openly blasphemes the Lord Jesus Christ.

Shapiro is embraced and lauded by conservative Christians all over America because of his pro-Israel Zionism. At the same time, however, people such as Pastor Baldwin are denigrated and hated by many of these same Christians for exposing the heresy of Christ-rejecting Zionism. It is plain that the foundation of the faith and fellowship of Christian Zionists is NOT Jesus Christ, but Israel and Zionism.