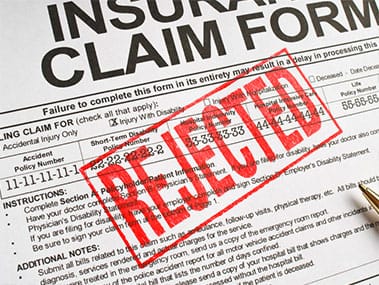 According to Aircrap writer, questions about directed energy weapons causing the bizarre California fires may be only the beginning of woes. Noting that:

When in Tampa (1990’s) they constructed a food irradiation plant over sink holes 25 miles east of my home.  When looking at my home insurance policy, radiation damage would only be covered if there was an explosion, not covered if home was contaminated with ground water….

Can you imagine the home insurance exclusion: “no coverage if trees are not burned.”

The letter below is from the Senior Vice President of QED International Associates, Andrea Psoras, to the Secretary of the Commodity Futures Trading Commission, titled “CFTC Requests Public Input on Possible Regulation of “Event Contracts”” and the referenced Global Research article establish the fact that these technologies exist.

CFTC (Commodity Futures Trading Commission) Requests Public Input on Possible Regulation of “Event Contracts” – Now where there are the weather and earth shaking technologies, or some circles call these weather and electro-magnetic weapons, used insidiously unfortunately by our military, our intelligence apparatus, and perhaps our military contractors for purposes contrary to that to which our public servants take their oath of office to the Constitution, I suggest prohibiting the use of that technology rather than leaving someone else holding the bag in the event destruction produced by, and where so-called ‘natural’ event were produced by military contractor technology in the guise of ‘mother nature‘.

Consider Rep Denis Kucinich as well as former Senator John Glenn attempted to have our Congress prohibit the use of space based weapons. That class of weapons includes the ‘weather weapons‘. https://www.globalresearch.ca/articles/FIT203A.html  as well as other articles about this on the Global Research website.

Here is the above mentioned globalresearch article:

The government says they don’t exist, but Kucinich wants Congress to take action

The debate surrounding the federal government’s alleged weather modification experiments has landed in the U.S. Capitol, thanks to Cleveland Democrat Dennis Kucinich. Representative Kucinich introduced the Space Preservation Act of 2001 on October 2 last year, seeking a “permanent ban on [the] basing of weapons in space.”

Alive asked Kucinich why he would introduce a bill banning so-called chemtrails when the U.S. government routinely denies such things exist and the U.S. Air Force has routinely called chemtrail sightings “a hoax.”

“The truth is there’s an entire program in the Department of Defense, ‘Vision for 2020,’ that’s developing these weapons,” Kucinich responded. Kucinich says he plans to reintroduce a broader version of the bill later this month. “Plasma, electromagnetics, sonic or ultrasonic weapons [and] laser weapons systems” were among those banned by HR 2977.

Two scientists working at Wright Patterson Air Force Base informed Alive of the ongoing secret experiments, one involving weather modification and the other involving the creation of an aerial antenna using a barium stearate chemical trail. The scientists referred to the work of legendary inventor Nikola Tesla. Before Ronald Reagan’s Strategic Defense Initiative (or “Star Wars”), there was Tesla’s vision of high-tech space-based warfare and weather modification.

According to Tesla biographer Margaret Cheney, federal agents seized Tesla’s papers after his death in 1943. “[At] least one set of Tesla’s papers had reached Wright Field [now Wright Patterson Air Force Base],” Cheney wrote. The Aeronautic Systems Division at Wright Patterson admitted it had the Tesla papers but claim they were “destroyed.”

However, Tesla’s dream is embodied in a glossy brochure titled “Vision for 2020” released by the U.S. Space Command in 1998. The brochure states, “The emerging synergy of space superiority with land, sea and air superiority will lead to Full Spectrum Dominance.”

The Space Command spells out its purpose pretty plainly: “Dominating the space dimension of military operations to protect U.S. interests and investment.”

There’s nothing new here, for those who have been paying attention. In the 1970s, Jimmy Carter’s National Security Advisor, Zbigniew Brzezinski, bluntly stated in his book Between Two Ages, “Technology will make available, to the leaders of major nations, techniques for conducting secret warfare, of which only a bare minimum of the security forces need to be appraised. [T]echniques of weather modification could be employed to produce prolonged periods of drought or storm.”

On January 4 this year, Canadian Professor Michel Chossudovsky, of the Center for Research on Globalization at the University of Ottawa, issued a report noting that weapons have the ability to trigger climate changes. “Both the Americans and the Russians have developed capabilities to manipulate the world’s climate. In the U.S., the technology is being perfected under the High-frequency Active Aural Research Program (HAARP) as part of the Strategic Defense Initiative (SDI),” Chossudovsky wrote. “Recent scientific evidence suggests that HAARP is fully operational and has the ability of potentially triggering floods, droughts, hurricanes and earthquakes. From a military standpoint, HAARP is a weapon of mass destruction.”

Doubters of the military’s secret plans should refer to George and Meredith Friedman’s The Future of War, Power, Technology and American World Dominance in the 21st Century. The Friedmans, government-touted “arms experts” and favorites of the military-industrial complex, assert that “The American experience of power will rest on the domination of space.”

The U.S. Air Force giddily embraced the Friedmans’ thesis in the 1996 report “New World Vistas: Air And Space Power For The 21st Century.” The Air Force report notes, “In the next two decades, new technologies will allow the fielding of space-based weapons of devastating effectiveness to be used to deliver energy and mass as force projection in tactical and strategic conflict.”

As for chemtrail skeptics, they might want to consult Rutgers University Political Science Professor Leonard Cole’s book Clouds of Secrecy: The Army’ s Germ Warfare Test Over Populated Areas. Chemtrail deniers are apparently happy with the thought that their beloved paternalistic government would engage in aerial spraying over densely populated areas.

U.S. Representative Marty Sabo, a Democrat from Minnesota, denounced “the secret Army program to spray Minneapolis and other cities with chemicals in the 1950s and ’60s,” the Minneapolis Star Tribune reported in September 1994. “The idea that the government would use its own citizens as guinea pigs is appalling, and I condemn it in the strongest possible terms,” Sabo told a House subcommittee investigating the secret spraying, which used fluorescent tracers to mark wind patterns.

As for the Army, it argues that the secret Cold War-era spraying was not “human experimentation” since it didn’t target any specific individuals and the zinc cadmium sulfide used was harmless. But the International Agency for Research on Cancer lists all cadmium compounds as known cancer-causing agents.

Former students of Clinton Elementary in south Minneapolis told an investigating panel from the National Research Council that the Army’s secret chemical spraying adversely affected their health, according to the Star Tribune.

Skeptics who continue to insist the government would never be involved in secret aerial spraying, particularly in Ohio, may want to address their questions to the C-130 aircrews from the 910th Airlift Wing stationed at Youngstown’s Air Reserve Station. In July 2000, an Air Force press release bragged, “Fifteen service members from military installations in Germany and England were at Ramstein Air Base, Germany, 8-12 May, learning how to use chemicals to destroy the enemy. The seven airmen and eight soldiers learned how to plan, execute and oversee the entire process of applying pesticides by air.” The press release said the Youngstown air unit will only be used against “insects with their deadly diseases.”

Apparently insects take many forms. During the Seattle demonstrations against the World Trade Organization in November 1999, CNN reported that a military air unit with pathogen capacity to induce sickness in humans was deployed against the demonstrators.

Copyright © 2002 Columbus Alive, Inc. All rights reserved. Reprinted for Fair use only.

The URL of this article is:
http://globalresearch.ca/articles/FIT203A.html

* I don’t believe these weapons are in “outer space” but are merely ground based, possibly being bounced off the firmament.