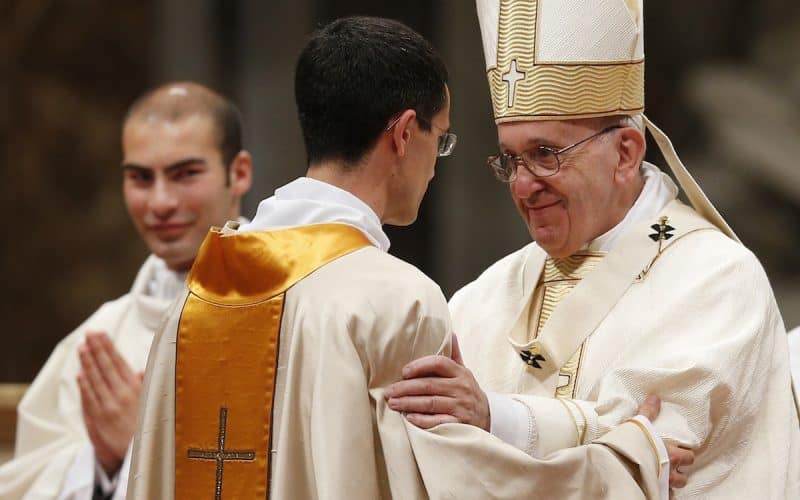 The catholic church has offered new guidelines for priests, suggesting they have a good understanding of the “global climate change problem” and that they share this “understanding” with their congregations. The Vatican’s Pontifical Academy of Sciences, which advises the pope on matters of science, has concluded, along with the Rockefeller-owned Weather Channel, that global climate change is real and is caused, at least in significant part, by human activity. Gosh, where have we heard that before?

“The new guidelines suggest that in the future, priests will also have a good grasp of the global climate change problem and will share this with their congregation.”

“Protecting the environment and caring for our common home — the Earth, belong fully to the Christian outlook on man and reality. Priests should be “promoters of an appropriate care for everything connected to the protection of creation.”

‘The aim is not political. The Church does not advocate for any policies that will erode basic freedoms or human rights. (-right-) Instead, the Church advocates awareness, conservation, and management of our planet’s resources for the good of all, and not just for the benefit of a mere few.”

Well, that all sounds very caring, responsible, nice and good, until we look at it from the another angle, that being that all the climate change hype is NOT real, that there has always been a natural ebb and flows in weather patterns over the years, and that the recent erratic changes we are witnessing since roughly the late 1990’s is the result of direct, deliberate manipulation through the geoengineering function of chemtrails.

All the alleged “climate models” being produced by these “experts” fail to include a single mention of the audacious programs currently underway in the sky over our heads that are drastically altering the weather.

But we’re not supposed to notice that.

Chemtrails are just a conspiracy theory.

Conspiracy theory? Can you honestly tell me that the sky isn’t being tampered with? 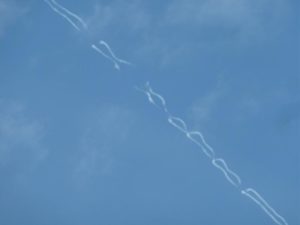 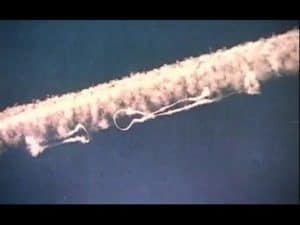 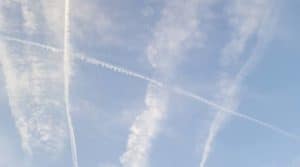 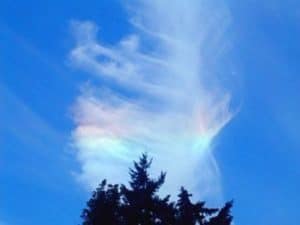 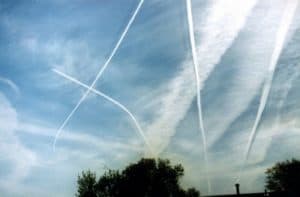 We see it every day; Criss-cross patterns in the sky that we’re told are “contrails” left by jets… Jets that are going to no known airport in the area… Jets that are not following any known flight path… Jets leaving trails that either spread out into a blanket, or “stick” and drop what look like blobs of goo… or break up into strange looking shapes that almost resemble glyphs.  If you haven’t looked at the sky lately,  I’d encourage you to take a few minutes to stop what you’re doing and watch the show. Do some thinking as you sky gaze – ask yourself some socially unpopular questions about just what it is that you are watching.

When thoughts and questions are ridiculed, brushed off without consideration and given completely unsatisfactory pat answers, or even criminalized, the place you find yourself is the arena of controlled information. And you can ask anyone who has lived under communism; it is the trademark of tyranny.

Dusting off my copy of Global Tyranny, Step by Step by William F. Jasper (1992), [which is a MUST READ by the way – here’s a link to it in PDF ], I turn to the chapter “The Global Green Regime” and find a quote from the Club of Rome:

“In searching for a new enemy to unite us, we come up with the idea that pollution, the threat of global warming, water shortages, famine and the like would fit the bill…All these dangers are caused by human intervention… The real enemy, then, is humanity itself.“

There it is again. Those nasty humans causing all these problems. Let’s revisit the quote by the article on Catholic.org:

“The Catholic Church is intimately concerned about climate change. The Vatican’s Pontifical Academy of Sciences is the world’s oldest, longest running scientific mission. That body, which advises the pope on matters of science, has concluded that global climate change is real and is caused, at least in significant part, by human activity.“

To quote further from the same chapter in Global Tyranny Step By Step:

“There are genuine ecological problems today challenging man’s intelligence, wisdom, and resourcefulness. Very few will deny that fact. One need not investigate very deeply into the organized “environmental movement,” however, or examine the “science” on which it hangs its hat, to realize that its repeated prophesies of apocalyptic doom have far more to do with increasing and centralizing government control over mankind than with protecting man and nature from environmentally harmful practices. Over the past two decades, a flood of books, articles, television documentaries, and news broadcasts has given the public such a frightening forecast of ecological catastrophe that far too many individuals now appear willing to give up their freedom for “solutions” that seem always to involve massive increases in government.”

“’The ecological crisis we are experiencing today — from ozone depletion to deforestation and disastrous air pollution — is tragic but convincing proof that the world we all live in is interrelated and interdependent. [..] This means that we need an appropriate international policy in the field of ecology. Only if we formulate such a policy shall we be able to avert catastrophe. True, the elaboration of such a policy poses unconventional and difficult problems that will affect the sovereignty of states.’

“In other words, we’ll all have to get used to the idea of a global EPA under the UN dictating policies about spotted owls, wetlands, auto emissions, hair spray, barbecue lighter fluid, and anything else affecting “the environment.” Which is virtually everybody and everything. This is a theme to which Gorbachev has frequently returned, much to the approbation of the one-world Insiders. One of his greatest fans in this regard is New York Times columnist Flora Lewis (CFR), who has praised him for going “beyond accepted notions of the limits of national sovereignty and rules of behavior.”

She is thrilled by his,

‘plan for a global code of environmental conduct,” which “would have an aspect of world government, because it would provide for the World Court to judge states.” This, she gushed with obvious delight, “is a breathtaking idea, beyond the current dreams of ecology militants…. And it is fitting that the environment be the topic for what amounts to global policing…. Even starting the effort would be a giant step for international law.’”

So we see that this is all being worked together. Religion, the environment, the economy, politics. The goal: global governance (tyranny), which they are selling as a Utopia.  (‘We are the world’ – ‘Imagine’ – ‘All we are saying is give peace a chance’…) A Utopia for a privileged few, anyway. But here’s the thing their end times script doesn’t want us to know:

Their success is NOT inevitable.

Please pray every day that God would open the eyes of believers to see through the layers of deception. We’re told to pray for His kingdom to come, His will to be done, and when the enemy’s propaganda tells us to pack it in; we pray some more, knowing that:

“Yet in all these things we are more than conquerors through Him that loved us.” – Romans 8:31