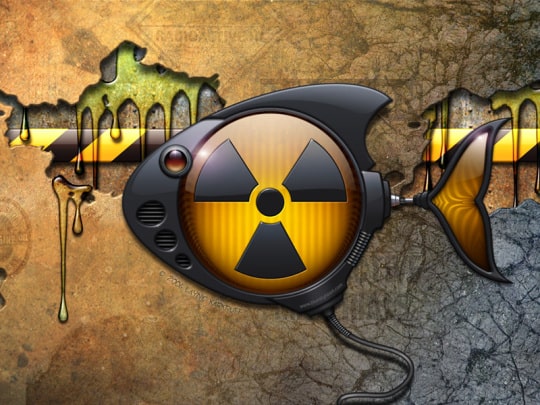 A question mark appears in the questions from the MSM about what could be causing such odd behaviors in the sea creatures in the Pacific ocean when they ask, could it be Fukushima?

By Susan Duclos – Before It’s News

Evidently adding the fact that the Fukushima nuclear plant dumping hundreds of tons of contaminated, radioactive water into the Pacific ocean daily after being devastated from the 2011 earthquake and tsnunami, and that sea life is acting strange, dying off, melting to goo among others things is too hard of a connection for them to make.

Ok, snark aside, ENENEWS quotes CBC News with “something very odd is happening in the Pacific” creatures are acting strangely, turning up where they are “rarely seen.”

Curious humpback encounter dazzles whale watchers — Captain recalls whale encounter […] We turned around and there was this humpback with his head completely out of the water , about 6 feet of it lookin at us […] There it was, just starin at us maybe 10 feet from the boat. The rest of a full hour it swam under the boat, around the boat […] everybody was ecstatic […] I’ve been on these waters since 1988 and nothing like this has ever happened to me before.[…] It’s a once in a lifetime event. >> Watch the humpback encounter here

LA Weekly, Nov. 27, 2013: […] Capt. Kyle Daniels of the L.A. County Lifeguard Division told us previously that while there might have been two shark sightings a year in the past, this year has seen an average of two reporting sightings per day. […] So should we be afraid? Not really. [Marine biologist Chris Lowe, head of Cal State Long Beach’s Sharklab] argues that “humans aren’t on the list” of things baby sharks like to eat. […] “These young sharks are probably scared,” Lowe says. […]

It really shouldn’t take an expert to add two plus two and get four. The Pacific is dying, it is being poisoned with radioactive water from the Fukushima nuclear plant and the animals are attempting to save themselves. Their behavior pretty much says it all.

Below are the two videos shown at ENENews of the humpback and whale encounters, referenced above. 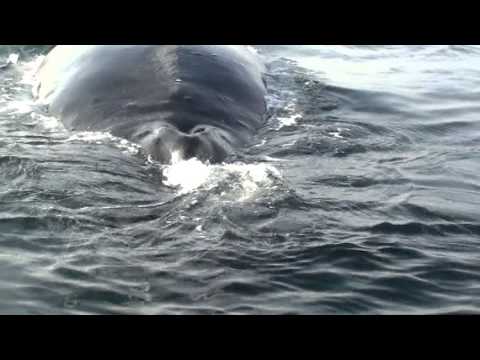 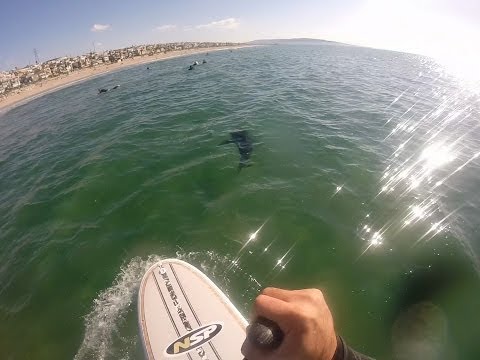