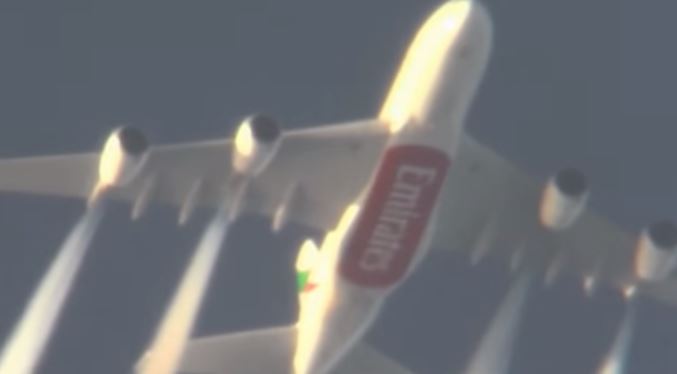 In 1990 the Department of Defense published a “Chemtrails” manualfor pilot training at the USAF Academy..

In the mid-1990′s unmarked military aircraft were observed spraying aerosols from ports located in the wings and around the exhaust of the jet engines.

In recent years, civilian aircraft are increasingly contracted to secretly spray aerosols through ports located near the engines and airframe. This video provides a well documented example of commercial aircraft spraying chemtrails over Gainsville and North Florida involvingAIRTRAN airways.

IPCC scientists also admit CO2 from aircraft will grow 3% per year but make no recommendation about using alternative forms of travel.

While not admitting that aircraft are spraying tons of aerosols into the atmosphere these same scientists say that contrails and artificial clouds have a profound effect on the climate and tend to warm global surface temperatures.

“If global warming is real, why are these aircraft secretly spraying aerosols that are known by UN/IPCC scientists, to warm the climate?”