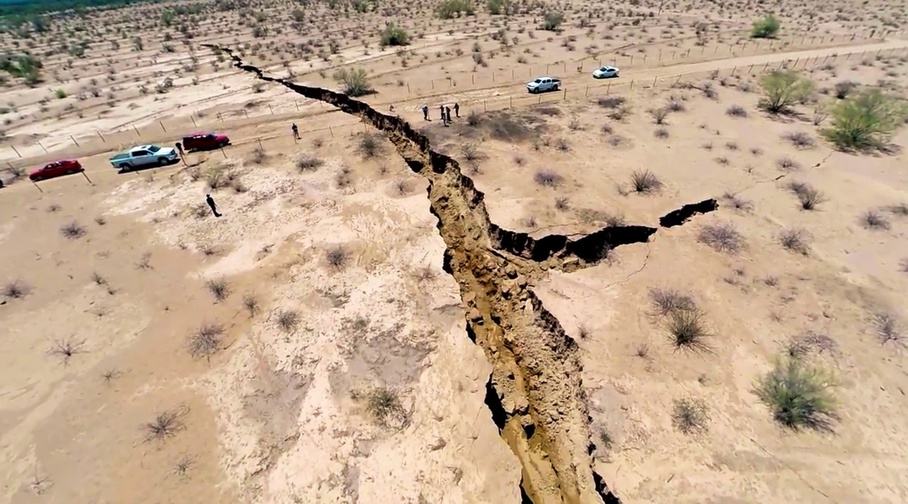 But how did this giant crack form is still a mystery!

Was the huge fissure caused by the nearby San Andreas Fault or is the collapse related to groundwater?

This one kilometer long and eight meters deep large trench in the Costa de Hermosillo in Mexico is baffling the inhabitants and officials of La Candelaria. BUT HOW DID IT FORM?

This crack opened up on August 17, 2014. Although social networkers believe it was created by an earthquake at the San Andres Fault, a geologist from the University of Sonora indicates that the ground has probably collapsed because of a stream of groundwater.

As shown in one of the pictures, this large earth crack has three perpendicular trenches. Maybe from side streams. Moreover at some places it is still covered. The soil in the area is very unstable, which makes the investigations more difficult.

So earthquake or water saturation? How did this giant earth crack form along the Costa de Hermosillo in Mexico? 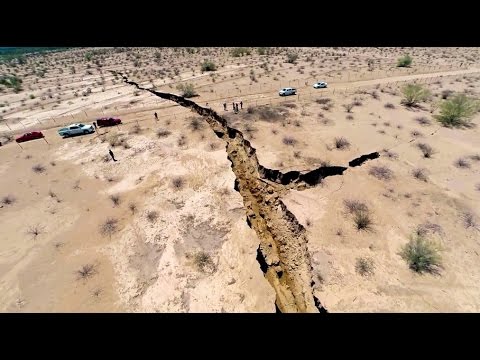 Is it a big fake? Images from the video are very robotic, don’t you think? If this is real, then I think actually that a combination of both hypothesis is responsible for the mysterious trench. An earthquake may have destabilized the soil along the underground stream years ago. The recent heavy rains may have then saturated the soil with water, which then collapsed.

What is your hypothesis for the formation of this giant fissure in Mexico?