Skip to content
The Truth About the Constitution: Should Christians Fight For Their Rights?
Dinosaurs and Genesis 6
CAS9 and COVID
Living In An Altered Reality
A “Sneak Peak” of the Inauguration Ceremony
Warp Speed to Reboot Humanity (by Nicholson1968)
No Coincidence
Choose LIFE!
Christian Observer Welcomes a New Writer!!
US Treasury Dept Allows Cryptocurrency | Transhumanism

“Jabal Haramun”; Hebrew: הר חרמון‎, Har Hermon, “Mount Hermon”) is a mountain cluster in the Anti-Lebanon mountain range. Its summit straddles the border between Syria and Lebanon[1] and, at 2,814 m (9,232 ft) above sea level, is the highest point in Syria.[2] On the top there is “Hermon Hotel”, in thebuffer zone between Syria and Israeli-occupied territory, the highest permanently manned UN position in the world.[3] The southern slopes of Mount Hermon extend to the Israeli-occupied portion of the Golan Heights, where the Mount Hermon ski resort is located.[4] A peak in this area rising to 2,236 m (7,336 ft) is the highest elevation in Israeli-controlled territory.

Peter Confesses Jesus as the Christ

13 When Jesus came into the region of Caesarea Philippi (Mount Hermon), He asked His disciples, saying, “Who do men say that I, the Son of Man, am?”

14 So they said, “Some say John the Baptist, some Elijah, and others Jeremiah or one of the prophets.”

16 Simon Peter answered and said, “You are the Christ, the Son of the living God.”

17 Jesus answered and said to him, “Blessed are you, Simon Bar-Jonah, for flesh and blood has not revealed this to you, but My Father who is in heaven. 18 And I also say to you that you are Peter, and on this rock I will build My church, and the gates of Hades shall not prevail against it. 19 And I will give you the keys of the kingdom of heaven, and whatever you bind on earth will be bound in heaven, and whatever you loose on earth will be loosed in heaven.”

20 Then He commanded His disciples that they should tell no one that He was Jesus the Christ.  —Matthew 16:13-20

Mt. Hermon is a place of extreme spiritual significance. Not only is it the place where the fallen angels landed when they fell, but it is also the place where Jesus Christ made the proclamation that He is the Messiah—right there on Satan’s domain! (See above, Matthew 16:13-20)

Situated 25 miles north of the Sea of Galilee and at the base of Mt. Hermon, Caesarea Philippi is the location of one of the largest springs feeding the Jordan River.

This abundant water supply has made the area very fertile and attractive for religious worship.  Numerous temples were built at this city in the Hellenistic and Roman periods.   Bible Places.com

The spring emerged from the large cave which became the center of pagan worship.  Beginning in the 3rd century B.C., sacrifices were cast into the cave as offerings to the god Pan.

Pan, the half-man half-goat god of fright (thus “panic”), is often depicted playing the flute.  This city known as Panias has been corrupted in the Arabic language to its modern name of Banias.

Encyclopedia Britannica states that Hermon means “Forbidden Place.” A 4th-century translator of the Latin Vulgate, Jerome, interpreted Hermon as “anathema.” Mount Hermon was the port of entry for a group of evil angels, who corrupted the human race in the days of Noah.

In an article by the late J.R. Church, he states:

During the ministry of Jesus, He and His disciples visited Caesarea Philippi (see photo) where the Jordan River springs forth from the slopes of Mount Hermon. In the photo, one can see the grotto and cave where Baal worship was in full swing. While observing these shrines, Jesus posed the question: “Whom do men say that I the Son of man am?” (Matt. 16:13). Jesus was standing in the territory of His great enemy, Satan, and his idolatrous Nephilim. It was the area out of which the Antichrist would arise.

This is a plan Satan and his fallen angels have been developing since the beginning, and you had better believe that the nephilim are here among us today! They can appear as humans, demons, or remain completely invisible, operating in the shadows. The exciting part of all this is that we ARE the generation who will see these things unfold! Some of them are terrifying, while others are exciting. Nonetheless, we are on the brink of the appearance of the Antichrist, who will come from Mt. Hermon—the United Nations, NWO, Illuminati, Nephilim, Freemasons, Elitists, Serpent Seed—yes! He will come through this people! A race whose bloodlines have been kept pure (evil) ever since Lucifer and one third of his angels were cast to earth!

With that in mind, howbeit the United Nations has strategically placed their biggest and most important base at the very top of Mt. Hermon—the highest point—exactly where the fallen angels landed? The place where ancient Baal worship and blood sacrifice took place? The place that has been spiritually marked as evil!

Here is another interesting note that might surprise you, according to J.R. Church:

In 1666, Louis XIV of France, authorized the building of an observatory in Paris to measure longitude. This was the beginning of the Paris Zero Meridian. Believe it or not, according to the “Paris Zero Meridian” Mount Hermon (and the ancient territory of Dan) is located at 33 degrees east of the Paris Zero Meridian (longitude), and 33 degrees north of the Equator (latitude)! The 33rd degree became an important part of Freemasonry, probably due to a history that dates back to the Knights Templar, the French Merovingian Dynasty, and their family ties to the Danites (see our chapter on Dan in Guardians of the Grail).

Can you believe that? The most significant Illuminati/Freemason number there is—33!  “A 33-degree Freemason…” What are the chances of that happening? Very slim. You see, as I mentioned, this has all been strategically planned out since the beginning. The reason why these things are unfolding as they are is because we are in the days spoken of by Jesus Christ Himself, where He said:

Jesus warned us! How much more clear can it be? The Antichrist is here, and soon, he will be made manifest! He is a ‘son of the nephilim’—serpent seed! He will be produced through the U.N. who, sits atop Mt. Hermon—open your eyes!This ‘messiah’ is Satan’s counterfeit for the real Messiah, Yeshua!

Satan fell with one thing in mind—to shake his fist in the face of God and to become the Christ that he never was! But here’s the problem: there IS only one, and there is none like Him in all the earth!

“I am Alpha and Omega, the beginning and the ending, saith the Lord, which is, and which was, and which is to come, the Almighty.” Revelation 1:8

12 How art thou fallen from heaven, O Lucifer, son of the morning! how art thou cut down to the ground, which didst weaken the nations!

14 I will ascend above the heights of the clouds; I will be like the most High.

Nephilim, Azazel and the Bottomless Pit

The Gates of Hell 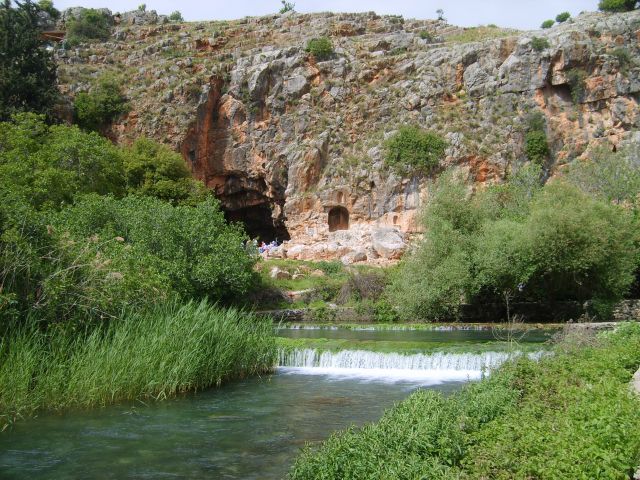 This is the story of my near death experience (NDE) in 2011 during brain surgery, and my ensuing quest to understand NDEs and their messages. I examine NDEs and their predominant message of “Oneism”, finding this theme at the core of theoretical science, religion and all Christian denominations. Offering evidences for the reliability of scripture, I invite a return to the simplicity of the gospel.
US
Canada
UK
Italy
Spain
France
Australia
Japan
Germany

!!SMART METERS - HOW THEY WORK - WHY THEY ARE HARMFUL!!