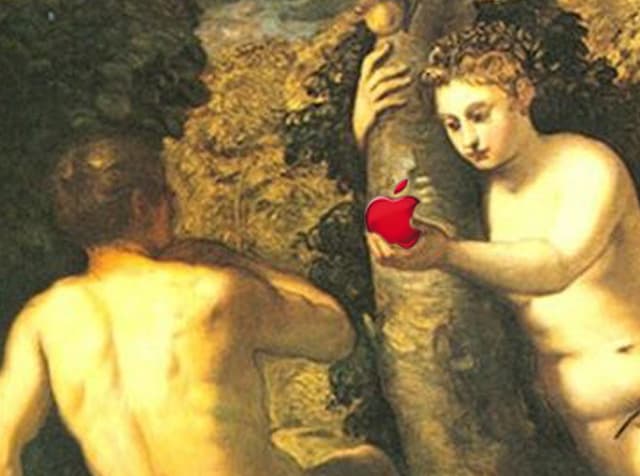 The Silicon Valley giant has redrawn the line that separates our technology and ourselves. That may not be a good thing

Apple Is Killing the Joy of Personal Style

For the full story, read this week’s TIME magazine.

With the unveiling of the Apple Watch Tuesday in Cupertino, California, Apple is attempting to put technology somewhere where it’s never been particularly welcome. Like a pushy date, the Apple Watch wants to get intimate with us in a way we’re not entirely used to or prepared for. This isn’t just a new product, this is technology attempting to colonize our bodies.

The Apple Watch is very personal—“personal” and “intimate” were words that Apple CEO Tim Cook and his colleagues used over and over again when presenting it to the public for the first time. That’s where the watch is likely to change things, because it does something computers aren’t generally supposed to: it lives on your body. It perches on your wrist, like one of Cinderella’s helpful bluebirds. It gets closer than we’re used technology getting. It gets inside your personal bubble. We’re used to technology being safely Other, but the Apple Watch wants to snuggle up and become part of your Self.

This is new, and slightly unnerving. When technologies get adopted as fast as we tend to adopt Apple’s products, there are always unintended consequences. When the iPhone came out it was praised to the skies as a design and engineering marvel, because it is one, but no one really understood what it would be like to have it in our lives. Nobody anticipated the way iPhones exert a constant gravitational tug on our attention. Do I have e-mail? What’s happening on Twitter? Could I get away with playing Tiny Wings at this meeting? When you’re carrying a smartphone, your attention is never entirely undivided.

The reality of living with an iPhone, or any smart, connected device, is that it makes reality feel just that little bit less real. One gets over-connected, to the point where the thoughts and opinions of distant anonymous strangers start to feel more urgent than those of your loved ones who are in the same room as you. One forgets how to be alone and undistracted. Ironically enough experiences don’t feel fully real till you’ve used your phone to make them virtual—tweeted them or tumbled them or Instagrammed them or YouTubed them, and the world has congratulated you for doing so. Smartphones create needs we never had before, and were probably better off without.

The great thing about the Apple Watch is that it’s always there—you don’t even have to take it out of your bag to look at it, the way you would with an iPhone. But unlike an iPhone you can’t put the Apple Watch away either. It’s always with you. During the company’s press event the artist Banksy posted a drawing to his Twitter feed of an iPhone growing roots that strangle and sink into the wrist of the hand holding it. You can see where he was coming from. This is technology establishing a new beachhead. To wear a device as powerful as the Apple Watch makes you ever so slightly post-human.

What might post-humanity be like? The paradox of a wearable device is that it both gives you control and takes it away at the same time. Consider the watch’s fitness applications. They capture all data that your body generates, your heart and activity and so on, gathers it up and stores and returns it to you in a form you can use. Once the development community gets through apping it, there’s no telling what else it might gather. This will change your experience of your body. The wristwatch made the idea of not knowing what time it was seem bizarre; in five years it might seem bizarre not to know how many calories you’ve eaten today, or what your resting heart rate is.

But wearables also ask you to give up control. Your phone will start telling you what you should and shouldn’t eat and how far you should run. It’s going to get in between you and your body and mediate that relationship. Wearables will make your physical self visible to the virtual world in the form of information, an indelible digital body-print, and that information is going to behave like any other information behaves these days. It will be copied and circulated. It will go places you don’t expect. People will use that information to track you and market to you. It will be bought and sold and leaked—imagine a data-spill comparable to the recent iCloud leak, only with Apple Watch data instead of naked selfies.

The Apple Watch represents a redrawing of the map that locates technology in one place and our bodies in another. The line between the two will never be as easy to find again. Once you’re OK with wearing technology, the only way forward is inward: the next product launch after the Apple Watch would logically be the iMplant. If Apple succeeds in legitimizing wearables as a category, it will have successfully established the founding node in a network that could spread throughout our bodies, with Apple setting the standards. Then we’ll really have to decide how much control we want—and what we’re prepared to give up for it.