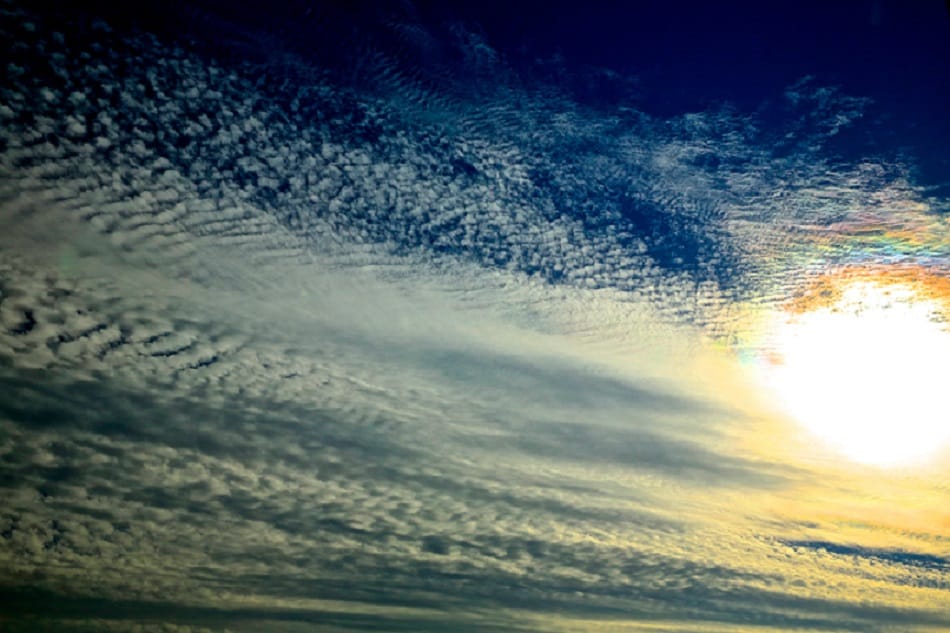 By Live Free or Die

The amazing photographs below were emailed this morning to Susan Duclos of All News Pipeline by Steve Quayle, who recently took them over his home in Bozeman, Montana, 30 minutes after posting 2 chemtrail/smart dust articles. Were the ‘sky devils’ sending Quayle a direct message as it clearly appears from only 4000′ AGL? The “X” does mark the spot!

The 2nd photograph below shows a ‘gravity wave‘ over Steve’s house, also yesterday…notice the ‘controlled chemtrails’ and different colors, which are the various chemical compounds within them. We are sternly warned, this is what we are all breathing!

The 3 videos below include a brand new one from Susan Duclos about these amazing photographs taken by Quayle as well as a 2nd one showing heavy chemtrails over Anchorage, Alaska from Chemtrails Alaska yesterday and the 3rd from The REAL Institute – Max Bliss, in which he shares the role that chemtrails are playing to help bring in world government and Agenda 21 tyranny and global slavery; still don’t believe in chemtrails? More links below videos! 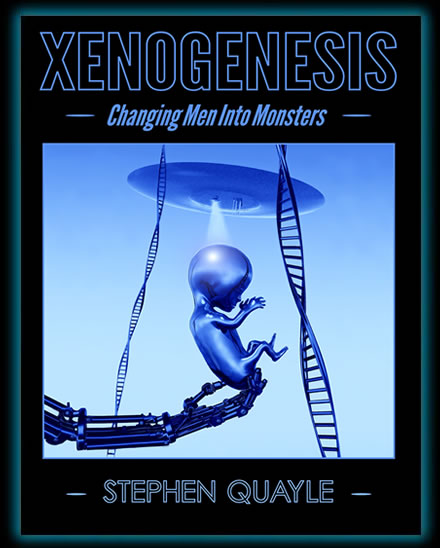 “Frank conversations my friend had with a high- ranking CIA official, who he calls “Mr. Langley.” The following section is in his words (not mine).

One day, out of the blue, Langley called me.

He wanted to know if I was aware of “chemtrails.” His question caught me by surprise, as I had been aware of the unusual spraying of these “man-made contrails” for some time, but had never brought the sub- ject up to him.

“They are trying to remove the Alpha and the Omega,” he told me. He told me that he had been involved, during the Vietnam War, with the “Blazer” project. Blazer had several compartments, some relating to weather modification over Vietnam, some with secure and encrypted communication, some with weapons technology, and some focused on experimental and rather dark and occult research.

He told me that most of the Blazer work was cutting-edge, but pretty much standard, operational use of frequencies and materials to encrypt messages and direct weather pat- terns. He was concerned, though, with the ramifications of the darker aspects of Blazer, primarily the attempts to tap into and manipulate the “other dimensions,” or the spiritual realm.

“Think of a rainbow… all the colors flowing together like a river. Now envision a river… all of that power being channeled toward the sea. The river has a path and a direction, and it is held in check by the banks of the river. Imagine that the far bank is the Alpha, and the near bank is the Omega. If either bankis overcome, the result is chaos… a flood. So the Alpha and the Omega… the ‘banks’… hold the power of the river in check.”
I understood this concept.

“Now imagine,” he continued, “that the colors of the rainbow are different frequencies of energy, all being held in check by the ‘banks’ that are the Alpha and Omega fre- quencies. Life is orderly, as long as these two frequencies are there and doing what they do. We don’t often see rainbows, but God created the rainbow as a visible sign to us that He is in control of all of the forces of nature and spirit on this planet. We appreci- ate it when we see a rainbow… it is, some- how, a spiritual comfort to us. All is well, so to speak.”

His tone became more serious and ominous. “What they are working on… and it’s very ‘black ops’ … is a way to remove the Alpha and Omega, the ‘banks’ that hold all of this in check. This would allow the inter- mingling of forces that are all now kept separate from one another, forces that were not intended to be together and operating on the same dimensional plane of existence. It will be the unleashing of chaos onto the Earth.”

Langley went on. “Consider the Alpha and Omega to be the ‘God Force’ in the universe. When you think about it, God had been a real presence upon the earth. I mean that He literally walked with men upon the Earth at the time of creation, and for some time after. Adam and his family saw God and interacted with Him on a daily basis, until their ‘fall’. Later, Enoch had a face to face knowledge of God, and was tak- en by Him, after imparting Godly wisdom to Enoch, that he was instructed to share with his descendants.”

“Then God removed Himself from direct contact with men. He still was involved with mankind, but not directly, as we would consider it. He chose to interact with us in an unseen manner, except in those rare cas- es. Moses on the mountaintop, and in the form of the Holy Spirit descending upon Jesus inthe form of a dove— when He wanted to remove all doubt of Who He was.”

“Sin had entered in, with the act of Adam and Eve allowing themselves to be deceived into turning against the Will of God in the Garden of Eden. In effect, and on a spiritual level, they had stepped outside the ‘banks’, the boundaries that God had set for them.

The result was chaos.” Langley now had my full attention.

“When you view this in the context of ‘Science’ – or ‘Alchemy’, everything that came afterwards is understandable. Nimrod chose to allow himself to be influenced by, and then fully embraced by, the dark forces. This led to his determination to build the Tower of Babel.”

“This was the third attempt by dark forces, or, ‘fallen angels’ to get men — humans — to cooperate with them in their attempt to return to their former abode — Heaven — and to finish their attempt at overthrowing God from His throne.”

“The first attempt was in Eden. The second was in convincing Enoch to plead their case before God. The interim period after that was the time before the flood, when the giants were born, and the attempt was made to subdue the earth by force… to take the world that God had created for man. At Babel, the attempt to convince mankind to assist them in reasoning with God on their behalf was abandoned. The new strategy was to create a means to rise up and assault the gates of Heaven. This required time and human technology. The fallen ones could not return to Heaven on their own… they were banished. In order to make their assault, they needed the will- ing participation of humans.”

Also check out this story from Aircrap about the chemtrails link to the West Coast drought link to chemtrails as well as this Beech 300 caught spraying at an altitude of 20K.