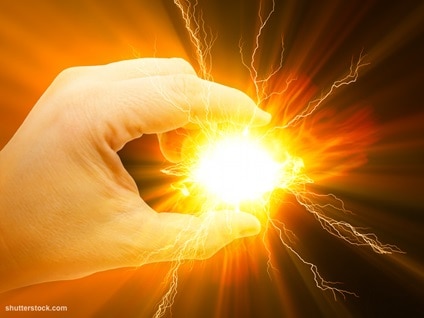 From the Lightouse | Warren B. Smith

The New Age/New Spirituality is already heralding quantum physics as a “scientific” basis for their contention that God is not only transcendent but also immanent—“in” everyone and everything. Physicist Fritjof Capra’s 1975 best-selling book on quantum physics—The Tao of Physics: An Exploration of the Parallels between Modern Physics and Eastern Mysticism—was the first to present this proposed scientific/spiritual model to a mass audience. In it, Capra explains that he gained new spiritual insights through a mystical experience he had sitting on a beach in Santa Cruz, California in 1969:

Five years ago, I had a beautiful experience which set me on a road that has led to the writing of this book. I was sitting by the ocean one late summer afternoon, watching the waves rolling in and feeling the rhythm of my breathing, when I suddenly became aware of my whole environment as being engaged in a gigantic cosmic dance. . . . As I sat on that beach my former experiences [research in high-energy physics] came to life; I “saw” cascades of energy coming down from outer space, in which particles were created and destroyed in rhythmic pulses; I “saw” the atoms of the elements and those of my body participating in this cosmic dance of energy; I felt its rhythm and I “heard” its sound, and at that moment I knew that this was the Dance of Shiva, the Lord of Dancers worshipped by the Hindus.1

Commenting on his experience thirty years later, Capra writes that back in 1970 he “knew with absolute certainty that the parallels between modern physics and Eastern mysticism would someday be common knowledge.”2 In 1999, in a twenty-fifth anniversary edition of his book, Capra reflects on the fact that The Tao of Physics had sold more than a million copies over the years and had been translated into at least twelve languages:

What did The Tao of Physics touch off in all these people? What was it they had experienced themselves? I had come to believe that the recognition of the similarities between modern physics and Eastern mysticism is part of a much larger movement, of a fundamental change of worldviews, or paradigms, in science and society, which is now happening throughout Europe and North America and which amounts to a profound cultural transformation. This transformation, this profound change of consciousness, is what so many people have felt intuitively over the past two or three decades, and this is why The Tao of Physics has struck such a responsive chord.3

The awareness of the unity and mutual interrelation of all things and events, the experience of all phenomena as manifestations of a basic oneness, is also the most important common characteristic of Eastern worldviews. One could say it is the very essence of those views, as it is of all mystical traditions. All things are seen as interdependent, inseparable, and as transient patterns of the same ultimate reality.4

Fritjof Capra then describes the union of mysticism and the new physics as the “new spirituality” that is “now being developed by many groups and movements, both within and outside the churches.” As an example of how this “new spirituality” is moving into the church, he refers to one of Leonard Sweet’s “role models” and “heroes”—Matthew Fox:

On the other hand, I also believe that our own spiritual traditions will have to undergo some radical changes in order to be in harmony with the values of the new paradigm. The spirituality corresponding to the new vision of reality I have been outlining here is likely to be an ecological, earth-oriented, postpatriarchal spirituality. This kind of new spirituality is now being developed by many groups and movements, both within and outside the churches. An example would be the creation-centered spirituality promoted by Matthew Fox and his colleagues.5

A perfect example of Capra’s reference to how this quantum “new spirituality” is being developed in churches is exemplified by Margaret Wheatley’s appearance at the Leadership Network’s May 2000 “Exploring off the Map” conference with Leonard Sweet and others. As described in [A “Wonderful” Deception], Wheatley first encountered the “new science” in Fritjof Capra’s book The Turning Point, as noted in the updated introduction of her book Leadership and the New Science:

I opened my first book on the new science—Fritjof Capra’s The Turning Point, which describes the new world view emerging from quantum physics. This provided my first glimpse of a new way of perceiving the world, one that comprehended its processes of change, its deeply patterned nature, and its dense webs of connections.6

To further illustrate how pervasive this quantum spirituality has become in the church, consider an organization called VantagePoint3. This South Dakota-based group has developed a three-phase “spiritual formation” program called The VantagePoint3 Process (or L3), which incidentally is being used by a growing number of churches across North America. In the first phase—“Emerging Leaders”—a quote and summation of Margaret Wheatley is used to teach one of the points in that phase. The curriculum quotes Wheatley from her book Leadership and the New Science and emphasizes her view on “relationship” and “interconnection.”7 The fact that this program points to Wheatley demonstrates yet another way that quantum physics and quantum spirituality is already in the church. It is worth noting that this curriculum uses Galatians 3:27-28 to partially summarize what Wheatley has to say. But while Galatians 3 speaks of “Christ Jesus,” Wheatley’s quantum “Christ” is the universal “Christ” of quantum “oneness.” VantagePoint3’s use of Wheatley to teach about “Christ” is a perfect example of what Fritjof Capra described as this new spirituality being developed within the churches.

The VantagePoint3 Process also cites materials by Leonard Sweet, Peter Senge, and Ken Blanchard. All three were featured with Wheatley at the “Exploring off the Map” conference organized by Bob Buford and Leadership Network.

Another example of how quantum physics has already entered the church is through the ministry of Annette Capps—the daughter of best-selling author and charismatic pastor Charles Capps. There are over 100,000 copies of Annette Capps’ booklet Quantum Faith in print. In the booklet, she presents a Christian faith compatible with the so-called “scientific” principles of quantum physics and as such is also compatible with the so-called “scientific” principles of the New Age/New Spirituality. She even refers readers to New Age leader Gary Zukav’s book The Dancing Wu Li Masters—An Overview of the New Physics.8 In her booklet, she writes:

As I studied the theories of quantum physics, I was reminded of a prophecy given by my father, author and teacher Charles Capps, “Some things which have required faith to believe will no longer require faith, for it will be proven to be scientific fact.”9*

*But without faith it is impossible to please him: for he that cometh to God must believe that he is, and that he is a rewarder of them that diligently seek him.” Hebrews 11:6

Obviously, authors like Gary Zukav and Fritjof Capra have had a huge influence not only in the world, but also in the church. Capra, a New Age physicist and Aquarian conspirator, is mentioned frequently in Marilyn Ferguson’s book The Aquarian Conspiracy.10 In addition, countless books and articles have been written about the quantum aspects of the “new science” and the “new spirituality” since the publication of Capra’s The Tao of Physics and The Turning Point. Gary Zukav and his writings on quantum physics were praised and featured years ago by Oprah Winfrey on the Oprah Winfrey Show.11 William Young’s best-selling book The Shack is just the latest in a long line of books that deal directly or indirectly with quantum physics and quantum spirituality. And like Wheatley’s book Leadership and the New Science but on a much larger scale, Young’s book is also having great influence by subtly introducing quantum physics and quantum spirituality into the church. . . .

Leonard Sweet is definitely one of the point men for today’s emerging/postmodern/Purpose Driven Church. As Rick Warren has aligned himself with Sweet, it is important to remember that Sweet has described former and present New Age figures as his “heroes” and “role models.” He has openly acknowledged that his quantum “new cell theory” understanding of “new light leadership” was formulated with the help of veteran New Age leader David Spangler. Additionally, Sweet describes mystical New Age priest Pierre Teilhard de Chardin as “Twentieth-century Christianity’s major voice.”12 And while Sweet’s almost “in your face” New Age sympathies are there for all to see, Rick Warren, and other Christian figures continue to hold him in high esteem. But it is just business as usual as Warren’s apologist tells us that “Doctrinally/theologically, Leonard Sweet is about as Christian as anyone can get.”13

In his 2009 book So Beautiful, Leonard Sweet underscores his quantum “relational worldview”14 by favorably quoting from William Young’s The Shack regarding relationship.15 He also tells readers to look to Margaret Wheatley’s Leadership and the New Science to further understand his quantum view on the “spiritual and social significance of relationship.”16 And he still continues to refer readers back to his 1991 book, Quantum Spirituality.17

While appearing to be somewhat of a 21st century renaissance man who leaves everyone in the wake of his postmodern intellect, Leonard Sweet’s “scientific” postmodern/quantum/New Age view on things raises some critical questions—particularly in regard to his association with Rick Warren. If Warren, Sweet, and other Christian leaders continue to move the church towards the New Spirituality, how will it ultimately play out? Will we see Warren, Schuller, Sweet, McLaren, and other “New Light” leaders signing a mutual accord someday affirming that God is “in” everything? Will that proclamation be based on new “scientific findings” from quantum physics? Will they explain that [Jesuit] Pierre Teilhard de Chardin and the “God” of Neale Donald Walsch and William Young had it right—that “the sub-atomic reality” is that God is in every atom? That God really is—scientifically speaking—“in” everyone and everything?

But what about the inevitable reaction that will come from those referred to by Rick Warren as “fundamentalists”18 when they accuse Warren of flip-flopping? Will Warren defend his new worldview by repeating what he said at the Saddleback Civil Forum—that “sometimes flip-flopping is smart because you actually have decided a better position based on knowledge that you didn’t have”? Armed with seemingly scientific “facts” from quantum physics, will Warren defend his new worldview by stating, “That’s not flip-flopping. Sometimes that’s growing in wisdom”? Is this where Warren, Sweet, and other Christian leaders will try to take the church? Are they about to take a big “quantum leap” into the New Spirituality of a New Age that is based on the findings of the “new science”? Given the continued New Age implications of the emerging Purpose Driven movement, it would seem that this is a real possibility. (from chapter 13 of A “Wonderful” Deception by Warren B. Smith)