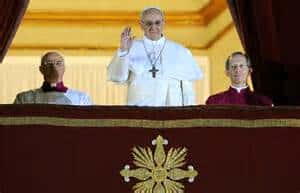 “In extreme persecution, the seat of the Holy Roman Church will be occupied by Peter the Roman, will feed the sheep through many tribulations, at the term of which the city of the seven hills will be destroyed, and the formidable Judge will judge his people. The End.”

This prophecy, as many of you would know by now from a previous article I had written, deals with the final Pope; Pope 112 to be specific, and that whoever this Pope is will eventually be revealed to be the False Prophet of the Book of Revelation as found in the Holy Bible.

To begin with, when Jorge Bergoglio was elected as the new Pontiff over 1.2 billion Catholics, many “firsts” had been established:

1) He was the “first” Pope from the Americas (South America)

2) He was the “first” Jesuit Pope in history

3) He was the “first” non-European Pope to have been elected in almost 1,300 years and,

4) He was the “first” Francis; no other Pope had used that name before Jorge Bergoglio

Many “firsts” had come about once Jorge Bergoglio had been elected Pope but, could he be the False Prophet? There are many indicators that hint that he could possibly be. Let’s take a look at them:

5) His Papal name, “Francis the First” comes out to equal 13 when we convert it over to numerology

6) Jorge Bergoglio took on the name of Francis after “Francis of Assisi”. Francis of Assisi’s name was “Francisco di Pietro di. The name “Pietro” is Italian for “Peter”. And, Brother Malachy had prophesied that the last Pope (number 112) was identified by the name of “Petrus Romanus” or, “Peter the Roman”.

8) Astrology heavily indicates Jorge Bergoglio could very well be the False Prophet. Please take a look at
The “Comet Panstarrs” was in the astrological House known as Pisces on the 13th of March. At the same time, on March 13th. there was an empty moon or, what’s known in the Illuminati as a “dead moon” in the House of Pisces. Ever since the mid to late 1990’s, we have been leaving the House of Pisces (the age of Christianity) and entering into the House of Aquarius (the Age of the Occult). Going by the planetary alignments of March 13, 2013 when Jorge Bergoglio was elected as the Pope, it reads: “(The death of) Christianity is being replaced by the New Occult Age”. This also fits in with the prophecies of the Holy Scriptures when the Christian Church Age comes to an end in Rev. 4:1 and is taken over by the occult religious system (Rev 18:23b) of the Antichrist (via the False Prophet) for the next 7 years during the Tribulation Period. This part was derived from what I had been taught in the Illuminati, and I purposely put this in so you could also see how the Illuminati would have viewed all of the astrological information and positioning at that time. 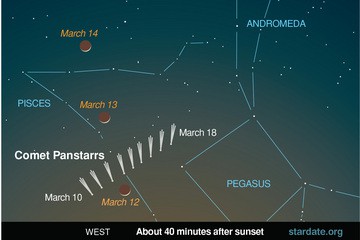 Another question comes to mind that needs to be answered: “Can we trust the prophesies of a man who may not have been saved?” The answer is a resounding, yes! It has happened before according to the Scriptures:

In Gen. 42 we find out that Pharaoh had a dream which no one could decipher for him. He saw 7 well fed cows and then 7 lean cows. Next, in his dream, Pharaoh saw 7 good stalks of corn growing in abundance and 7 stalks of corn that were withering. Eventually, Joseph had been sent for and deciphered the dream for Pharaoh declaring that Egypt would now be facing 7 years of abundance and 7 years of starvation and, Joseph then explained to Pharaoh how to prepare for these events.

I don’t think there’s any doubt about it: Pharaoh wasn’t saved yet God still worked His will and pleasure through Pharaoh to get His message through him.

In Num. 24 we find that Baalak, a Moabite King hired Baalim, an evil sorcerer to prophesy against Israel. Yet, in verse 17 (of Num. 24) God used Baalim to prophesy of the coming Messiah instead.

No doubt about it; both Baalak and Baalim were unsaved but, once again, God used an unsaved person (Baalim) to work His will and pleasure through.

In Dan. 2 Nebuchadnezzar, King of Babylon had a dream of a huge statue that was made up of gold, silver, brass, iron, and then iron mingled with clay. Not one of his wise men, astrologers, magicians or soothsayers could reveal what the dream meant. However, Daniel was sent for and he could reveal King Nebuchadnessar’s dream.

I think there’s no room for doubt; Nebuchadnessar was unsaved at this time however, God used him to reveal 5 ages that would come about centuries down the road.

Some Christians find this concept impossible to accept. I know; I’ve dealt with them before. The truth of the matter is that, spiritually they weren’t mature enough to accept the fact that God will work His will and pleasure in whatever fashion He feels is necessary. God wanted to get future events known and, for whatever reason, He chose to do it through unsaved people.

When Jorge Bergoglio was elected as the new Pope, he became the 112thPope, “Petrus Romanus” according to the prophesies of Brother Malachy. And those events and such surrounding his election, does not bode well for him. Consider all that we have spoken about:

1) All the 13’s surrounding his election

3) Pope Francis I takes on the name of Francis of Assisi whose middle name was (in Italian) “Pietro” or “Peter” in American English.

4) Occult practices of the Illuminati point out something going on here:

a. Numerology clearly proves his title equals to 13

b. Astrology clearly points that Pope Francis I was elected during the time when the stars proclaimed that the death of Christianity had arrived.

5) Many priests in the past, including certain Jesuit ones, have stated that it would be a Jesuit Pope that would destroy Catholicism.

All these things and events point to that fact that Pope Francis I is not your ordinary type of Pope. Still, aside from God telling us directly Himself, there is no way in knowing for certain that Pope Francis I is going to eventually become the False Prophet as pointed out in the Book of Revelation. And, because I am convinced the Church will be going through the Pre-Tribulation Rapture, we may never find out who this False Prophet is going to be until we come down in victory with Christ towards the end of the Battle of Armageddon.

The important thing to remember with all the furor going on about the new Pope is that, we as the Children of the Most High God, must be out there, spreading the truth and, through that, Lord willing, lead others to salvation; that was the Great Commission and, everything else is secondary. All the signs point out that we may not have much time left. But, while we still have some time, we must be about our Father’s business; winning the lost to His salvation. We need to focus on this while we do have what little time is left to us.

Take care everyone and God bless and keep each and every single one of you…Doc!