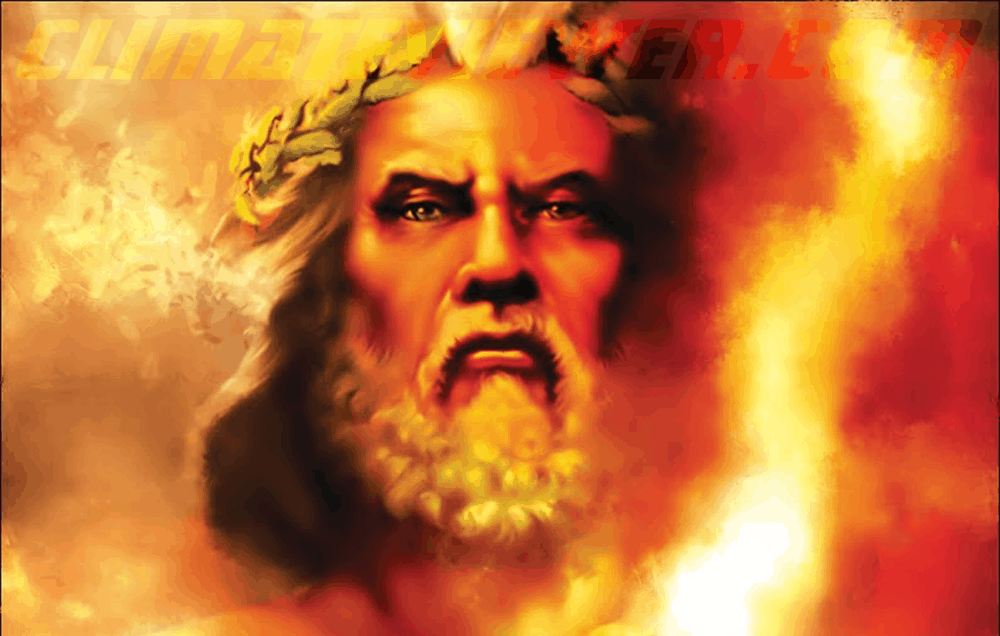 I’ve been watching HAARP activity for years but I haven’t seen anything quite like this. Who knows what they’re up to now. For more information about exactly how HAARP works in conjuction with chemtrails, visit my HAARP category and page. But should we consider the results of whatever it is that they’re doing, (earthquakes, severe storms, drought, Tsunami’s) if and when they come, as the ‘judgment of God?’

From the time I learned about Geoengineering, it didn’t sit right with me that Christians were being told that they should blame themselves for extreme weather that’s being created by evil men working behind a cloak of unparalleled deception. In most churches, the recent severe and erratic weather patterns are being looked at as a “sign of the end times,” and the “wrath of God” being poured out on God’s wicked, rebellious people. It bothered me how well that coincided with the Club of Rome’s statement “The true enemy is humanity itself.”

“The common enemy of humanity is man. In searching for a new enemy to unite us, we came up with the idea that pollution, the threat of global warming, water shortages, famine and the like would fit the bill. All these dangers are caused by human intervention, and it is only through changed attitudes and behaviour that they can be overcome. The real enemy then, is humanity itself.“ – Club of Rome, premier environmental think-tank, consultants to the United Nations

We know that God uses evil men as a tool to implement His judgment. OK, well and good. Maybe it’s just me, but a few things bother me about this:

Additionally, we have people like Jonathan Cahn and his bestselling books about “Harbingers” and “Shemitahs” (words most of us never heard before he appeared on the scene) singing the same song.

Clearly, best selling books aren’t our guide to the truth. What does the Bible tell us on the subject?

Is it scriptural to believe that God will judge Christians?

Scripture tells us that Jesus literally became sin on the cross.

Jesus took the curse of sin from mankind and placed it upon himself.

“For what the law could not do in that it was weak through the flesh, God did by sending his own Son in the likeness of sinful flesh, on account of sin: He condemned sin in the flesh.” – Rom 8:3

The word “condemned” is katakrinō.  Krino – “to judge”, and kata which means “down or against”. In other words, we are now no longer under the condemnation of God. Jesus paid it all!

“There is therefore now no condemnation for those who are in Christ Jesus.(!)” – Romans 8:1

So, do we conclude that there is no consequence to a believer in Jesus Christ living in continuous disregard to God’s law? Do we just Love God and do as we please because we’ve got our E-ticket to heaven?  Not according to scripture. In 1 Peter we read that “Judgment begins in the house of God.”

“For it is time for judgment to begin at the household of God; and if it begins with us, what will be the outcome for those who do not obey the gospel of God?” – 1 Peter 4:17

Scripture tells us that the people of God will be judged at various times in their lives even though Jesus paid the full penalty for all our sins. Just as a good father disciplines his child Heb 12:6, God disciplines those He loves.

“Beloved, think it not strange concerning the which is to try you, though some strange thing happened unto you” – 1 Peter 4:12

Sometimes God uses suffering to test our faith so that we can display our commitment to Him or strengthen our faith. (How much easier it is to trust God after we’ve been through a fiery trial in our life where we had no one but Him to turn to!) Other times God might use our suffering to bring a reward when we’ve faithfully endured.

“He considered the reproach of Christ greater wealth than the treasures of Egypt, for he was looking to the reward.” – Hebrews 11:26

But the word kreemah can also mean the judgment of suffering because of a repeated sin. Although this suffering can’t be considered as “being called to suffer” (honorably), it can still result in blessing if we turn from that sin as a result of it.

This same type of judgment will be poured out on those who reject the gospel, but in their case it won’t result in purification. Those who are judged without knowing Christ will face destruction (condemnation), but God’s true people are strengthened and purified by His discipline.

It’s not always clear to us why we suffer, but if we pray and respond properly we are promised that we will either be purified, disciplined, or gain a heavenly reward.

“Judgment is coming to America!”

While certainly, repentance is good, those bringing this message tend to bring a lot of condemnation with it. The problem with that is, if rather than properly seeing circumstances as loving correction designed to lead us to repentance and growth, we view them as God’s condemning wrath, what we create is resignation to an ‘inevitable’ and even ‘deserved’ fate; the increase of evil and removal of our freedoms. Additionally, we’re being led to several false, and ineffectual responses. For instance:

Rapture: Wait to be delivered through a ‘taking up’ of believers before things get too bad.

Legalism: Shoulder the burden ourselves, not only for the power to resist sin but to hold onto salvation itself rather than looking to the Holy Spirit to work through us and exact change.

Gnostic and Mystical trends in the church: Although few Christians would say that the material world is a cosmic mistake as gnostics do, many believers now greatly de-emphasizing the physical dimensions.

“Now the serpent was more crafty than any other beast of the field that the LORD God had made…”” Genesis 3:1

These beliefs are allowing globalists to freely move forward with their agenda of world tyranny virtually unopposed by the only people on earth who have the supernatural power of prayer and the leading of God’s Holy Spirit, the people who have been directed to be “Salt” and “Light” on the earth until His return!

“You are the salt of the earth, but if salt has lost its taste, how shall its saltiness be restored? It is no longer good for anything except to be thrown out and trampled under people’s feet.” – Matthew 5:13

God’s people must again become salt and light on the earth.

What if we see these things as discipline by our loving God? What if we pray, repent, and return to being the salt and light we’re called to be? I believe that is exactly what we need to do, and in doing so, we can and will affect great change in the world around us.

Light exposes evil. Pray for courage to tell the truth about these things and make people aware of the many deceptions.

Salt preserves life. Pray for direction about what you can to organize and (peacefully) stand against the many evil programs and agendas.

I think it is certainly possible that God is finished with America. But even if He is, our calling does not change.