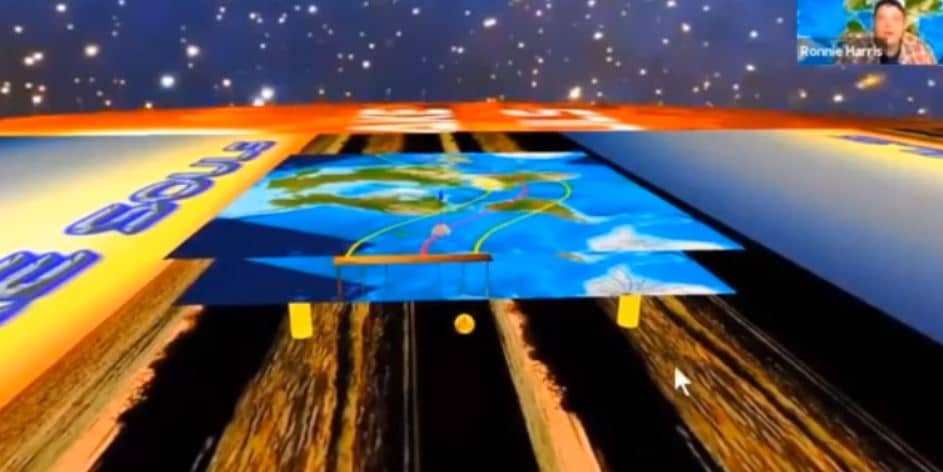 The sun, the moon and the stars (the luminaries)…  What are they? Since many are waking up to the globe model being false, people are wanting to understand their true nature and movement…. which poses a glaring question: How is it possible in this technologically advanced day, that we don’t have an accurate picture of the world we live in?

As Scientism and heliocentricity are coming unraveled, we find ourselves “enlightened”, but without a cosmology. We’re learning that the globe model is a deception, but that the popularized “flat earth” model is also flawed. We’re seemingly back to square one, but we might want to consider that as we’re trying to construct a proper cosmology, we’re reasoning with the same empiricism that gave us the false model to begin with… And as we insist on trying to understand it all, maybe we need to remember that the origin of the world can’t be scientifically explained.

Nothing seems to be able to look down upon the sun or moon, and yet, by the scriptural account we know that they’re both within the firmament.

It’s as if they are there and yet they’re not there.

Nobody seems to know just what the sun and moon are. Not NASA – not anybody.

In spite of claims to the contrary by NASA, the sun and the moon and the stars have not been scientifically explained. Just as empirical science has necessarily omitted man’s true nature; his soul and spirit, in the study of human biology … until recent quantum mysticism in any case… But the fact is that empirical science, by its very definition cannot traverse the supernatural. There’s nothing wrong with scientific discovery, and due credit needs to be given to things like medical advances, but the fact is that empiricism categorically fails in explaining the world we live in.

Consider for a minute how the ancient godless cultures viewed the sun, moon and stars. They worshiped them. The point being that they were aware that there was something extraordinary about them. We’re told in history class that these “primitive”, pre-enlightenment societies were ignorant of the natural laws of science. But there is ample evidence that they were anything but ignorant. These people built massive architecture, complex aqueducts, sewer systems, had electricity. It’s possible that they were actually more advanced than we are today.

Consider the artwork of those civilizations. Consider Freemasonic art; always depicting, ever exalting: The SUN, MOON, STARS… and the FIRMAMENT.

They viewed them as super-natural, and recognized that man, and even animals, each possessed a unique soul, something that empirical science knows nothing about.

I don’t know the true nature of the sun, moon and stars, but I know that the earth is not a globe and the heliocentric model originates in mystical Kabbalah. And I know that the flat earth model that’s being pushed is just an easily disproven alternative to further confuse people.

Flat earth theory isn’t about trying to prove something. It’s about rejecting a religion (Scientism) that stands in the way of faith in God.

So, what if instead of trying to define our cosmology and pride ourselves that we’re smart enough to completely understand the physicality of God’s creation, we humbly turn to focus on the things the bible teaches us to focus on:

Rightly dividing the Word of Truth.

Because – when it all comes down to it, knowing the shape of the earth will not save souls, but trusting God at His word rather than the wisdom of men will.

Satan originally tempted Eve with knowledge… and because of man’s prideful desire to be wise and understand the infinite glories of God’s creation, we’ve bought an occult-based lie about the shape of the earth.  – Are we making the same mistake again in trying to construct a new, correct cosmology?

The wisdom of God is this:

“For God so loved the world, that he gave his only Son, that whoever believes in him should not perish but have eternal life.” Jn 3:16

And on that note, here is Youtuber, Truth Is Stranger Than Fiction’s video discussing “The Strange Truth Project” Documentary, which exposes the globe deception, but then attempts to present an alternate cosmology as well as “simulation” theory to explain the creation. Simulation theory is an important thing to get under our belt because, like scientism, it has crept into the church, as Will explains in his video.

“It’s amazing how you can reject, you can wake up to fact that there’s all this massive deception, and the globe deception and all this stuff, and all these things of scientism, and scoff at Neils DeGrasse Tyson and Bill Nye and all these guys, but then fall into the same type of humanistic trap, the same pride, the same error of thinking, that we can figure it all out. We we want to have that knowledge for ourselves as opposed to just being able to stop and be in childlike wonder at all that God has made and have that simple faith that the centurion had. Where he just knew, “I don’t know how it works, but I know that you have ultimate authority over everything.”” 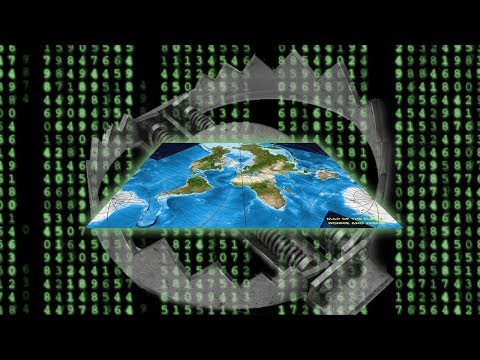