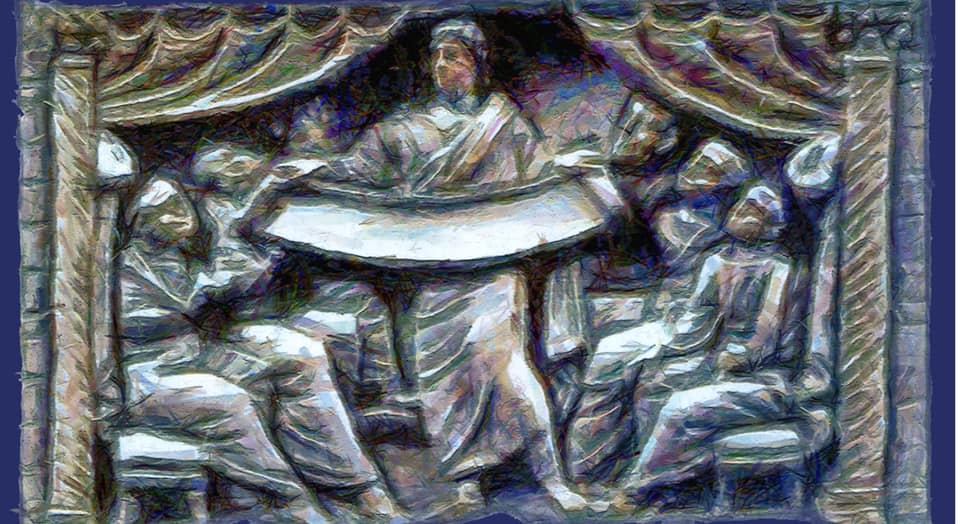 It’s become a full time job to keep up with the new erroneous these days, which is yet more evidence that we are in the “little season” when the dragon is loosed for a short time to once again deceive the nations. (Rev 20:3)

I only recently learned about this. Sometimes launching from the problematic “sacred name”/Tetragrammaton as an insertion, this narrative takes the approach of the same referring to a different god entirely; ascribing all the “bad stuff,” all the judgment and fearfulness of God in the Old Testament to an additional “god”, who is actually satan. The idea rewrites the entire Bible, remaking our Divine Creator into a being that man is more comfortable with. This is Gnosticism. Other modern versions of Marcionism simply throw out the Old Testament and Ten Commandments entirely to rid themselves of the judgmental aspects of God. Confused? I was. In the article below, Candice Winterfeldt examines this resurfaced error.

The false system and heresy of Dualism aka “Marcionism” seems to be creeping its way back into the church. This was one of the first heresies to have been contended against, yet it has modern proponents such as Andy Stanley which espouse it. This may seem like a new concept to believers of today, but it is age old. Scripture tells us there is nothing new under the sun. Here is an overview of this erroneous teaching.Most heresies from the early church find a way to live on in to other ages. This is especially true of Marcionism, with its distaste for an angry God, its optimism about human improvement, and its eagerness to set aside the Bible Jesus read. From Red Letter Christianity to recent comments about our need to “unhitch” from the Old Testament, Marcionism is the evergreen heresy.

So who was Marcion and why does his revisionist project still resonate?

Marcion was born in Sinope in AD 85 in the northern province of Pontus (in what is now Turkey) on the coast of the Black Sea. Marcion, the son of a bishop, was an intelligent, capable, hard, unbending, vain, rich, ambitious man. He made his way to Rome sometime between AD 135 and 139 and was accepted as Christian into the church there. He even gave a large gift to the congregation—200,000 sesterces (worth more than a hundred year’s wages). His stint in the church at Rome, however, did not last long. He was formally excommunicated in AD 144 and his lavish gift promptly returned.

Marcion was one of the most successful heretics in the early church. He was opposed by everyone who was anyone. For nearly a century after his death, he was the arch-heretic, opposed by Polycarp (who called him the firstborn of Satan), Justin Martyr, Irenaeus, Clement, Tertullian, Hippolytus, and Origen. He was one of the few heretics that the Greek and Latin Christians united in condemning.

After his excommunication, he traveled around the world as a missionary for his version of Christianity. And he won a lot of converts. According to Tertullian, he planted churches as “wasps make nests,” teaching men “to deny that God is the maker of all things in heaven and earth and the Christ predicted by the prophets is his Son.” Marcion’s church was rigorous, demanding, inspiring, well-organized, and for about a century fairly successful.

Marcion’s theological errors (and there were many) came from one main root: he refused to believe that the God of the Old Testament was the same as the Father of the Lord Jesus Christ. Marcion simply could not believe in a God full of wrath and justice. So he threw away the Old Testament and took for his Bible a truncated version of Luke’s Gospel and selectively edited versions of Paul’s epistles. When all the cutting and pasting was finished, Marcion had the Christianity he wanted: a God of goodness and nothing else; a message of inspiring moral uplift; a Bible that does away with the uncomfortable bits about God’s wrath and hell. Marcionism was antinomian, idealistic about human potential, and skittish about dogma and rules.

Here’s how Angela Tilby describes Marcion in ‘Heresies and How to Avoid Them’:

“For him, there was a fundamental contradiction between law and love, righteousness and grace. Marcion thought that true Christianity was flawed by the incompatibilities at the heart of its teaching. His solution was radical. Nothing less than a restatement of faith would do, and for Marcion that restatement had to focus on what for him was the essential gospel: the love, mercy and compassion displayed in the life and teachings of Jesus. This, for him, was all that was necessary, it was the blueprint for a new and pure humanity. There was no other truly Christian foundation for belief or morality.

What Marcion couldn’t bear was the note of judgment that went along with the preaching of the Christian message, the warnings that came with the teaching of the law, the call to obedience and the threat of hell. For Marcion, the picture of God given at Mt. Sinai—a God whose presence is manifest in thunder and lightning, with people cowering in dread—was simply unbelievable. A God who makes his people tremble with fear, a God with whom they are afraid to communicate, could not be the God and Father of the Lord Jesus Christ. As he saw it, the Christianity of his day needed purging so that the pure gospel could be received in all its radical simplicity and appeal to the heart. Since the Bible didn’t have the God he wanted, Marcion decided to make a “better” Bible.”

And so Marcionism lives on. The idea of recasting Christianity for a new day—in softer, gentler hues, more focused on the life of Jesus instead of the wrath-satisfying death of Jesus—is always popular. Some errors never quite die, and some new things are not that new.

Without the law, without the conviction of the detestableness of our sin before a Righteous God, there is no repentance and the saving work of Jesus Christ cannot be made manifest in our lives. Paul could not make it more clear.

I was once alive apart from the law, but when the commandment came, sin came alive and I died. The very commandment that promised life proved to be death to me. For sin, seizing an opportunity through the commandment, deceived me and through it killed me. So the law is holy, and the commandment is holy and righteous and good. Did that which is good, then, bring death to me? By no means! It was sin, producing death in me through what is good, in order that sin might be shown to be sin, and through the commandment might become sinful beyond measure. For we know that the law is spiritual, but I am of the flesh, sold under sin. For I do not understand my own actions. For I do not do what I want, but I do the very thing I hate.  Now if I do what I do not want, I agree with the law, that it is good. (Rom 7:9)

The end of all things is at hand, even at the door. There has never been a more important time to be a good Berean! Test all things brothers and sisters! I share this with all love, grace and prayer for those who have fallen prey to this lie.