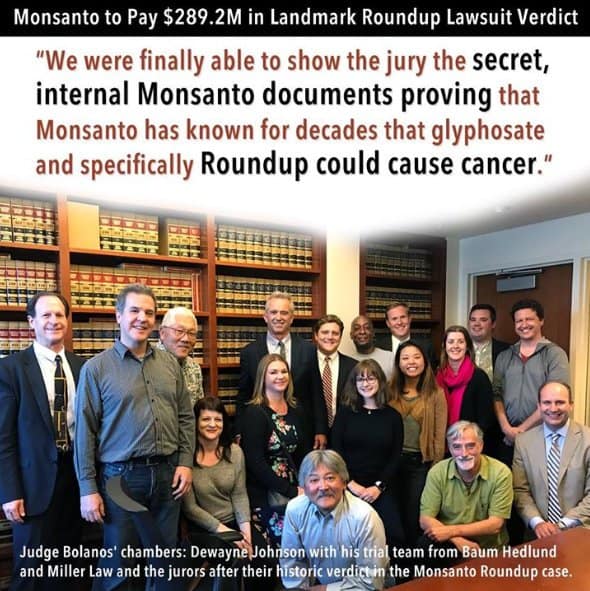 JFK Jr. ‘The verdict in this case gives me tremendous faith in the future of American democracy and our justice system!’

The company denies that glyphosate is dangerous and says it will appeal.

A San Francisco jury returned a verdict in the case of a former groundskeeper with terminal cancer against Monsanto Company, ordering the agrochemical giant to pay $39.2 million in compensatory damages and $250 million in punitive damages for failing to warn consumers that exposure to Roundup weed killer causes cancer.

Dewayne “Lee” Johnson filed the lawsuit (case no. CGC-16-550128) against St. Louis-based Monsanto Co. on Jan. 28, 2016, alleging exposure to the Roundup herbicide he sprayed while working as a groundskeeper for the Benicia Unified School District caused him to develop non-Hodgkin lymphoma (NHL).

For years Monsanto has claimed that there is no evidence that Roundup causes cancer, yet a mountain of testimony and documents was admitted during the trial. Johnson’s attorneys proved through testimony from Monsanto’s witnesses that company employees “ghostwrote” scientific articles and paid outside scientists to publish the articles in their name.

“Many of these confidential Monsanto documents were unsealed for the first time,” co-lead counsel David Dickens said. “They show that Monsanto knew that its testing was insufficient and that there was a synergistic effect when glyphosate is combined with surfactants which help the glyphosate penetrate both plant and animal cell walls.” 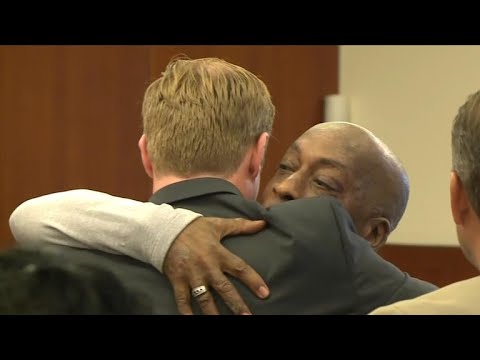