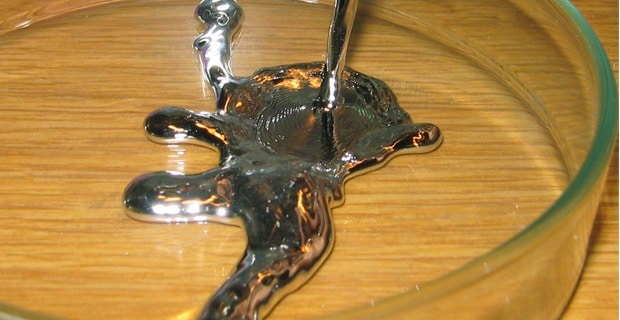 Anthony Gucciardi discusses the newest details in the fight against GMO Labeling.How the big corporations are losing the battle and resorting to hiding and misrepresenting major brands.

There’s a lot of quite concerning and truly sneaky secrets behind the ingredient known as high-fructose corn syrup. Not only has the infamously-unhealthy additive gone through a ‘renaming’ process by corporations in an attempt to fool you into eating it, but it is also known to hold some tremendously toxic baggage.

Now branded as ‘fructose’ in processed foods thanks to the whole issue of the public absolutely avoiding high-fructose corn syrup like the plague, it’s important to look back at one landmark study that revealed the presence of ultra-toxic mercury within the ingredient.

Mercury is, as all of the experts admit, toxic in all of its forms. And as the study by the Institute for Agriculture and Trade Policy found, nearly a third of 55 popular brand-name food and beverage products that listed HFCS as the first or second ingredient were found to contain it.

Even the co-author of the study, Dr. David Wallinga, warns:

“Mercury is toxic in all its forms. Given how much high-fructose corn syrup is consumed by children, it could be a significant additional source of mercury never before considered. We are calling for immediate changes by industry and the [U.S. Food and Drug Administration] to help stop this avoidable mercury contamination of the food supply.”
So why are we eating it?

The reality is that since 2009, when this major study was released and syndicated throughout the Washington Post and others amid the daily news cycle, we have been knowingly consuming high-fructose corn syrup that is contaminated with mercury. Bad enough on its own, this combination now puts high-fructose corn syrup over the edge as one of the worst food offenders there is.