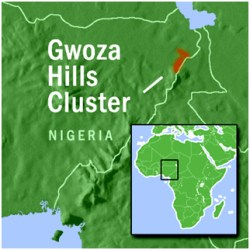 Muslims, all belonging to Boko Haram, entered the Christian village of Gwoza and butchered one thousand Christians. Why hasn’t this made the news? They were shot, burned alive, and slashed to death. They were slaughtered with bullets, cooked alive, and hacked to death. Nigerian relations expert Adeniyi Ojutiku received a report from a trusted colleague:

Shoebat  The terrorists seized a number of residents as hostages and killed nine hundred and ninety seven an eye witness whose mother among the women that are burying the … bodies confirmed… The insurgents took over the Emirs (mayor’s) Palace as well as a Government Lodge in Gwoza, and have appointed a replacement for the town’s fleeing Emir. They have hoisted their black flags with Arabic insignia all over Gwoza in a show of their total control of the territory. 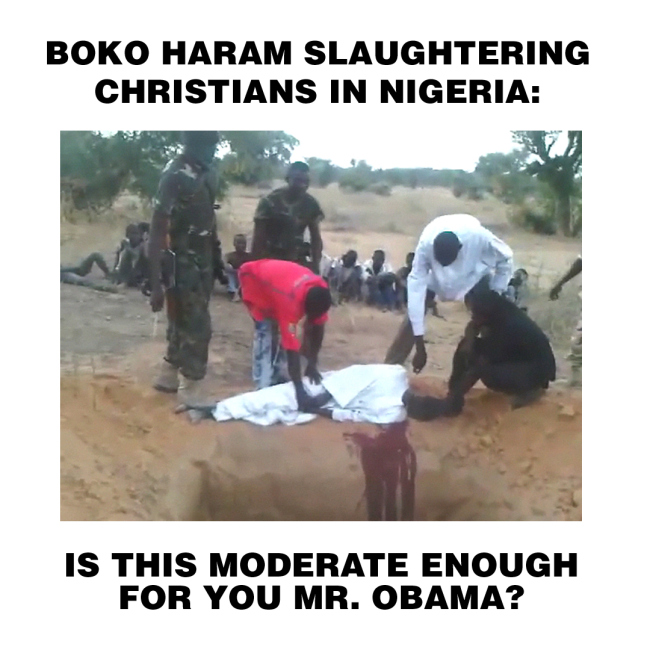 Ojutiku received from Nigeria marked a phone call and was told that “an unprecedented emergency request for prayers for the inhabitants of the Christian village of Gwoza… The town has … been under siege of Boko Haram for the past nine days”.

Shoebat.com reported before that the Boko Haram Muslims in this same Christian village killed 100, but now a new report says 1000.

As one report described the slaughter:

Mbitsa, who supports Ojutiku’s grassroots Lift Up Now outreach to Nigeria, is a member of the Church of Christ in Nations on the lower coast of Gwoza, and was away in Maiduguri during the attack. Boko Haram killed Mbitsa’s pastor Musa Ishaya and at least nine members of the Church of the Brethren in the attack, Mbitsa said. He has not heard from many since, as communication towers were destroyed. 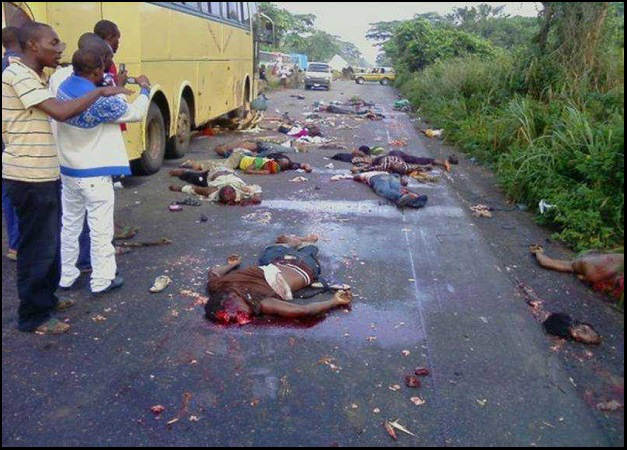 “Only my elder brother, I heard from him among my family members,” Mbitsa reported. “Some brethren who escaped to mountains and bush for ten days now; only God knows how they are surviving without food, water, etc. Most of the brethren we communicate and get this information from them, their batteries are down.” 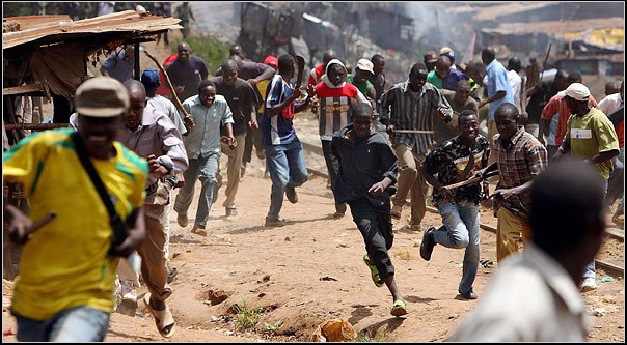 “Now these weapons have fallen into the hands of the Boko Haram,” Ojutiku said. “A few people were able to escape to the mountainside, just exactly like is happening in northern Iraq. A few people are holding out on the mountains, but most of the people in the village are being slaughtered. There is no communication between Gwoza and other parts of the country.”

“I was told many Nigerian soldiers refused to go and confront Boko Haram, because their wives protested. They felt they were just sending their husbands to an untimely death.” 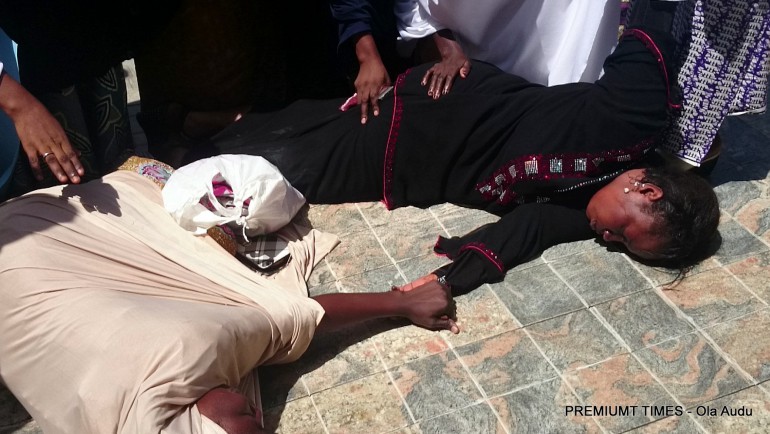 New reports corroborated Ojutiku’s account. According to AFP, about 300 women and 500 children protested for two days at the gates of a military base in Maiduguri, demanding that their husbands and fathers not be sent to recapture Gwoza, as they did not have proper weapons.

“No weapons for our husbands, no trip to Gwoza or any volatile place,” AFP Aug. 12 quoted Thabita John, one of the protesting wives. “We are tired of burying our loved ones.”