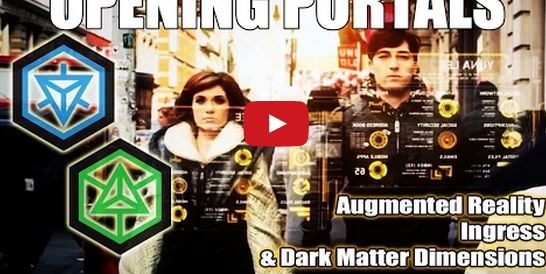 With the new announcement of Microsoft’s augmented reality device, the HoloLens, we are on the verge of seeing the shift from interactive technology to augmented reality. Through the use of wearable devices, we will soon see what Google Chairman said, is the “disappearance of the internet.” In other words, the cloud will be leaking into the physical world, which will begin to blur the line between what is physical, and what is virtual.

As part of the capabilities of the device, we see the development of OnSight, a new augmented reality system that allows people to have virtual interaction with places far away, like Mars, through holographic avatars.

In addition, we have the recent news that Dark Matter, may be a different dimension all together. This is modern science suggesting that the entire galaxy might be a giant wormhole that is navigable.

And finally, we have the game Ingress, described in the following way: “The gameplay consists of establishing “portals” at places of public art, landmarks, monuments, etc., and linking them to create virtual triangular fields over geographic areas. Progress in the game is measured by the number of “mind units” (MUs), i.e. people, nominally controlled by each faction (as illustrated on the Intel Map). The necessary links between portals may range from meters to kilometers, to hundreds of kilometers in operations of considerable logistical complexity. International links and fields are not uncommon, as Ingress has attracted an enthusiastic following in cities worldwide amongst both young and old, to the extent that the gameplay is itself a lifestyle for some, including tattoos.”

So to sum it up, we have new devices that augments reality, games with portals to the mind, and news that dark matter might be a different dimension. These are all ingredients for OPENING PORTALS TO YOUR MIND! A NEW ERA OF SPIRITUAL WARFARE IS HERE! 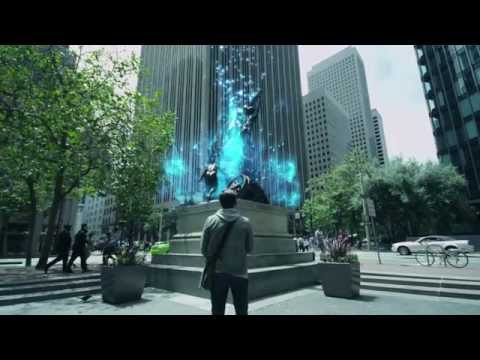