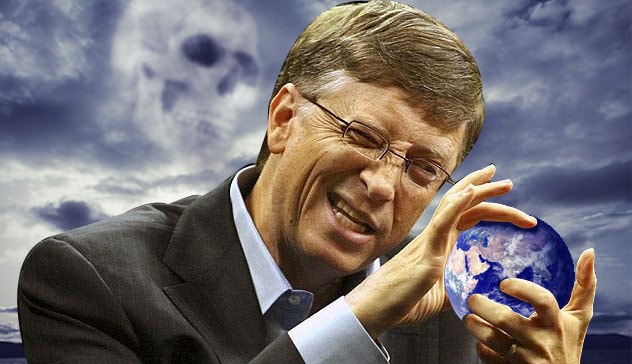 Scheme would allow government to confiscate money at will

Bill Gates is now promoting “digital currency” in third-world countries, which will make the poor even more dependent on central banks while also turning them into guinea pigs for the development of a “cashless society” in the U.S. and Europe.

Gates outlined his plan for a cashless society in a letter published Thursday in which he proposed the poor have better access to mobile phones so they can store their financial assets digitally instead of keeping hard currency at home.

“The key to this will be mobile phones,” he wrote. “Already, in the developing countries with the right regulatory framework, people are storing money digitally on their phones and using their phones to make purchases, as if they were debit cards.”

“By 2030, two billion people who don’t have a bank account today will be storing money and making payment with their phones.”

But this will only enslave the poor into an electronic monetary system they don’t control, allowing central banks and the government unparalleled ability to confiscate money at will through taxes and “bail-ins.”

For example, after Cyprus’s largest bank was sunk from exposure to debt-crippled Greece, the Cypriot government looted people’s bank accounts in 2013 as part of a “bail-in” program with the International Monetary Fund and the European Central Bank.

A third-world government wouldn’t even need to wait for an economic crisis to loot digital bank accounts, however, with the cashless scheme Gates proposes, officials could simply impose a tax and confiscate money automatically.

And there’s no reason to believe this scheme will only be limited to the third-world; the United Kingdom has already tested digital-only payments earlier this year.

“While the whole idea is being marketed as an inevitable consequence of the decline in cash payments and the rise of credit cards and contact-less payment technology, many in the privacy community see the elimination of cash as another means of abolishing anonymity,” Paul Joseph Watson wrote. “Alternatives to cash that could still provide anonymity, such as crypto-currencies like Bitcoin, are slowly being adopted by more stores and chains, but at nowhere near the rate required to provide a viable competitor to the likes of Google Wallet and Paypal.”