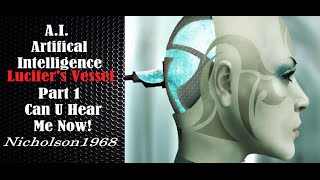 “For those of you out there who don’t believe in religion… Jesus Christ… I didn’t either. I didn’t want to believe any of the things I was shown.

This is just to show you some of the things the elite are gonna try to attempt to do… They’re not gonna pull it off.. so don’t fear it. You just need to know about it. You need to be watching and you need to be awake.[…]

It is all the one game. It is the battle for your soul. It is the battle for the next step when you leave this physical earth. That’s what it’s all about. There’s no other game in town.You may believe there’s another game in town. But it’s not. That is the one game. […] I’m just trying to tell you the truth. I’m not a shill. I’m not getting paid to do this. I’m just sharing truth with you.

[…] I’m just telling you Jesus Christ is the only way to get to the next level. Period. I studied it all. Allah, New Age, Buddha, nothing else makes sense of what’s going on in this world, has come as a man, died as a man, showed you the way, how to get out of this and take it to the next level. What I’m gonna show you in this video is why the elite are pushing so hard to pre-program you to doubt exactly what I’ve been shown and what I’m showing you.” – Nicholson1968