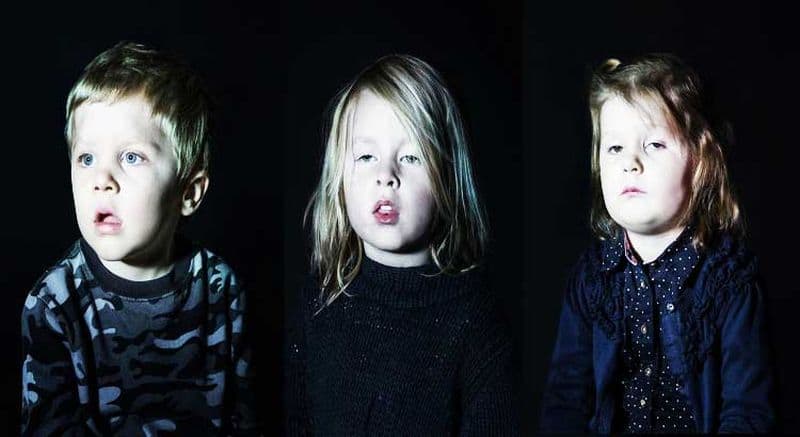 Mind control anyone? I watched a movie the other night called Experimenter. It’s based on the 1961 Milgram experiment on human behavior. The results are disturbing, although, not surprising in light of all we know about mind control in the world today. I recommend you check it out. It’s important to be aware of just how malleable people really are.

They call it Television Programming for a reason.

Fred Emery, who studied television for 25 years, confirmed this.

The television signal itself, he found, puts the viewer in this state of drugged-like oblivion. Emery writes: “Television as a media consists of a constant visual signal of 50 half-frames per second.

Our hypotheses regarding this essential nature of the medium itself are:

“1) The constant visual stimulus fixates the viewer and causes the habituation of response. The prefrontal and association areas of the cortex are effectively dominated by the signal, the screen.

“2) The left cortical hemisphere–the center of visual and analytical calculating processes–is effectively reduced in its functioning to tracking changing images on the screen.

“3) Therefore, provided, the viewer keeps looking, he is unlikely to reflect on what he is doing and what he is viewing. That is, he will be aware, but unaware of his awareness….

“In other words, television can be seen partly as the technological analogue of the hypnotist.”

Artist Donna Stevens seeks to explore the darker side of our growing love for technology.

Children, especially in their early years, are like sponges. Place them around an adult with a foul mouth, and they will begin mimicking their language soon enough. Set them in front of a television screen to maintain some peace and quiet in the house, and they will, undoubtedly, learn from what they are viewing and begin displaying similar behavior.

Which is why the art series titled “Idiot Box” by artist Donna Stevens is so significant and deserving of dialogue.

Stevens sought to explore the darker side of our love for technology, therefore, photographed children watching television. In the portraits, glossy eyed vacant stares are captured of children engrossed in their television program.

All the children photographed were between 3 and 4 years of age, and Stevens hopes this series begins a dialogue between adults of all ages to begin limiting the role of technology in their lives and the influence it may have on their kids.

As a mother herself, Donna recognizes that she maintains a certain level of techno-paranoia, yet still wants every individual to ask: “How much screen time is beneficial to children’s’ learning and imagination, and how much is too much?”

I need more TV; there is no outside world! 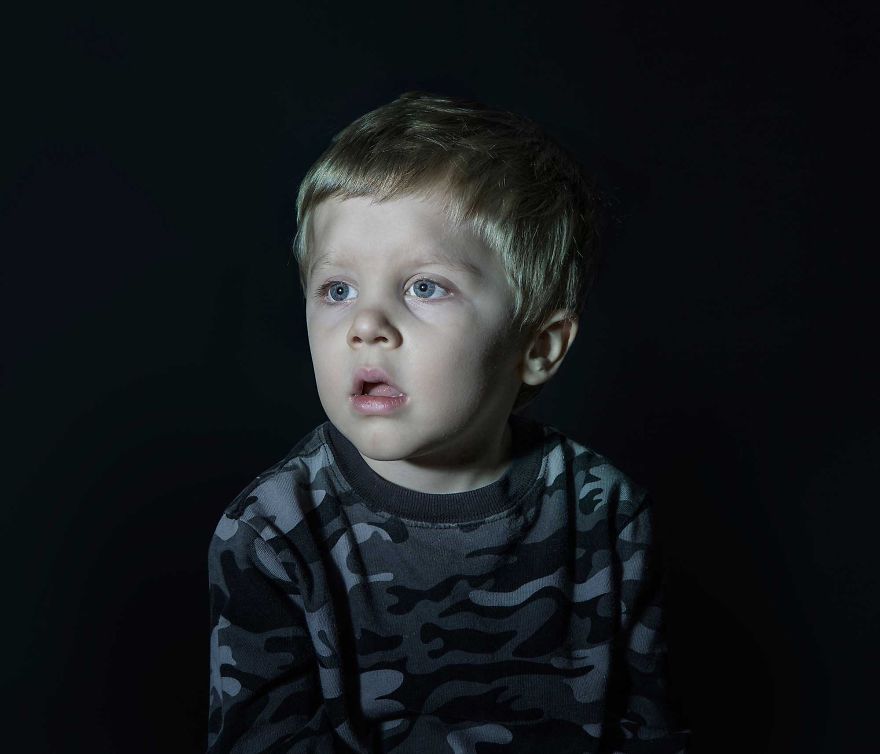 I can do this the whole day. 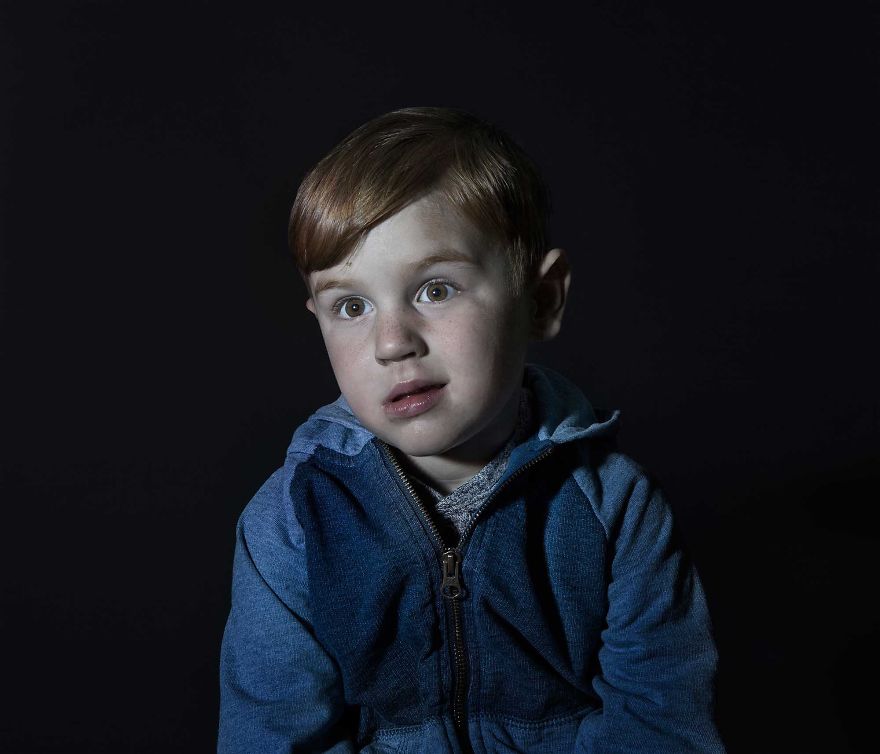 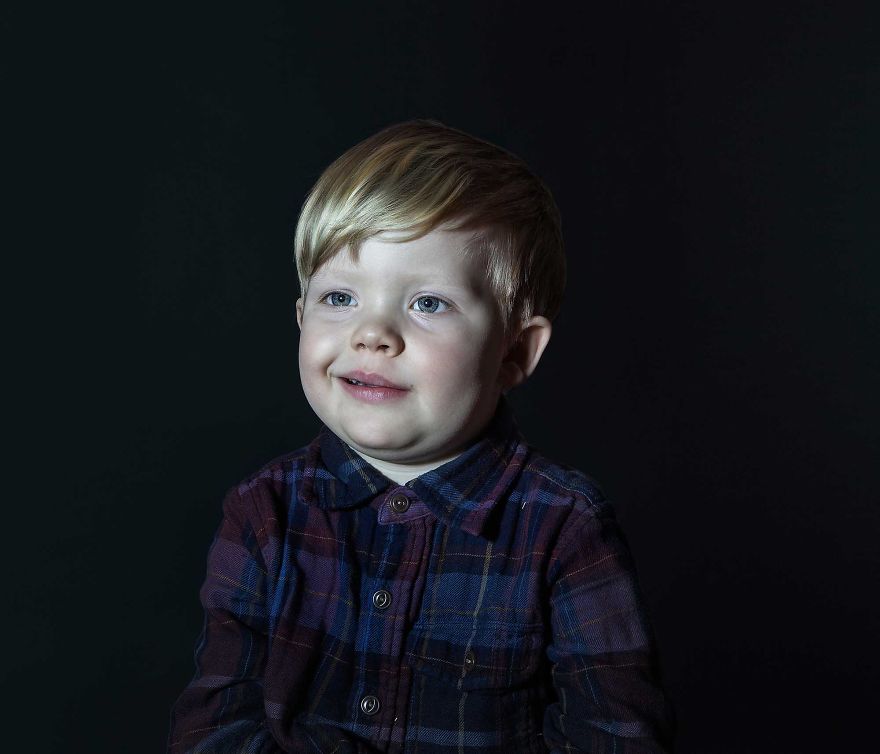 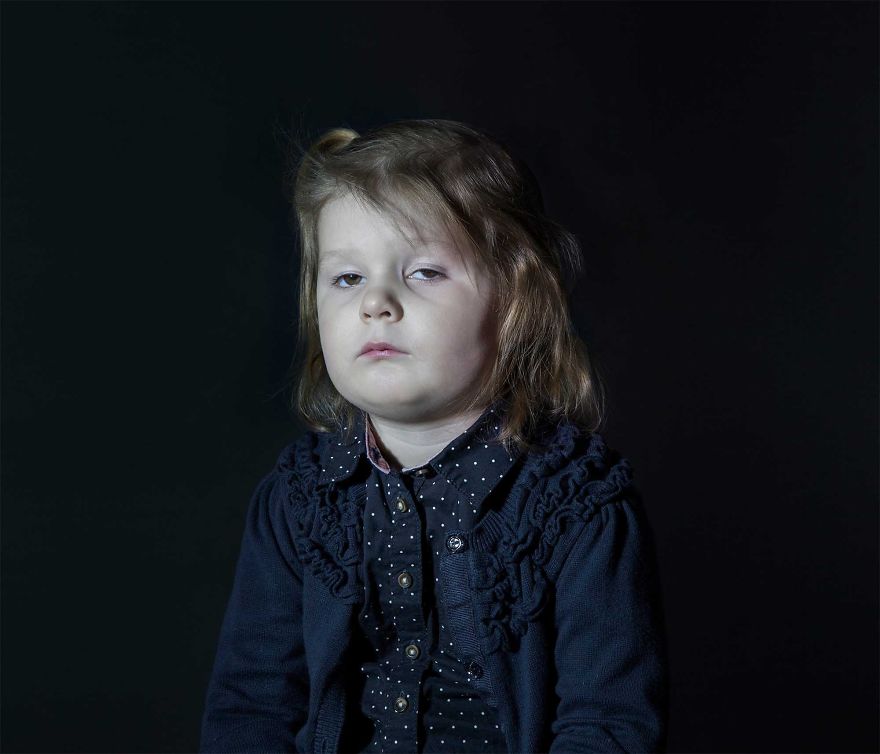 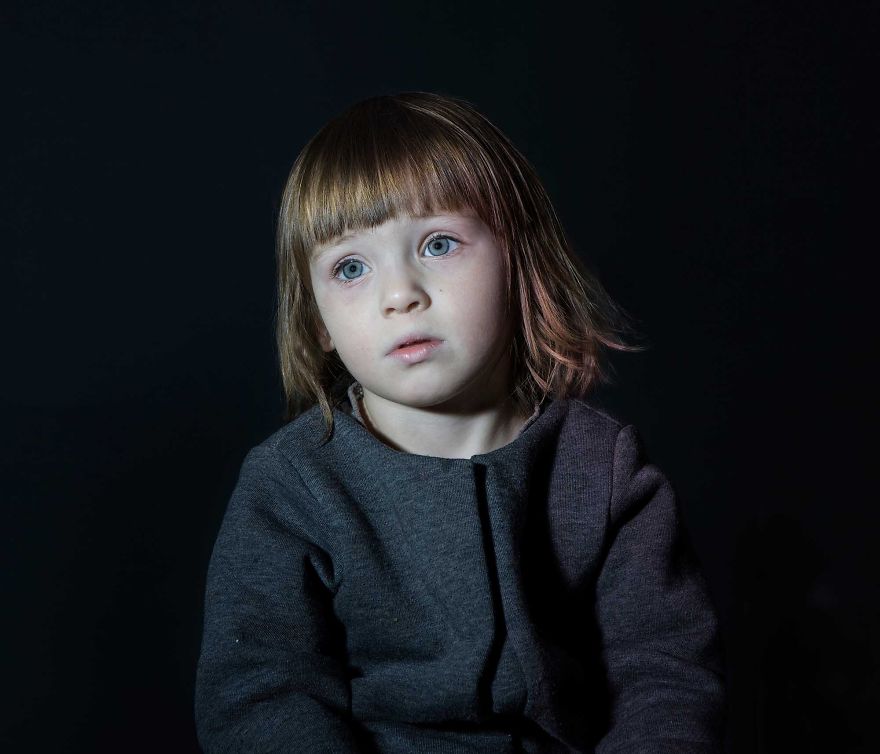 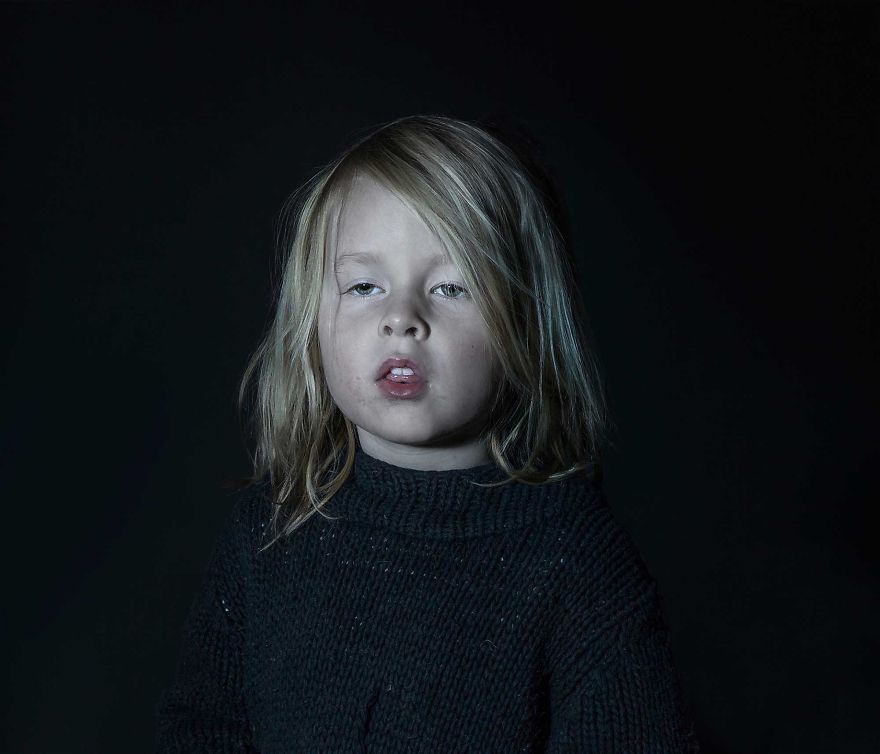 With peculiar interest in zombies growing worldwide, one has to wonder what underlies the fascination to be like the zoned out, half-dead. Perhaps it is because on a subconscious level, human desire to understand themselves, or where they are going…

“Practically the whole human race is hypnotized because it thinks what somebody else told it to think.” – Ernest Holmes

“Television has proved that people will look at anything rather than each other.” – Ann Landers

“Television has changed a child from an irresistible force to an immovable object.” – Author Unknown

“Television:  A medium – so called because it is neither rare nor well done.”  – Ernie Kovacs

“Everything is for the eye these days – TV, Life, Look, the movies.  Nothing is just for the mind.  The next generation will have eyeballs as big as cantaloupes and no brain at all.”  – Fred Allen

“The television, that insidious beast, that Medusa which freezes a billion people to stone every night, staring fixedly, that Siren which called and sang and promised so much and gave, after all, so little.”  – Ray Bradbury, The Golden Apples of the Sun

“Television has done much for psychiatry by spreading information about it, as well as contributing to the need for it.”  – Alfred Hitchcock

“If the television craze continues with the present level of programs, we are destined to have a nation of morons.”  – Daniel Marsh, 1950

& that fat slow generals are getting
Obscene on young blood

Do you know we are ruled by t.v.”― Jim Morrison, An American Prayer