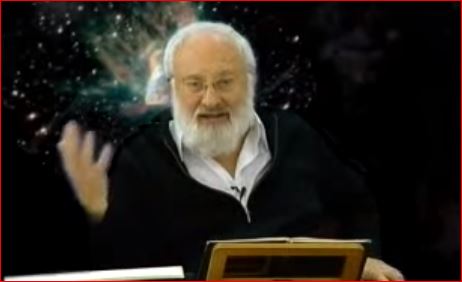 Kabbalistic mysticism is sweeping through the church in a variety of packagings, from Fallen Angel myths and Quantum Christianity to Bible Codes to Experiential Spirituality. The man in this video is teaching Kabbalah. As you watch, notice how some of the concepts presented are subtly gaining ground in modern Christianity in the forms of:

As well as in Jonathan Cahn’s books.

More information on Kabbalah below the video. 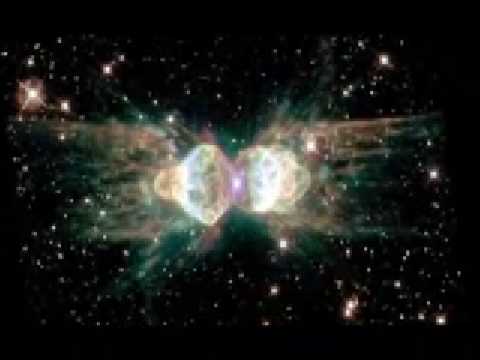 “The Kabala also has archetypes for everything in the world of creation. Like its cousins Gnosticism and occultism, there is a deeper hidden meaning made known only to those who learn to discover it (the initiated).

“According to Masonic historian Albert Pike, Gnosticism was an offshoot of Kabalism…. On page 626 of Morals and Dogma-the most esteemed work of Freemasonry-Pike states,

“The Kabalah is the key of the occult sciences; and the Gnostics were born of the Kabalists”

Excerpts from “What is Kabbalah” – CARM

Kabbalah is difficult to categorize because it is a subjective non-falsifiable belief system. In other words, it rests in non-verifiable philosophy, not in historic fact. Nevertheless, kaballah is a mystical and esoteric system of observing and interpreting the universe and mankind that also seeks to reveal the true relationship between God, man, and the universe. It teaches that there is a divine being, neither male nor female, that has 10 primary aspects called sephirot which are represented in the Tree of Life (see diagram to the left). Kabbalah teaches that the supreme being created the universe through a series of those 10 aspects that descended through various levels until creation was fully realized.

[…]Kaballah is the way of viewing reality based upon subjective, experiential interpretations of the world, life, death, creation, meaning, purpose, etc. It is an inner-contemplative movement and is considered to be a way of life.   Kabbalah relies heavily on mystical interpretations of the first five books of the Bible (Genesis, Exodus, Leviticus, Numbers, and Deuteronomy) as well as the rest of the Old Testament. Its premises are that there are secret and hidden meanings in the biblical text that can be discovered by examining the shape of Hebrew letters, the gematria of words (mathematical values), and how these word values relate to each other. The problem is that this method often draws conclusions that are in contradiction to the plain teaching of the text that it examines. Thus, Kabbalah can have a variety of disjointed beliefs. This is why David A. Cooper, a Kabbalist, says, “Kabbalah does not lend itself to a straightforward definition or even a clear-cut history…it teaches us about the mysteries of life, how the creation works, where we are going, and how we get there.”2 (emph HHA)

Where does Kabbalah come from?

Mr. Cooper in his book, God is a Verb, asks, “What is it that cabalists receive? And from whom do they receive it?”3 Mr. Cooper’s questions are extremely important especially since Kabbalistic theology is unbiblical. It teaches reincarnation, a type of karma, inner divinity, and no need for a Redeemer. Indeed, we must ask where does the Kabbalist in the Kabbalist of history get their information? They get it from the Zohar, the Zoar, and the Sepher Yetzirah which are essentially mystical commentaries and interpretations of the biblical text as written and recorded by various Kabbalists throughout history.

Nevertheless, are we to conclude that the philosophy taught through Kabbalah is godly? If it contradicts both Old and New Testament teaching, then how can it be from God? We conclude that it is not from God but is in reality yet another deception that proceeds out of the Garden of Eden where Satan said “you will be like God,” (Gen. 3:5). The Edenic lie echoes through the hearts of mankind and has taken root in the philosophy of Kabbalah.

[…] (T)here is no historical fact that verifies Kabbalah. It borrows heavily from the accounts written in the first five books of the Bible, but it also radically reinterprets so many events and so many concepts in the Bible that it is quite foreign from what the Word of God actually says.

Please consider some of the following phrases used in the the books that teach Kabbalah and notice their ambiguity and New Age “feel”:

These kinds of phrases are unverifiable and subjective and have no inherent meaning apart from assigned philosophical interpretations given to them by Kabbalah literature. Furthermore, the phrases are highly reminiscent of New Age teaching that also exalts humanity to the level of divinity, teaches esoteric knowledge, secrets of the universe, and also tries to unravel the mystical relationship between God, the universe, and ourselves — all based on subjective interpretations of the Bible.

Both Kabbalah and the New Age do not rest in historical facts nor in historical events that can be verified so as to support their interpretations. How do you connect with other realities? In fact, what does that mean? What is “higher awareness”? How does the finite become unified with the infinite? The answers that Kabbalah seeks to give to these kinds of questions are as equally subjective as the phrases that initiate the questions.

Because there is no way to verify the truth of the 10 aspects of God, that Kabbalah was given to the angels for the creation of the world, etc., the Kabbalist is left to either believe or disbelieve based upon his preferences. Instead of believing what the Bible actually says, the Kabbalist is left with following the baby and mystical interpretations of a few ancient Jews.

Unlike the Gospels, Kabbalistic literature is full of philosophical mumbo-jumbo, unverifiable and subjective ideas, and words that are strung together in such a way as to appear to be semi-coherent. The problem is that Kabbalah contradicts the Bible. Therefore, it is not true.