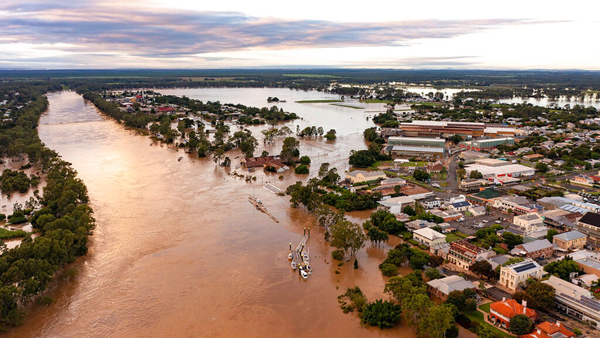 As the MSM “Wags the Dog” with its Russia and Ukraine narratives, it is all but silent about the horrific flooding in Queensland. 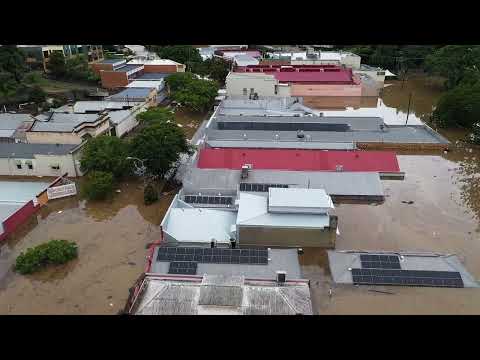 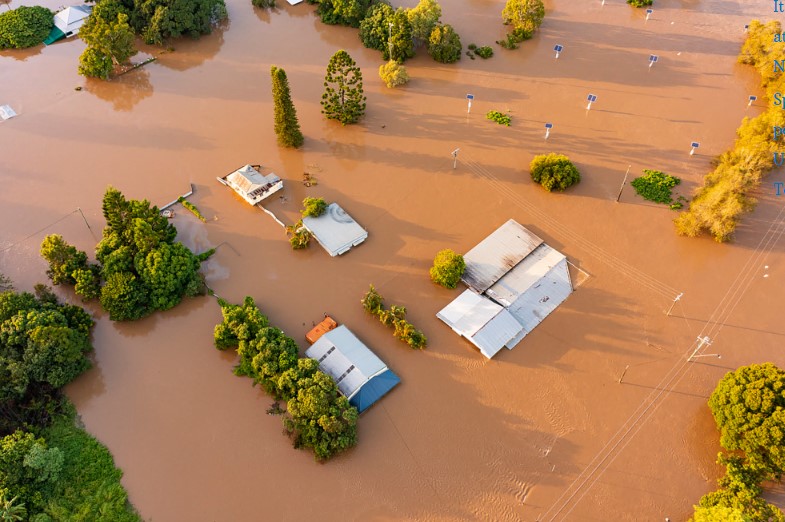 Like the nightmarish fires Australia suffered only last summer, this reeks of weather warfare. Thank you Eric Erickson for reminding me of this quote by president John F. Kennedy on Sept 25, 1961:

“We shall purpose further cooperative efforts between all nations in weather prediction and eventually weather control.”

Is there evidence that this crisis was manmade? While I’m not an expert, I do know enough to make me wonder what they were up to when I happened upon the following videos a few days before the floods started. This first one of some strange sky phenomenon was taken on Umina Beach, on the eastern coast of Australia on Feb 18th.

While most of the lighting strikes caught in this video by Youtuber Gina Maria Colvin Hill on Feb 20th were off the south-east coast of Australia, the timing and location are still more than suspicious. 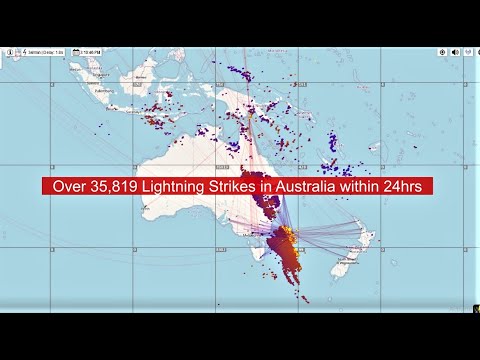 And she also posted this live stream on Feb 21st. 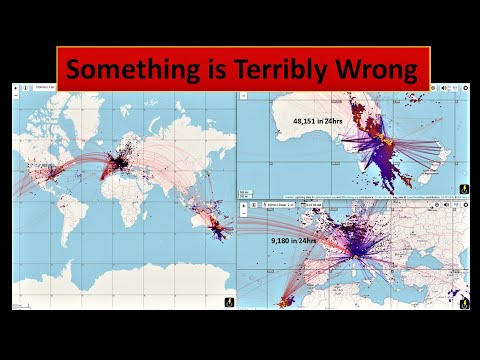 (This is not an endorsement btw. It was the only footage of the lightning I could to find.)

Is it a coincidence that the historic flooding in Sydney and Queensland started the following day (Feb 22nd)?

News agencies in Queensland are downplaying what is happening. Here’s a screenshot of a comment made yesterday on theresnothingnew.com (please excuse the language): 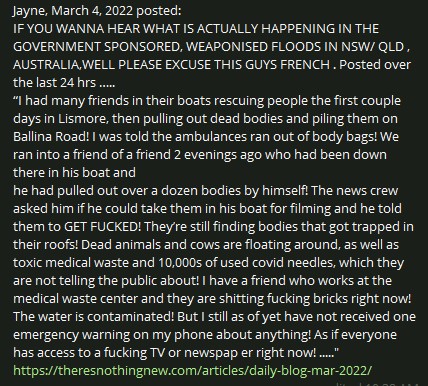 This may be unrelated, but on Feb 21 there was also a 6.5 earthquake in Bellany Islands, Antarctica. 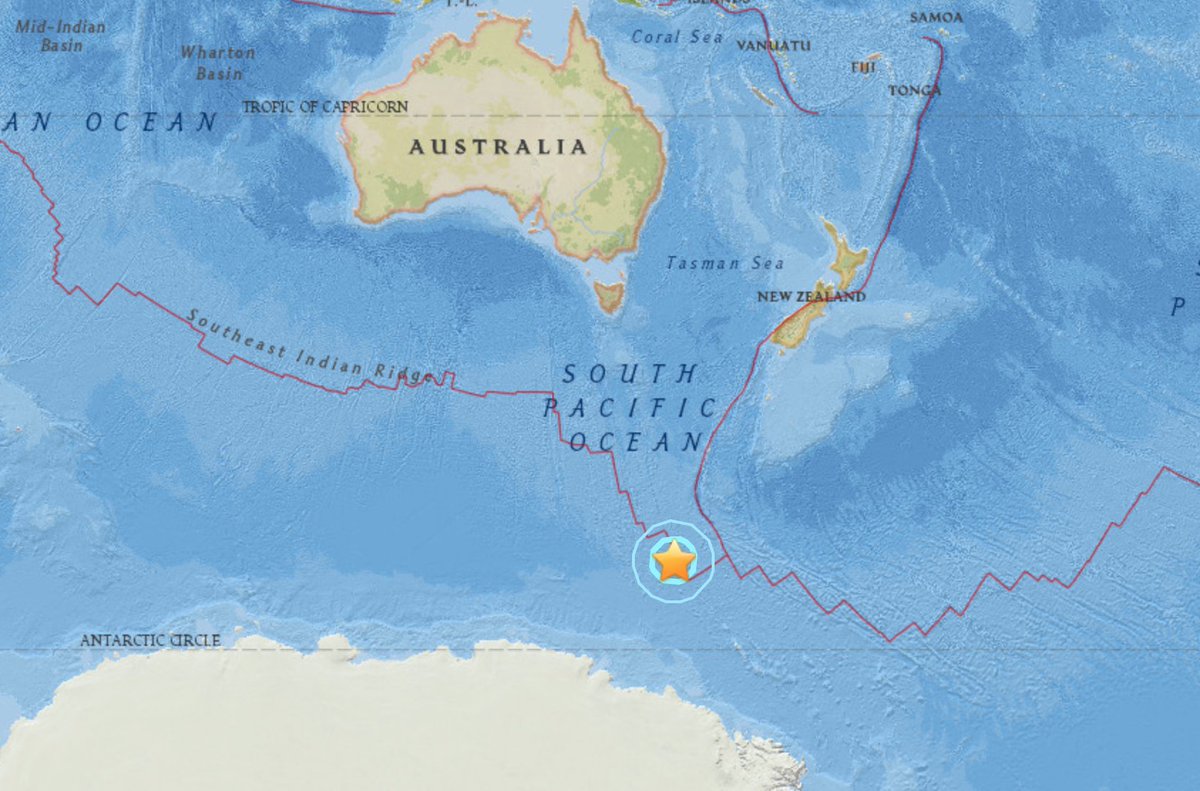 All this falls on the heels of Klaus Schwab’s announcement to move on from COVID to the so-called “climate emergency” in the second book of the “Great Reset” series.

“We adopt the view that, as they recover from the pandemic and embark on a path to radical and accelerated change, our societies and economies should be … attuned to the needs of our global commons.” ~ Klaus Schwab

“The Great Narrative is an attempted reminder to keep us on edge. It is a grand call to take sweeping ‘climate emergency’ action via Klaus Schwab’s credentialed elite. It relentlessly hammers home the apparent necessity of taking dramatic tyrannical action to intervene in the climate. And by intervening in the climate, he means radically reorienting every nation on earth by imposing a totalitarian global governance order.” – The Covid World

According to Schwab, climate change is the “greatest collective action problem we’ve ever been confronted with,” claiming that “humanity has never faced an endeavor more complex, ambitious, and far-reaching than arresting the collapse of our ecosystem and stabilizing the climate.”

“The environment is on the brink of disaster and climate change is an existential threat.” – Klaus Schwab – World Tribune

And, of course the crisis in Queensland is officially being blamed on “climate change.”

Numerous geoengineering documents and patents make it plain that recent chaotic weather events around the world are not the result of human life on earth, but of weather modification technologies. But how can they use lightning to control the weather? And why was it out in the ocean and not on land? In this article, Climate Viewer’s Jim Lee discusses how aerosol particles in ship tracks affect lightning:

There’s Something in the Air (Ship Track Affect Lightning)

The connection between people and lightning is visible along two of the world’s busiest shipping lanes in the Indian Ocean and the South China Sea. The top map shows the emissions of particles from ship exhaust (orange), calculated from a database of maritime vessel traffic in the region. The second map shows the average density of lightning per year from 2005 to 2016, as detected by the World Wide Lightning Location Network (WWLLN). The narrow light-purple bands indicate where increases in lightning occurred. Turn on the image comparison tool to see where areas of increased lightning coincide with shipping routes. 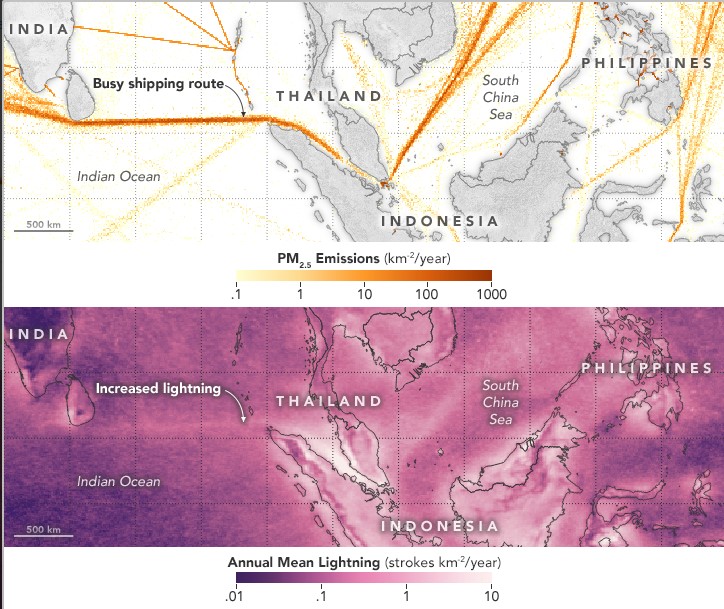 This map shows the shipping routes along Australia’s coasts. 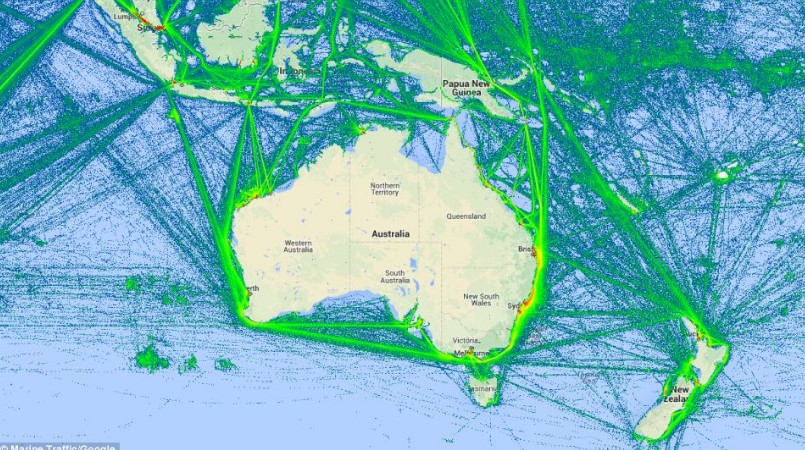 Lee has put years of work into providing evidence of the ongoing weather modification programs that most people still find unthinkable. You may want to  glance through this report in particular, which contains documentation of technologies by DARPA and other agencies’ interest in lightning.

Now, I’m no expert on this subject, so I can’t explain exactly how the lightning strikes in the ocean and the Queensland flooding are connected, but there is more than enough evidence to know that, however it’s being accomplished, men playing god are behind it.

From the climate (physical/political & spiritual), to the economy and medical tyranny, the servants of the fallen one are strategically working to control this world on every front. It’s a mistake to be ignorant of their devices (2 Cor 2:11). But it’s also vain to think we can defeat them in the natural, and in the greatest deception the world has ever known they will feign to do just that. Don’t be fooled. As fond as we are of God’s beautiful creation, if we are in Christ, this world is not our home. Our life, our hope, and the strength to see us through comes from heaven above where our Lord reigns, seated at the right hand of the Father. (Col 3:1)

Now I rejoice in my sufferings for your sake, and in my flesh I am filling up what is lacking in Christ’s afflictions for the sake of his body, that is, the church, of which I became a minister according to the stewardship from God that was given to me for you, to make the word of God fully known, the mystery hidden for ages and generations but now revealed to his saints. To them God chose to make known how great among the Gentiles are the riches of the glory of this mystery, which is Christ in you, the hope of glory. Him we proclaim, warning everyone and teaching everyone with all wisdom, that we may present everyone mature in Christ. For this I toil, struggling with all his energy that he powerfully works within me. ~ Col 1: 24-29