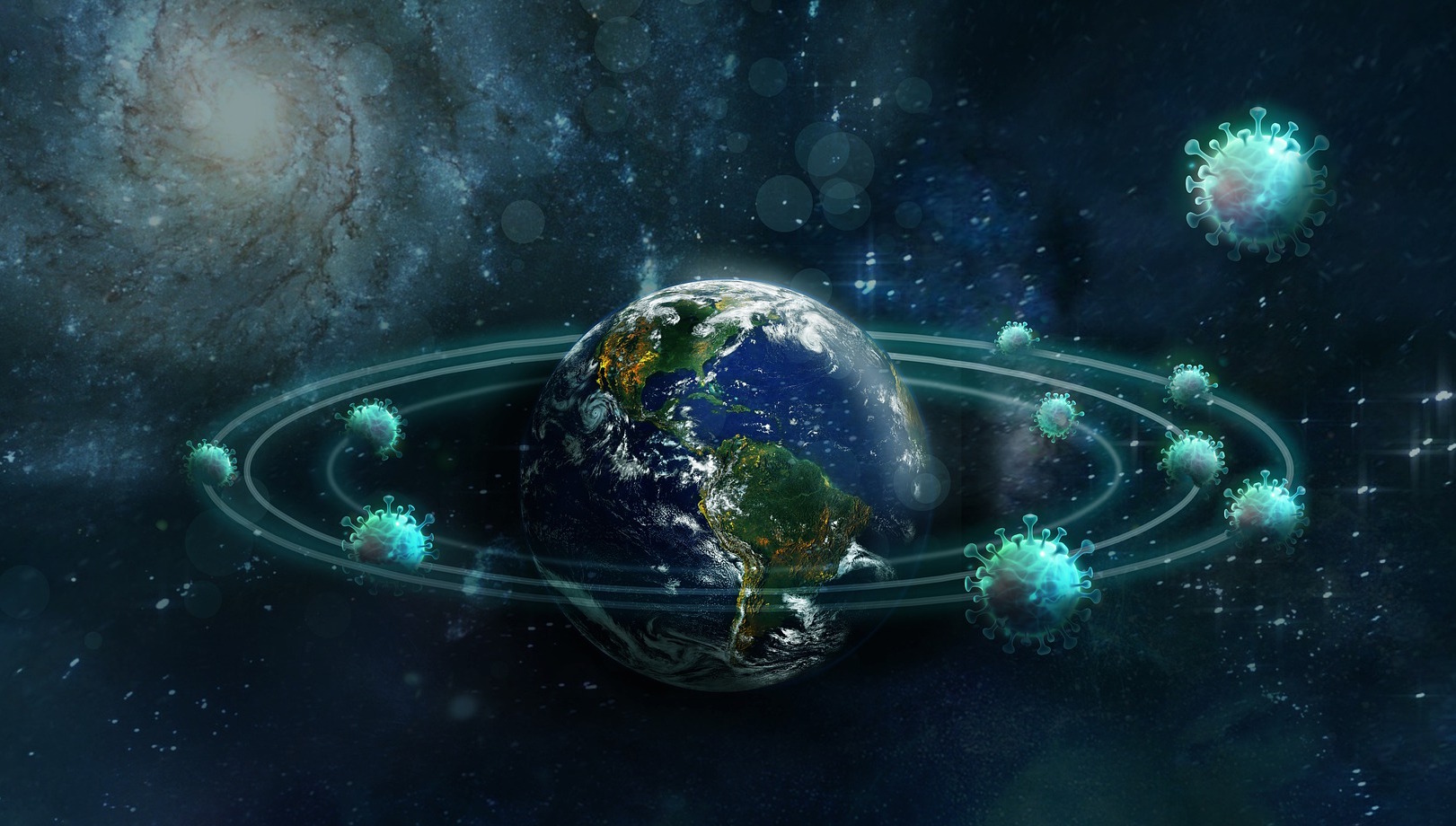 Everyone is breathing a big sigh of relief since the Southwest Airlines pilots took their stand against mandatory vaccination and other agencies following suit. The great “virus” lie has served its purpose. Half the world is masked up, injected up with poison, the other half demonized for having pure blood and trusting their God-given immune systems. But the cycle of trauma and relief is their proven method of control, and without missing a beat, the narrative makers are shifting the focus to Climate Change, “a far deadlier enemy.”

The connection between environmental degradation and the emergence of human pathogens, like Covid 19 has always been part of their discussion, but it appears that we have arrived at the next stage of their agenda.

I was talking with a friend about how these two life-hostile agendas work together to accomplish their endgame.

Let’s start with some basic science.

Although greatly overly simplified, this is known as The Carbon Cycle; God’s creation sustains itself through this give-and-take of oxygen and carbon dioxide (CO2) which is facilitated by LIGHT (photosynthesis).

In addition to our breath, Co2 is produced through;

“[T]he burning of carbon-containing fuels and the decay of wood and other plant matter.” – encyclopedia.com
“It is indisputable that man’s activities have increased the amount of carbon in the planetary ecosystem and that the main effect has been the greening of the planet as living conditions improve for plants. [Wait, but aren’t more plants a GOOD thing?] The fundamentalist ecofascists don’t like this good news. So they say that the increased greenery has poor nutritional quality. But they have no scientific evidence to support this… In fact the agricultural industry all over the world has for many decades been using artificially elevated carbon dioxide levels to grow crops. And nobody has complained about the nutritional quality of all the food thus produced.” – Bruceonpolitics

Now, imagine if these psychopaths have their way and are able to remove CO2 and sunlight from the environment (ie. Bill Gates agenda to “block the sun” which he alleges is contribution to “global warming.”) No plant life would prosper and humans and the entire animal kingdom would be starved of life-essential oxygen.

We would be unable to BREATHE.

It is no coincidence that the “coronavirus” is a supposedly-deadly respiratory infection caused by a so-called RNA virus ( “RNA viruses” include the common cold, influenza, Severe acute respiratory syndrome (SARS), Middle East Respiratory Syndrome (MERS)…

Did you know that the word “virus” in the original Latin means “poison?”

That brings up a question: What is really sickening people? We’ve lived our entire lives accepting colds and flu as a natural part of life. But what if that’s just another lie? The meaning of virus as “agent that causes infectious disease” emerged in the 1790s out of the earlier use in reference to venereal disease (by 1728). The modern scientific use dates to the 1880s. The computer sense is from 1972. – entymonline.com It’s interesting that the same term is used to describe a scripted program that is “poisonous” to computers.

As I posted recently, no “virus” has been isolated and (more) poison is being introduced through the increasingly mandated “preventative” injection. (As I’ve posted before, the poison shot is not the “mark of the beast” that will result in the eternal damnation of those who receive it. Rather, it has been created to play that role in their end times script with the purpose of giving satan the power over the human soul which he does not have in the perception of believers!)

Remember this Club of Rome statement?

“The common enemy of humanity is man. In searching for a new enemy to unite us, we came up with the idea that pollution, the threat of global warming, water shortages, famine and the like would fit the bill. All these dangers are caused by human intervention, and it is only through changed attitudes and behaviour that they can be overcome. The real enemy then, is humanity itself.” – Club of Rome, premier environmental think-tank, consultants to the United Nations

Under the guise of protecting “Mother Earth”/Gaia, The Club of Rome’s agenda is the DESTRUCTION OF LIFE / GOD’S CREATION.

SATAN takes the BREATH, the MIND, the LIGHT and poisons the BLOOD.

These two life-hostile agendas are Satan’s tools for establishing his counterfeit kingdom (coronavirus: satan’s coronation through mass poisoning). Of course the “virus” will never go away. Our lives have been forever altered. They are only bringing their greater agenda into focus.

“Isn’t the only hope for the planet that the industrialized civilizations collapse? Isn’t it our responsibility to bring that about?” – Maurice Strong, founder of the UN Environment Programme (UNEP)

Here we see the great Unicorn, trampling the world system they have created into bits; the Phoenix, burning into ashes to arise anew.

A not-yet-mentioned slant (that I’ve seen anyway) on the celebrated news of Southwest Airline pilots taking a stand against mandatory poisonous injections (with American Airlines and others following suit,) is how the halt of travel – which encompasses the transport of all goods, plays in to the exorbitantly expensive, economy destroying Green New Deal with its agenda to end the use of fossil fuels. Truckers are already being affected by this in California, which is mandating that 4000 “Zero Emmission trucks” be built by 2024 and 300,000 by 2030.

We know that we are in the final hour. Hold fast!

“Let us hold fast the confession of our hope without wavering, for he who promised is faithful.” (Heb 10:23)