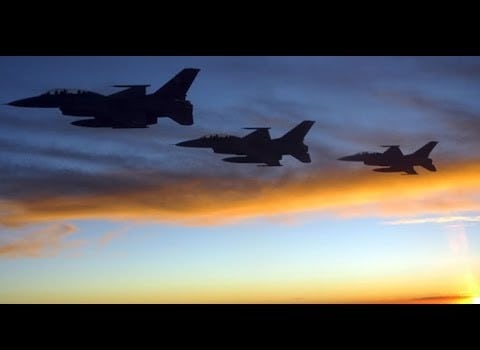 Although the tweet was retweeted over 400 times, the comment garnered no mainstream media attention whatsoever, which is odd given that Schindler is a former U.S. Naval War College lecturer and is known to have many high level military contacts.

Although not specified, the reference was almost certainly in relation to growing tensions between the United States and Russia.

One analysis of the comment suggests it may have been a “deliberate “leak” from NATO sources, to emphasize how serious the situation is.”

Earlier this month NATO launched its biggest ever wargame exercise on Russia’s doorstep. Moscow responded by conducting “provocative” wargames in the Mediterranean Sea in coordination with the Chinese PLA, the first ever naval drill involving both superpowers.

NATO powers are also taking part in one of Europe’s largest ever fighter jet drills from today, with the United States, the United Kingdom, Switzerland, the Netherlands, Germany, France, Finland, Norway and Sweden all involved in the 12 day exercise.

Tensions are also building between the U.S. and China, with The Global Times, a state media outlet owned by the ruling Communist Party, today warning that “war is inevitable” if Washington doesn’t halt its demands that Beijing stop building artificial islands in the South China Sea.

“If the United States’ bottom line is that China has to halt its activities, then a U.S.-China war is inevitable in the South China Sea,” the newspaper said. “The intensity of the conflict will be higher than what people usually think of as ‘friction’.”

Billionaire investor George Soros also cautioned last week that the planet was heading towards a third world war as a result of a potential economic collapse in China.

Noting that Beijing may need to rally its population around an external threat to avoid an internal collapse, Soros said that, “there is a real danger that China will align itself with Russia politically and militarily, and then the threat of third world war becomes real.”