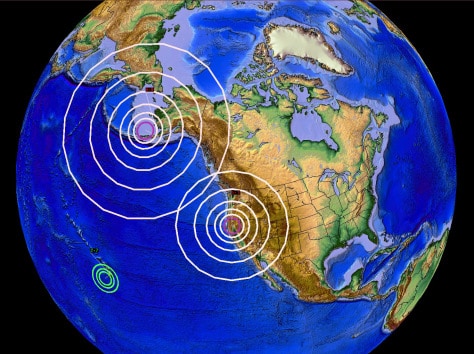 The Northern California earthquake directly followed an even larger 6.8M which struck just minutes before off the coast of Alaska.

A review of the surrounding area shows the earthquake in California is very close to Mount Shasta, and also the Lassen Volcanic center (seen with multiple dark lava flows to the East).

This activity is a sign of the greater unrest happening in the Pacific due to the “global seismic unrest event” currently taking place across the planet.

You might be asking .. “what global seismic unrest event” am I talking about?

The one you’re not hearing about from the main stream media, which is totally obvious to even the casual observer (if you’re paying attention).