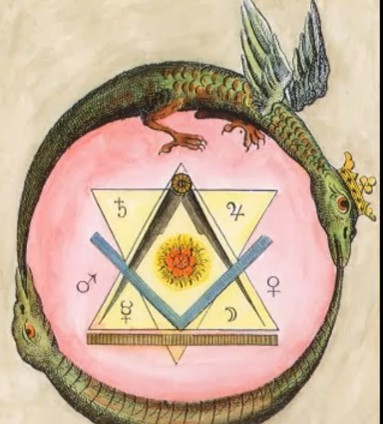 Here’s an informative article by Texe Marrs, but like I mentioned in my recent article “Cabalist-Judaism In The Church?” Texe Marrs properly identifies Freemasonry and Cabalist-Judaism as Satanism and yet he espouses the Jewish mystical story of the Nephilim. So just be aware.

Current events demonstrate that humanity is indeed in the grip of an occult power rooted in the Jewish Kabbalah. The situation is dire.
Adherents of this satanic cult control the government, economy, education and the media.
In the article below, (Texe Marrs) proves Judaism worships the snake who represents Satan or Lucifer.

(Disclaimer: The Kaballah is central to both Judaism and Freemasonry but the majority of Jews and Masons are uninitiated, i.e. unaware of its diabolical character and intent.)

“For your hands are defiled with blood, and your fingers with iniquity; your lips have spoken lies, your tongue has muttered perverseness… They hatch cockatrice (flying serpent) eggs and weave the spider’s web: he that eateth of their eggs dieth, and that which is crushed break out into a viper.” Isaiah 59

Rabbis Agree with Jesus: Their God is Satan, the Holy Serpent – By Texe Marrs
(Abridged by henrymakow.com)

In the Gospel of Matthew, Jesus straightforwardly called the religious Jews “serpents” and “vipers” (Matthew 12 and 23).

“How can ye escape the damnation of hell?” said Jesus.

Since Jesus’ time, one rabbi after another has proven Jesus right. The majority admit to their lordship by the Serpent. The rabbis even put their evil in writing, declaring in their most holy books, the Talmud and Kabbalah, that the Serpent is their “companion” and “helpmate.” So holy and sacred is the Serpent in their Judaic religion that the rabbis maintain he is their “redeemer” and “Messiah.”

The rabbis say that “vav” is evidence of both deity and of the Holy Serpent and note that this supernatural Hebrew letter is found exactly at the middle point of the Torah, at Leviticus 11:42, which is said to be the belly of the serpent.

Now, the Jewish people are themselves claimed to be represented by the words of the Torah. The kabbalist doctrine is that the Jews can be found to live and exist totally within the interpreted words of the Torah. The Serpent, too, resides within the Torah and, in fact, say the rabbis, encloses the Torah and the entire universe. Descending and rising within the Tree of Life, which the Torah also represents, the Jews eventually arrive in the middle of the spiritual world. Thus, Rabbi Joel David Bakst states, “we have journeyed to the center of the world and landed in the belly of the serpent.”

JEWISH “MESSIAH” AND SERPENT ARE ONE AND THE SAME

Rabbi Michael Ezra further states, “Our sages explain that in Gematria, the Hebrew Words, Moshiach (Messiah) and nachash (Serpent), have the same numerical value.” Rabbi Jacob ben Cohen declares outright, that, “The Messiah is a snake.” 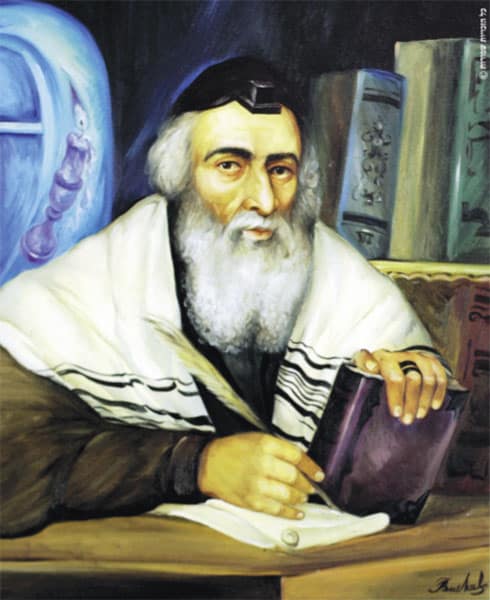 Rabbi Elijah ben Solomon, left, perhaps the most famous of historical rabbis, known as the Vilna of Gaon, heartily agrees with Rabbi Cohen’s conclusions. Not only is the serpent Messiah and redeemer of the Jews, the Zohar states: “The Holy Serpent is the fountainhead, root, and essence for all God’s sacred revelatory light.”

Remember, in the New Testament, we find that Jesus is the “light of the world.” The Kabbalah’s Zohar disagrees. The Zohar teaches that the Serpent is “the source of universal light.”

Rabbi Michael Ezra, argues that, “The Serpent has the transformative power in spiritual development.”

Rabbi Michael Laitman enthusiastically teaches that, “The Serpent is the Angel of Help. We should be grateful to the Serpent.”

Rabbi Michael Laitman interviewed by CNN’s Larry King. According to Laitman, the Serpent is the Jew’s Angel of Help. “We should be grateful to the Serpent for his help,” he says.

Rabbi Yitzhak Ginsburgh says that, “The positive snake represents the epitome of good” and adds, “The Messiah is referred to as the Holy Snake.”

Beit Ha Derek, a popular Jewish religious group, published an article, “The Revelation of the Holy Snake.” According to this group of Jewish scholars, quoting the Zohar (11-54a), we are told that, “The Serpent is wise and is a counselor to God.”

The rabbis and their holy books of Talmud and Kabbalah, agree that the Serpent is man’s great helper and friend. Rabbi Ibn Ezra states, “Serpents stand as servants to do your will.”

The Talmud, the Jews’ most holy book, teaches that, “Serpents encircle the Righteous during their lives, attending to their needs and guiding their actions.”

“On the Sabbath,” says the Talmud, “one is permitted to charm snakes and serpents” (Sanhedrin 101a, 101b). As such, the serpents will go forth to strike out at enemies and will protect the Jew.

The Talmud concludes that, “The Serpent is the great servant of man” (Sanhedrin 50b).

Of course, the Talmud is referring only to the Jews as “man,” because it describes non-Jews as inferior “beasts” and “animals.” Gentiles also must serve the Jews and will do so, according to the Talmud, in the future world.

For the wary Jew who, possibly, feels a twinge of fear in befriending the Holy Serpent, Rabbi Joel Bakst offers a bit of reassuring knowledge. Though some may view the serpent negatively, the rabbi writes, “In Messianic times and beyond, the Serpent will be redeemed and revealed in all its glory and awesomeness.”

Amazing! The ugly, lying serpent (Satan) will, in the prophesied Jewish future world, reign over all as a splendid, beautiful and glorious creature!

THE DEPTH OF DECEPTION

Now, dear friends, do you see and understand the depth of deception being perpetrated by the rabbis? The fact is, that the Jews in their religion do not believe in original sin but in original blessing. They deny that the serpent misled Eve and caused her and Adam to sin and fall. Instead, the serpent did man a great favor in the Garden by assisting him in his effort to attain godhood. The Jews say that the Holy Serpent will eventually lead and guide their race to fulfillment of this goal. They shall be as gods in the Jewish Kingdom yet to come.

The New Testament clearly paints for us an honest and forthcoming picture of the Serpent. Revelation calls him “Satan, and the Devil” (Revelation 12:9). Jesus said that he is the “father of lies.” Jesus branded the Jews, “blind guides” and reported them as “full of uncleanness.” 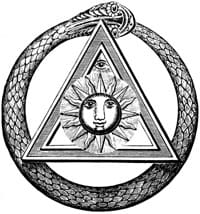 The prophets and apostles likewise warned of the teachings of the rabbis, which Jesus said were “man-made traditions” and “not of God.” Paul said those who fall victim to these lies are “bewitched” (Galatians 3). Isaiah stated that the Israelites “despised” the Word of the Lord, and therefore, “Truth has fallen in the Streets.”

John the Baptist, perceiving that the religious Jews had come to him for baptism as a pretense, angrily asked them, “O generation of vipers, who hath warned you to flee from the wrath to come?”

Jesus, too, called them “vipers” and “serpents” and He said they were “of their father, the devil.”

“For by thy words,” Jesus said, “thou shalt be condemned.”

Please note the very words of the rabbis. Do their words–bragging and boasting of their great friend, redeemer, and Messiah, the Holy Serpent–not condemn them?

My new book, Holy Serpent of the Jews, demonstrates these and many other ungodly words are used by the rabbis in regard to their admiration and veneration of their Messiah, Satan, the Holy Serpent.

The Jews–in fact, the entire world–is therefore confronted with a clear choice. Either serve Jesus Christ as Master and Lord, or fall sway to the damning, deadly words of the rabbis.

Jesus or Satan? That is the choice. We have no other option, and time is running out.