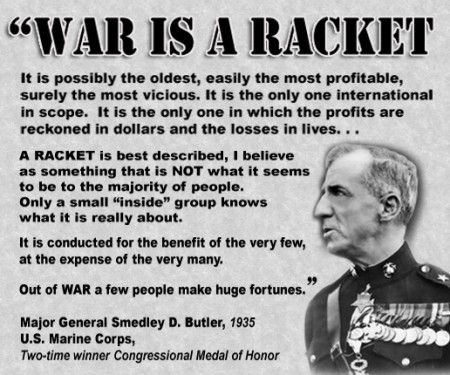 In Honor of Memorial Day I am posting War Is a Racket by Major General Smedley Butler, raised a Quaker, then became the highest ranking General in the Marine Corp and most awarded, at the time when he wrote this.  War Is A Racket | by Smedley Darlington Butler Smedley Darlington … Read More