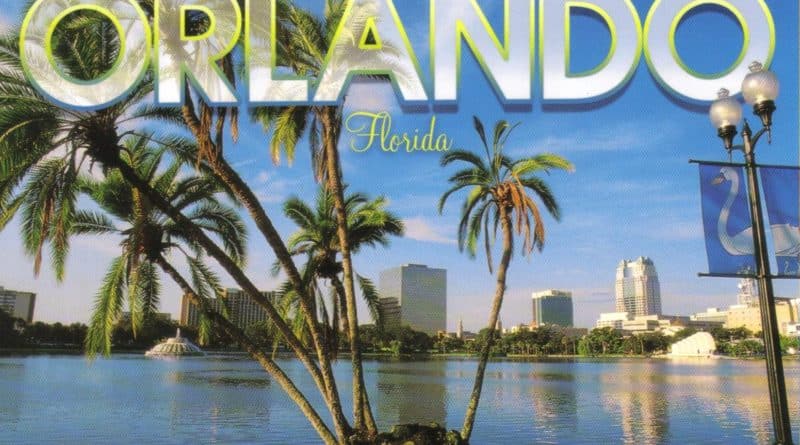 The government and media act as one. The whole media spectacle drove home the narrative that Islam and ISIS are anti-gay, and therefore anyone who questions homosexuality becoming the societal norm is a terrorist. Call it the “Homocaust.” All innocent victims are necessarily “good.”
Henry Makow 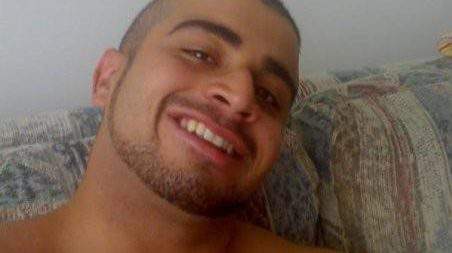 ORLANDO, Fla. — The story was practically over as it began. Assumed Orlando shooter Omar Mateen in the early-morning hours of June 12 opened fire, “killed 50 people” in the largely gay “Pulse” nightclub, wounded another “53,” was “shot dead” by police at the scene, and was declared guilty beyond a shadow of a doubt post-mortem.

Of course, the number of those killed and wounded, and other details of the crime, have vacillated. Considerable inconsistencies still were evident as of this writing. One timeline says Mateen entered the nightclub around 2:02 a.m. with a pistol and an AR-15 rifle, carrying plenty of ammo, and opened fire. But police reportedly didn’t initiate force until 5 a.m.—after dealing with a claimed “hostage” situation.

The whole media spectacle by the afternoon of Sunday, June 12 was way beyond a rush to judgment. It was an ultra-intense embrace of the narrative that Islam is a mortal, eternal enemy and that all aspects of homosexuality are beyond reproach by anyone.

As you read this, President Obama for the 15th time delivered an emotional speech after a domestic “random” shooting, in this case in the immediate wake of this alleged multiple shooting at the Orlando nightclub—“the worse mass shooting murder in American history,” as described by law enforcement “expert” Jim Cavanaugh on NBC News around 2 p.m. Sunday (June 12).

“Hate is a motive; internationally inspired terrorism is a motive,” Cavanaugh speculated while acting as if he possessed all the facts—like an all-knowing prosecutor making opening trial remarks to the “American jury” watching in TV land.

Not once did the NBC News crew on Sunday practice proper journalism and describe shooting suspect Omar Mateen as the “alleged shooter.” Nor indeed did the word “suspect” see the light of day. The press had already bought the story from Orlando police and the federal government. The national broadcast media and “the state” performed as one and the same entity. That’s because, for all intents and purposes, they are.

The three media-declared enemies of the state became clear: Anti-gay people of any stripe, along with Muslims, and, of course, guns. Hate is permeating the air, the media repeated. And their close ally, the state, was there to help wipe tears and soothe fears.

This writer has long considered the possibility that the string of 15 domestic shootings referred to by Obama are a large terrorism operation broken into small pieces to make them appear like random, separate events. But if they’re connected—and many of the events share several characteristics—then they may be what I call “micro-terrorism,” a word that describes seemingly separate “small” events that constitute a larger hidden plan.

Delving into the possibility that the Orlando shooting was a false-flag operation, “State of the Nation” online noted, “In any event the only questions that ever really matter when trying to solve such a transparent false flag shooting event is WHO really did it and WHY did they do it. It ought to be quite obvious by now that Obama was put into the White House by his masters to accomplish five primary goals: (1) Enact Obamacare (2) Restart the Cold War with Russia (3) Crash the Economy (4) Promote Gay Marriage and (5) Nullify the 2nd Amendment.” He’s 4 for 5 and State of Nation expects more shootings to justify more gun control in the Obama regime’s final few months.

For the record, gay skeptics such as myself don’t make a huge issue of homosexuality per se, although that “lifestyle choice” is fraught with known health risks and profound social implications. The problem is when radical, organized gay groups push their views on impressionable children and things of that nature while always demanding inordinate media favoritism—far beyond “balanced” treatment.

The “hate” element, of course, was invoked because Mateen (for a time called “Marteen” by NBC after the network initially spelled it “Mateen.”) reportedly was a reader of ISIS’s online postings. And ISIS was described by Cavanagh and others on the June 12 NBC News broadcast as “violently anti-gay.”

And, allegedly, according to NBC News, ISIS officially believes that homosexuality deserves the death penalty under Islamic Sharia law. Therefore, Mateen, who is said to have professed fealty to ISIS on more than one occasion, “must” be of the same stripe. Someone had heard that he and his son saw gay men kissing and Mateen was outraged—so outraged he would supposedly carry out a killing.

Meanwhile, on the other side of the country, a heavily armed man, who at first was said to be Islamic in extraction, happened to be stopped by police and arrested when he allegedly was headed to a planned “gay pride” parade the same day in Los Angeles, according to NBC, also on June 12.

Enter token angry white male: Turns out that, according to the Associated Press, the arrestee was a 20-year-old white man all the way from Jeffersonville, Indiana. Police claim that, in his car, he had “three assault rifles,” “high-capacity magazines” and “a five-gallon bucket with chemicals which could be used to make an explosive device.” (Unlike the orthodox press, the man’s name will not be shown here, since the information on him, which only comes from police, is simply hearsay).

“Around the country there are lots of gay pride events planned for this time of year,” NBC’s Pete Williams said, suggesting that the LA Islamic man had no actual connection to Omar Mateen—who was 29 years and was supposedly born in New York.

“We’ve reached no definitive judgment on the precise motives of the killer,” Obama said in his brief press conference, while adding: “What is clear is that he was a person filled with hatred. . . .This could have been any one of our communities.”

Obama noted that the “Pulse” nightclub, as it’s named, has become a place of “solidarity” and “civil rights” for the gay community and that this is an especially dark time for them. Obama went on to say that an attack on the LGBT community or anyone else for their ethnicity, race or sexuality “is an attack on all of us.”

Making sure that America’s collective psyche is sufficiently thrown into a sense of widespread fear and uncertainty, Obama also noted that from schools, to movie theaters, to churches and now to nightclubs—gun-based horror can erupt at any moment, at any place, at any time and that this specter of fear is now a permanent fixture in the U.S.

For the first time ever, the president called this shooting both “an act of terror and an act of hate,” NBC News also strongly stressed.

“Fifty lives we’re talking about; the largest massacre in America,” said a gay newspaper editor interviewed on the same NBC broadcast, around 2:30 p.m. Eastern Time Sunday, just before a brand-new cell-phone video was broadcast that allegedly showed, from a considerable distance, the very same Orlando shooting.

While viewing the video, this writer took careful notes. The apparent sound of shots could be heard and the viewer could see police-car lights flashing, showing police were already on the scene. NBC even speculated that the popping sounds were at least partly from the SWAT team that reportedly hurried to the scene, yet not fast enough to interrupt the Mateen’s mission much, if at all.

“What we do know is that ISIS has carried out gay attacks throughout the world,” NBC’s host reporter-anchor claimed—something that this attentive writer (your host, the Truth Hound) had never heard before this Orlando incident. Nor does this writer recall ISIS being convincingly linked to a hatred of homosexuality in terms of the terrorist group’s official system of beliefs.

“ISIS absolutely wants to claim credit for this,” regardless of whether Mateen was simply “ISIS-inspired” or “ISIS-directed,” said another commentator on NBC News.

Furthermore, Mateen supposedly commented on the brothers who were framed in the Boston Marathon bombing—a story riddled with umpteen contradictions and inconsistencies in terms of the accepted news narrative. “That’s all in the 9-11 call, we’ve been told by authorities,” Pete Williams added, meaning that Mateen allegedly made such a comment in a 9-11 call to law enforcement several years ago around the time of the Boston incident, so as to knowingly be recorded in spouting his “hate.”

Then at 2:45 p.m. Sunday, June 12, U.S. Sen. Bill Nelson (D-Fla.) showed up in Orlando, claiming that the Islamic State actually has a “news” agency and that that agency claimed ISIS is “responsible” for the Orlando shooting. But seconds later Nelson turned around and said that the ISIS-news item is unconfirmed and that Mateen could very well have been a “lone wolf.”

“He saw two men kissing and was offended by it,” former SWAT man Shawn Henry presumptively proclaimed on the NBC newscast, in order to drive home the “lone-nut” conviction of Mateen.

Taking a different angle based on the supposition that Mateen was involved in the shooting, Zero Hedge online noted that Mateen, according to preliminary reports, “had been on a terrorist watchlist” but “still managed to obtain weapons thanks to his various licenses and permits” acquired from being “employed by one of the world’s largest security companies, where he may have had extensive clearances well above his pay grade, not to mention access to sophisticated military weapons and equipment.”

Here are other points this writer took into account: