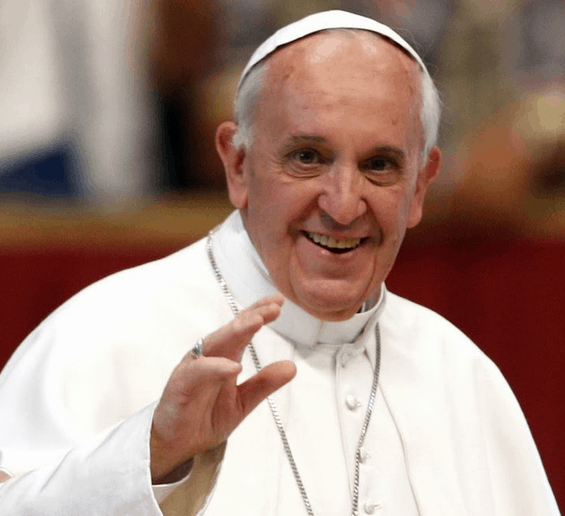 Today it was announced that Pope Francis would deliver a video message to help unite Christians in the “Next Great Awakening” at Together 2016, joining in the ecumaniacal gathering. Together 2016, also known as The Reset Movement, bringing together different religions in an effort to erase the lines of doctrinal divisions.

Nick Hall, the founder of PULSE, a prayer and evangelism movement to empower the church and awaken the culture to Jesus, says adding the Pope to the lineup is the best news yet.

“We are humbled and honored by his involvement and are eager to share his message with the crowd that gathers at Together 2016,” Hall said in a statement, reacting to the announcement that the pope has added his name to the list of speakers. “That His Holiness would choose to speak into this historic day is a testament to the urgency and the need for followers of Jesus to unite in prayer for our nation and our world.”

Hall is the college pastor who came up with the idea of uniting pastors and Christian leaders from all denominational backgrounds to join 1 million people at the free event “in hopes of inspiring true revival in the America.”

This revival movement to Unite faiths is part of the New Apostolic Reformation (NAR), started by C. Peter Wagner from the Latter Rain movement. It is counterfeit Christianity, and here’s why:  NAR isn’t an official organization, nor can it be characterized by a common creed. It is instead a loosely knit and often unaffiliated network of leaders who share a common vision and goal for the visible Church.

These (listed) are all a part of this shape-shifting movement in one way or another. It is gobbling up churches and deceiving millions who don’t even know they’ve become a part of an apostate, end-times falling away. Please read this important backgrounder: The Six Hallmarks of a NAR Church. (emph HHA)