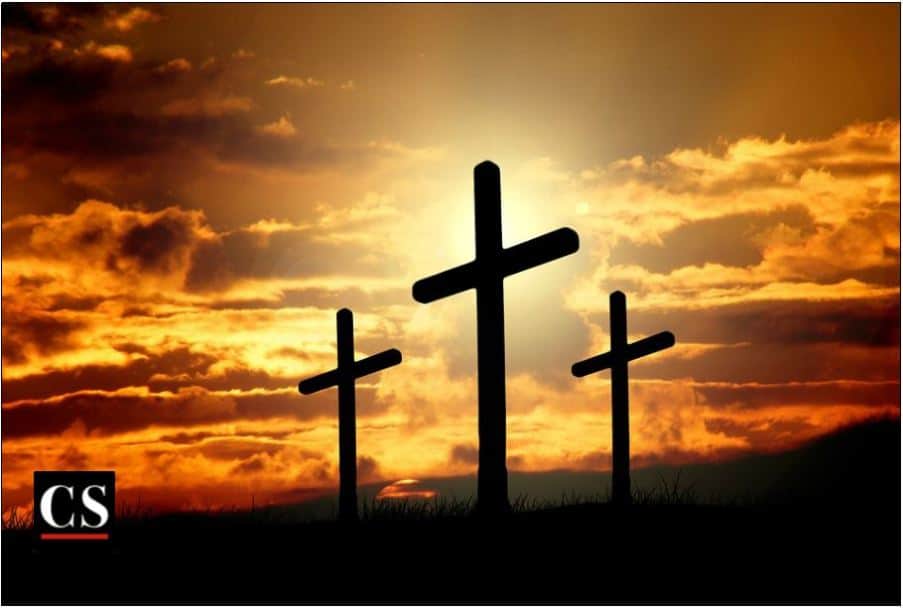 The subtle emergence of a more Esoteric or “Experiential” Christianity is not by God’s revelation nor is it by chance. It is part of a master plan to initiate Christianity into the Mystery Schools in order for it to accept a New Age “Christ.” Beware of teachings by rabbis about “hidden meaning” or “secrets” buried in the Word of God. Beware of new “Christian” teachings or events promising to produce an experience. These are not the gospel of Jesus Christ and are not brought through His Holy Spirit. They are the infiltration of occult Luciferian mysticism into His church.

And I, when I came to you, brothers, did not come proclaiming to you the testimony of God with lofty speech or wisdom. For I decided to know nothing among you except Jesus Christ and him crucified. 1 Cor 2:1-2

“H. P. Blavatsky’s influential The Secret Doctrine (1888), one of the foundation texts of Theosophy, contains chapters propagating an unembarrassed Satanism. Theosophical sympathy for the Devil also extended to the name of their journal Lucifer, and discussions conducted in it. To Blavatsky, Satan is a cultural hero akin to Prometheus.

According to her reinterpretation of the Christian myth of the Fall in Genesis 3, Satan in the shape of the serpent brings gnosis and liberates mankind.” – Blavatsky the Satanist

The Origins and Intent of Esoteric Christianity

In Theosophist Richard Smoley’s article, “The Future of Esoteric Christianity,” he refers to Christianity as merely another “death and resurrection myth,” an “exoteric” teaching, underneath of which lies a secret, “esoteric” truth.This is vital for Christians to understand in light of teachings that have crept into the church about esoteric experience and “mysteries.”  Smoley writes,

“…The exoteric level was a story given out to everyone; most people believed it naively. But when someone suspected that there was more to this myth than met the eye, he or she was taken aside and initiated into its real meaning.” (emph mine)

Of Christianity, the Smoley states that,

” the exoteric meaning: that Christ came down from heaven, died for our sins, was raised from the dead, and so on…. these teachings were never esoteric; they were common knowledge even in antiquity.” (emph mine)1

“Moreover, since he [Celsus] frequently calls the Christian doctrine a secret system, we must confute him on this point also, since almost the entire world is better acquainted with what Christians preach than with the favorite opinions of philosophers. For who is ignorant of the statement that Jesus was born of a virgin, and that He was crucified, and that His resurrection is an article of faith among many, and that a general judgment is announced to come, in which the wicked are to be punished according to their deserts, and the righteous to be truly rewarded? And yet the Mystery of the resurrection, not being understood, is made a subject of ridicule among unbelievers. In these circumstances, to speak of the Christian doctrine as a secret system, is altogether absurd.2

In other words: according to occultists, Christ coming down from heaven, dying for our sins and being raised from the dead; the very Cornerstone of our most precious faith and hope, is too shallow; too “exoteric” for these prideful teachers.

The goal of the esoteric schools is to indoctrinate Christians into this view. 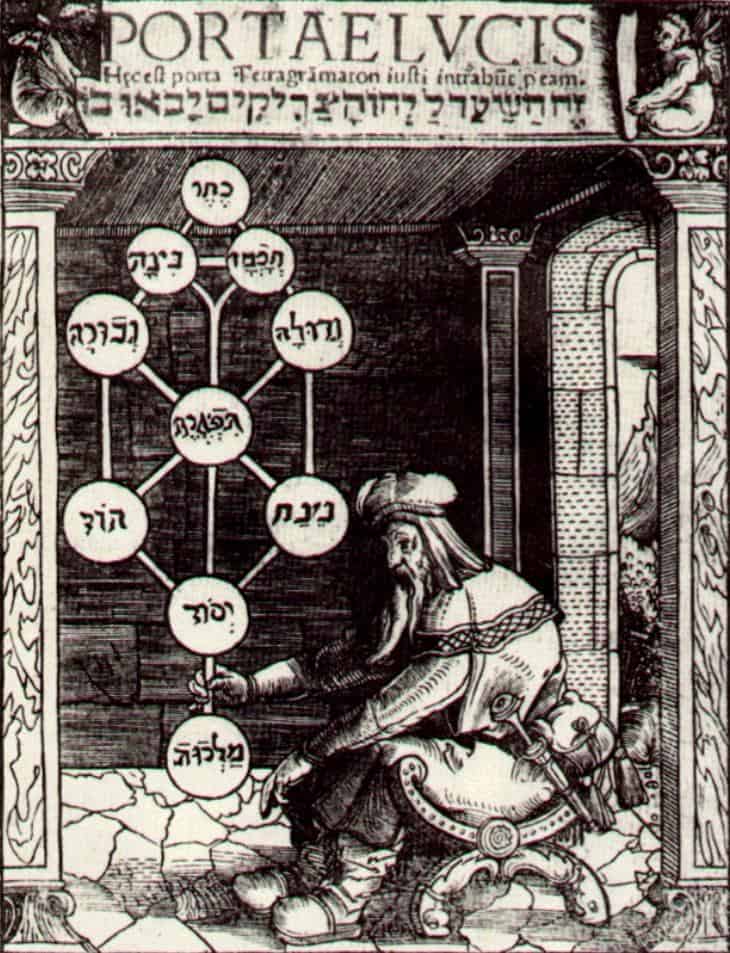 Kabbalah, Freemasonry and Theosophy all have the same root, which is depicted by the Kabbalah Sefirot tree. These things, which they have been kept hidden in secret are now being “released.” According to the writings of occultists, “Kabbalah Initiation” must occur worldwide before their “Moshiach”/Messiah can return. Their “assignment” is to initiate Christians into Kabbalah. This is being accomplished in part through high-profile false teachers. Alice Bailey said :

“Very definitely may the assurance be given here that, prior to the coming of the Christ, adjustments will be made so that at the head of all great organizations will be found either a Master, or an initiate who has taken the third initiation.  At the head of certain of the great occult groups, of the Freemasons of the world, and of the various great divisions of the church…will be found initiates or Masters.” (Initiation, Human and Solar, pp. 61-62)

“Initiation, or the process of undergoing an expansion of consciousness, is part of the normal process of evolutionary development…Before many centuries pass the old mysteries will be restored…an inner body will exist in the Church” and “the taking of the first initiation will, before so very long, be the most sacred ceremony of the Church.” (Initiation, Human and Solar, pp. 9, 12)

“The Christian church in its many branches can serve as a St. John the Baptist, as a voice crying in the wilderness, and as a nucleus through which world illumination may be accomplished.”   (Alice Bailey, The Externalizing the Mysteries, Lucis Pub., 1957, p. 510)

“…in our generation we are close to the completion of the last period of the world. Therefore, we have been permitted to reveal the teachings of the Ari and those of the Zohar in a most significant measure to the world. From our generation onwards, the words of the Zohar will begin to be revealed more and more until their whole measure is revealed according to the will of G‑d.” 3

Kabbalist, Gnostic, occult teaching are focused on mysteries which are only to be interpreted by the “initiates”. This is the ear mark of occultism. In the Christian Research Article “What is Kabbalah?” Elliot Miller writes:

“… In my years of research in comparative religions I have become persuaded that essentially there are only two metaphysical interpretations of reality available to us: the Biblical and the occultic. In seeking to support the inspiration of Scripture, the Jewish Kabbalists applied to it a method of interpretation foreign to Scripture, but familiar to the occult, and thus these Jews slipped over from a Biblical understanding of reality to an occultic one.”4

Watch for buzz words, like “initiates,” such as in the Tres Dias weekends, “Shekinah,” the occult feminine manifestation of god,  and “Paradigm,” the title of Jonathan Cahn’s book, just to name a few. In Alice Bailey and Helena Blavatsky’s writings, as well as those of noted New Age leaders, for example, Paradigm is a key word. The occult plan for a globalist, one world religion requires a “paradigm” shift, toward all becoming “global citizens” united under one spiritual view. They speak of a new paradigm that is coming.  Again; this is all initiating Christians into the esoteric mysteries.

“The basic belief of Theosophy is that nature does not operate by chance, and every event, past or present, happens because of laws which are part of a universal paradigm” 5

Talking about his booklet, “To Deception – How New Age Infiltration is Destroying the Church”, Author Gregory Reid writes:

“The church has opened the door to the New Age. What started out as just a crack has now become a wide open door. In just a few short decades, the walls of biblical discernment have been so completely torn down that not only do the majority of church goers seem completely oblivious to the deception that has entered, many of the church’s leaders are actually promoting the various avenues through which the New Age/New Spirituality has come in. This is exactly what Theosophist leader Alice Bailey predicted would be part of the New Age infiltration into the church:

“The Christian church in its many branches can serve as a St. John the Baptist, as a voice crying in the wilderness, and as a nucleus through which world illumination [New Age thought] may be accomplished.”

This paradigm shift has been underway for some time.”6

“Romans 11:34 rhetorically asks, “Who has known the mind of the Lord?” In this day and age, many men and women are now claiming that they know the mind of the Lord, the secrets of God, and the hidden thoughts of the Almighty. They come equipped with new prophecies, teachings, and doctrines; often validated by fantastic experiences, signs and wonders, and great proclamations of “thus saith the Lord.”

Beware of those who proclaim an experienced-based “esoteric” version of Christianity, rightly teaching that Jesus was God, but adding a message of an internalized “Jesus spirit” and/or self-deification to the gospel. Jesus said in Matthew 24,

“Watch out that no one deceives you. For many will come in my name, claiming, ‘I am the Christ,’ and will deceive many.”” 7

The Bible teaches us to EXPOSE the works of darkness, not pursue secret esoteric mysteries.

“Take no part in the unfruitful works of darkness, but instead expose them. For it is shameful even to speak of the things that they do in secret. But when anything is exposed by the light, it becomes visible, for anything that becomes visible is light. Therefore it says,

Jesus warnings are recorded in Matthew 24, and the apostle Paul writes,

“For the time is coming when people will not endure sound teaching, but having itching ears they will accumulate for themselves teachers to suit their own passions,” 2 Tim 4:3

“Now the Spirit speaketh expressly, that in the latter times some shall depart from the faith, giving heed to seducing spirits, and doctrines of devils” 1 Tim 4:1.

These times are upon us. 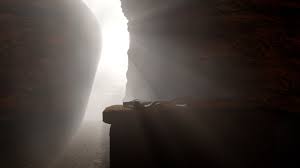 The true Christian life is built on the Atonement of Christ alone.

…present…your members as instruments of righteousness to God.  Romans 6:13

I cannot save and sanctify myself; I cannot make atonement for sin; I cannot redeem the world; I cannot right what is wrong, purify what is impure, or make holy what is unholy. That is all the sovereign work of God.

Do I have faith in what Jesus Christ has done? He has made the perfect atonement for sin. Am I in the habit of constantly realizing it?

The greatest need we have is not to do things, but to believe things.

The redemption of Christ is not an experience, it is the great act of God which He has performed through Christ, and I have to build my faith on it. If I construct my faith on my own experience, I produce the most unscriptural kind of life— an isolated life, with my eyes focused solely on my own holiness.

Beware of that human holiness that is not based on the atonement of the Lord. It has no value for anything except a life of isolation— it is useless to God and a nuisance to man. Measure every kind of experience you have by our Lord Himself.

We cannot do anything pleasing to God unless we deliberately build on the foundation of the atonement by the Cross of Christ.

The atonement of Jesus must be exhibited in practical, unassuming ways in my life.

Every time I obey, the absolute deity of God is on my side, so that the grace of God and my natural obedience are in perfect agreement.

Obedience means that I have completely placed my trust in the atonement, and my obedience is immediately met by the delight of the supernatural grace of God.

Beware of the human holiness that denies the reality of the natural life— it is a fraud.

From My Utmost for His Highest Updated Edition

6. Lighthouse Trails Author. “NEW BOOKLET: Progression to Deception: How New Age Influence is Destroying the Church—One Step After the Next”. lighthousetrailsresearch.com